In this series of updates I'll document the development process of the game in detail, post timelapse videos of the work, and talk about some features and implementation of it.

I'm Stefano, and I recently graduated in Computer Science, and with that done I can finally work seriously on my project, which is temporary called "Project_BuildTutto".

This is the first timelapse video of the development process of the project,
ideally there will be daily video like this.

The idea for the game

Project_BuildTutto is a managing-crafting-simulating-mindmelting game where you have to manage a company that builds buildings. To build those buildings first you have to build all the things: walls, cables, generators, furniture, facilities, and so on. All these things can be built however the players wants because he will start the game with only raw materials as resource and, through a blueprint system, he will have to invent all the items he will need.

By "however the player wants" I mean that, for example, to build a wall he first have to build bricks, and to build those bricks he can use whatever raw material he want (raw iron will make iron brick so he will make an iron wall, but raw paper will make paper bricks and he will make a paper wall which will collapse on itself if he build stuff over it!). With this logic the player would be also able to make engines with cloth which will catch fire as soon as he starts it up. Or maybe, if he is really rich, he could even make gold engines which will be a bit more resistant but also a lot heavier.

Once the player invents all the things he need through this blueprint process he will be able to set orders to his employees to build stuff in his factory. This location will be a level that you build yourself with your things, and it will be the production site where you build all the necessary items to transfer to the various location where the player will be asked to build the right buildings.

The goal of the game will be to satisfy all the requests for buildings and optimize their revenue that will be shared with the player.

Right now the project is in a super early stage and there is no game right now. I'm still building the basic structure of it, but I decided to start early the devlog here to be able to document every part of the development and let all the people interested in it know what I'm doing and how the project is growing step by step.

Enough talk, show me what you have now.

Right, here is a screenshot of it: 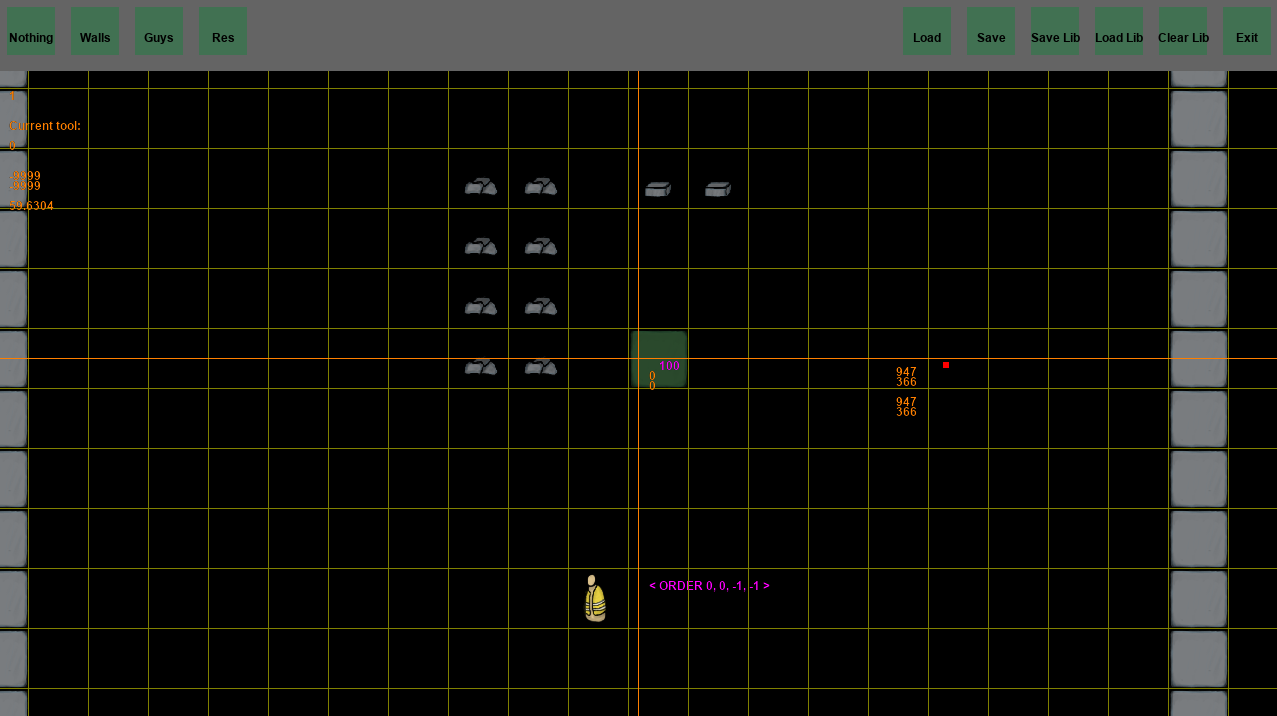 Not really exciting, huh? Well, as I said I'm focussing this early development on the actual basic mechanics so maybe a gif will explain better what the game right now *can* do:

The plan is to work full time on it and record myself working everytime I can, so everyday I should be able to post on Youtube a timelapse video showing roughly the progress and with a public changelog made with Google Spreadsheet anyone can see exactly what I did that day. This should help others keep track of the project as well as helping me working seriously and clean.

So, if you are curious to see how things will go feel free click any of these links:
Discord Server: Discord.gg
YouTube channel for Timelapses: Youtube.com
Twitter: Twitter.com
Changelog: Docs.google.com