A new exporter to Mafia's format made the ingame implementation a lot faster. After a huge cleanup of the mess called Mafia's modded game directory, I am now focusing on implementing all the currently finished areas into the game before modelling new ones. It will make the mod appear as... an actual mod.

A new exporter to Mafia's format made the ingame implementation a lot faster. After a huge cleanup of the mess called Mafia's modded game directory, I am now focusing on implementing all the currently finished areas into the game before modelling new ones. It will make the mod appear as... an actual mod.

It look lots of testing, and rebooting Mafia more times than I've ever done it in the years prior. But I've now established a workflow regarding implementation that seems somewhat sustainable. As a first test, I implemented one of the toughest areas; a corridor.

These are lengthy, wrap around rooms, and have noticeable curved floors due to the ship's sheer. Also any artifacts from bad implementation become most apparent in an area with so much repetition.

Exhibit A, the B deck 1st class hallway: 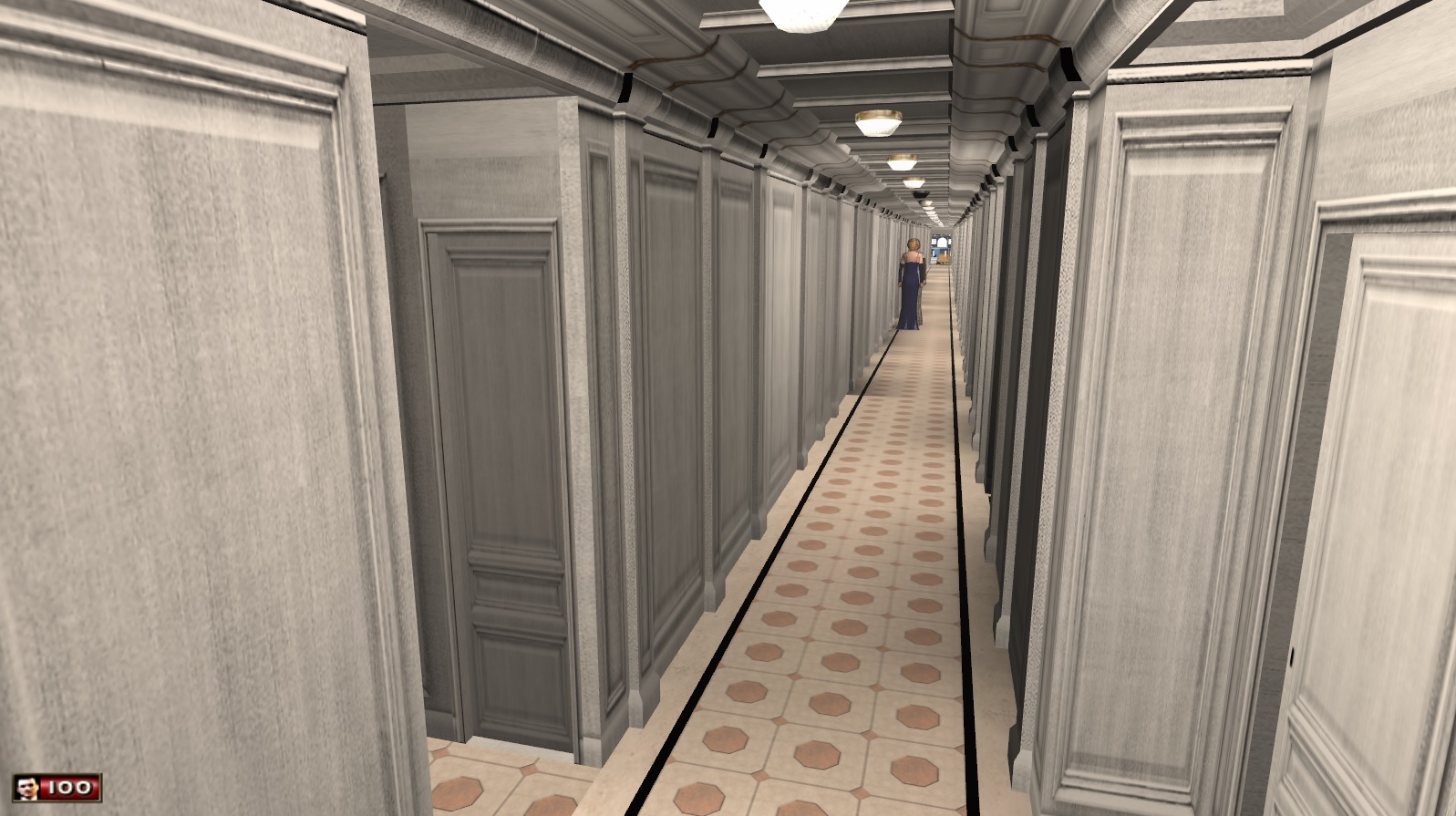 This corridor is most often seen in Cameron's film, although within there the style is much different as well as the area being much bigger. If I were to walk in this corridor today, I'd have to duck when entering a stateroom.

Implementation starts at modelling a collision model which invisibly overlays the visual model. This is made so that all surfaces are as simple as possible in order to prevent the player from glitching behind little nooks and crannies. 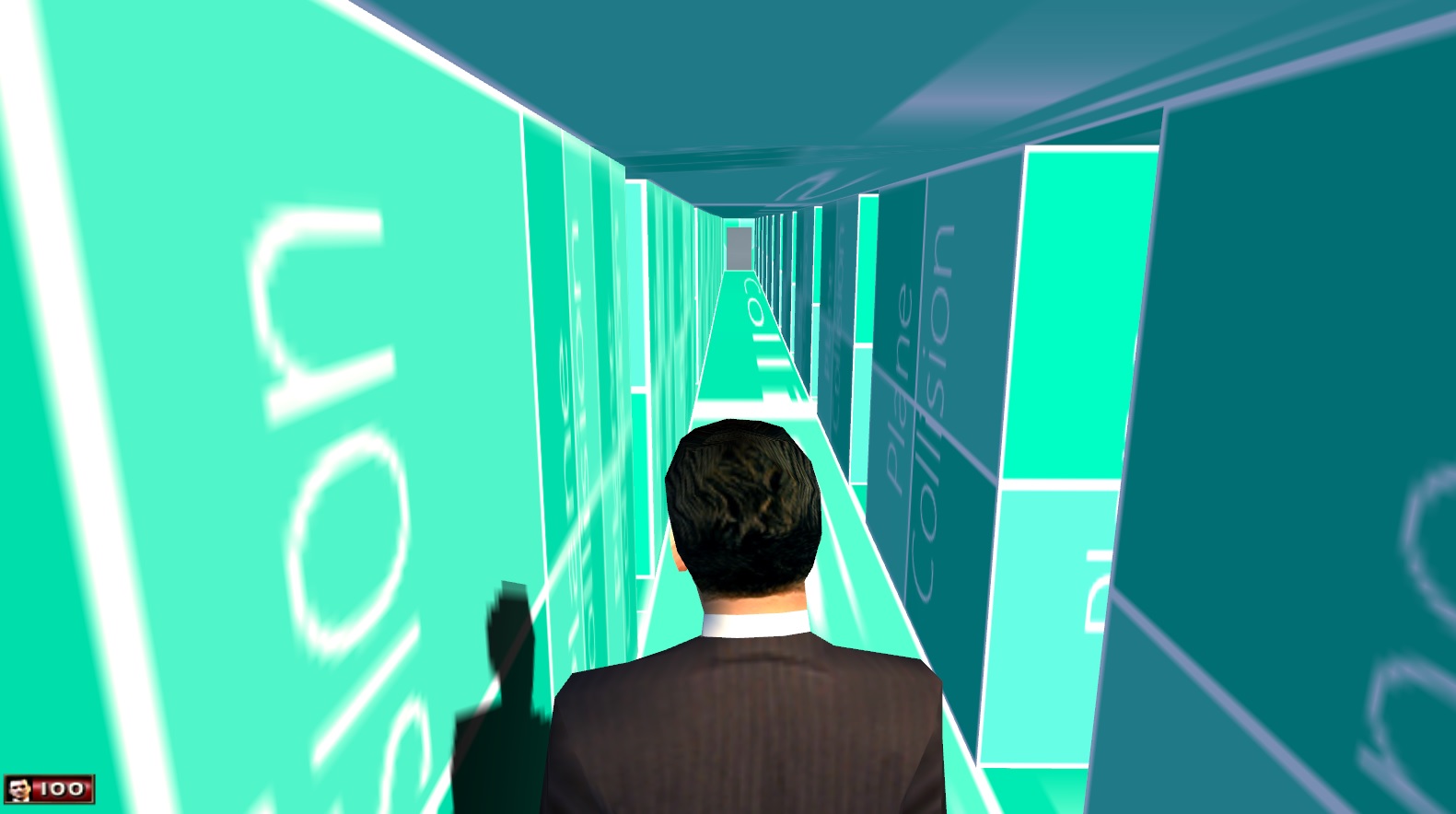 Once the collisions are all tested and OK, it is time to create sectors.

Sectors are invisible square boundaries in which models can be isolated from whatever is outside of that boundary. This is essential to not only separate interior from the sun, but also to separate various interior spaces from each other in order to create unique atmospheres. Lighting can only be baked when the proper lights and models are isolated. Plus, sectors are a huge optimization factor, because they hide everything that is not in sight outside of them. Simply put, they keep the mod from running at 2FPS.

That said, sectors are by far the worst thing to create due to the limited toolset available. One wrong vertex and the game crashes or goofs up. You can imagine that a curved ship with no straight hallways is quite the nightmare to work with when sectors are limited to just a square region that cannot be rotated in any direction.

Below you can see a part of the hallway without any sector applied to it yet, and a part of it which has. 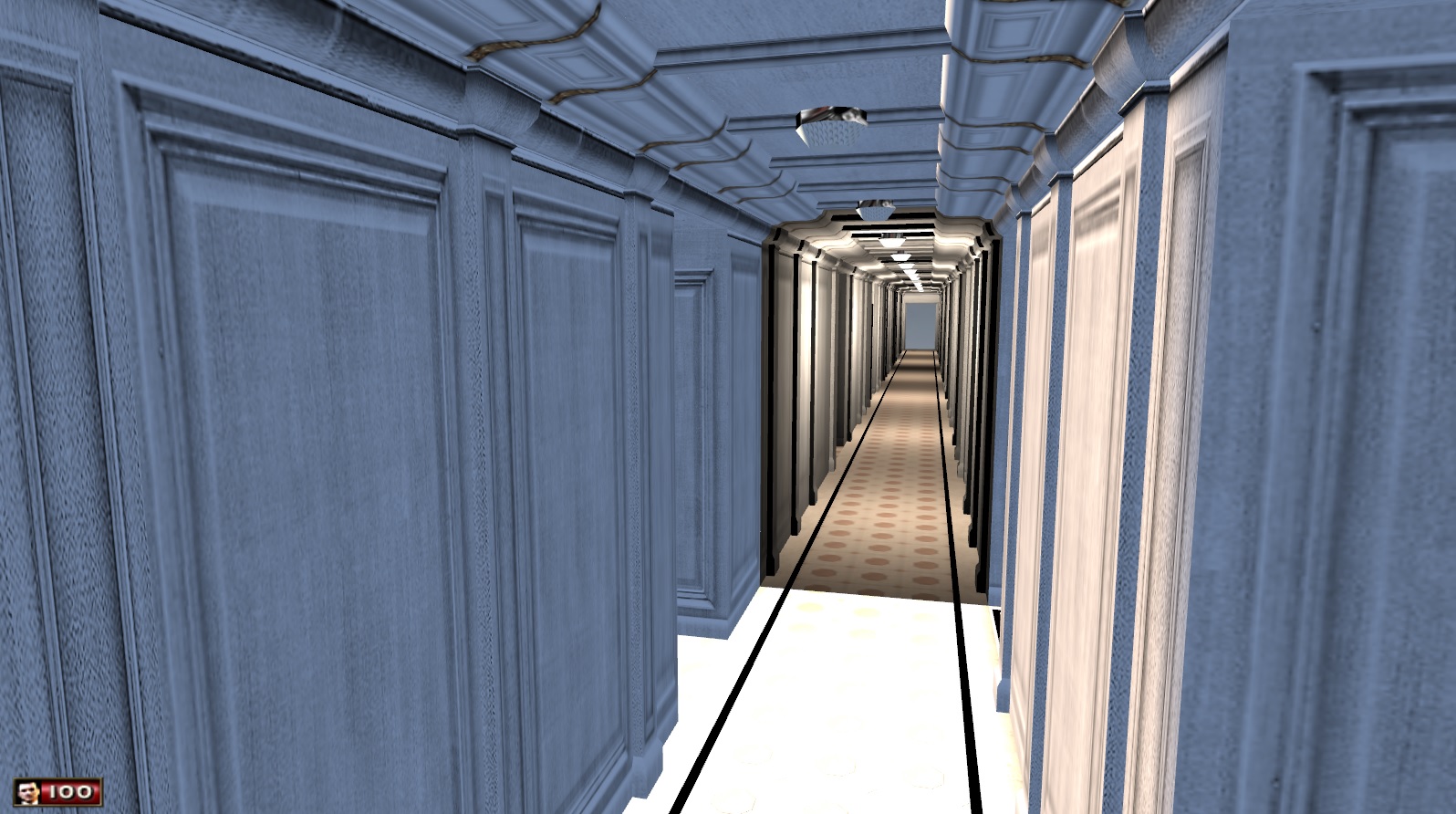 And with all the sectors in place, lights can be added: 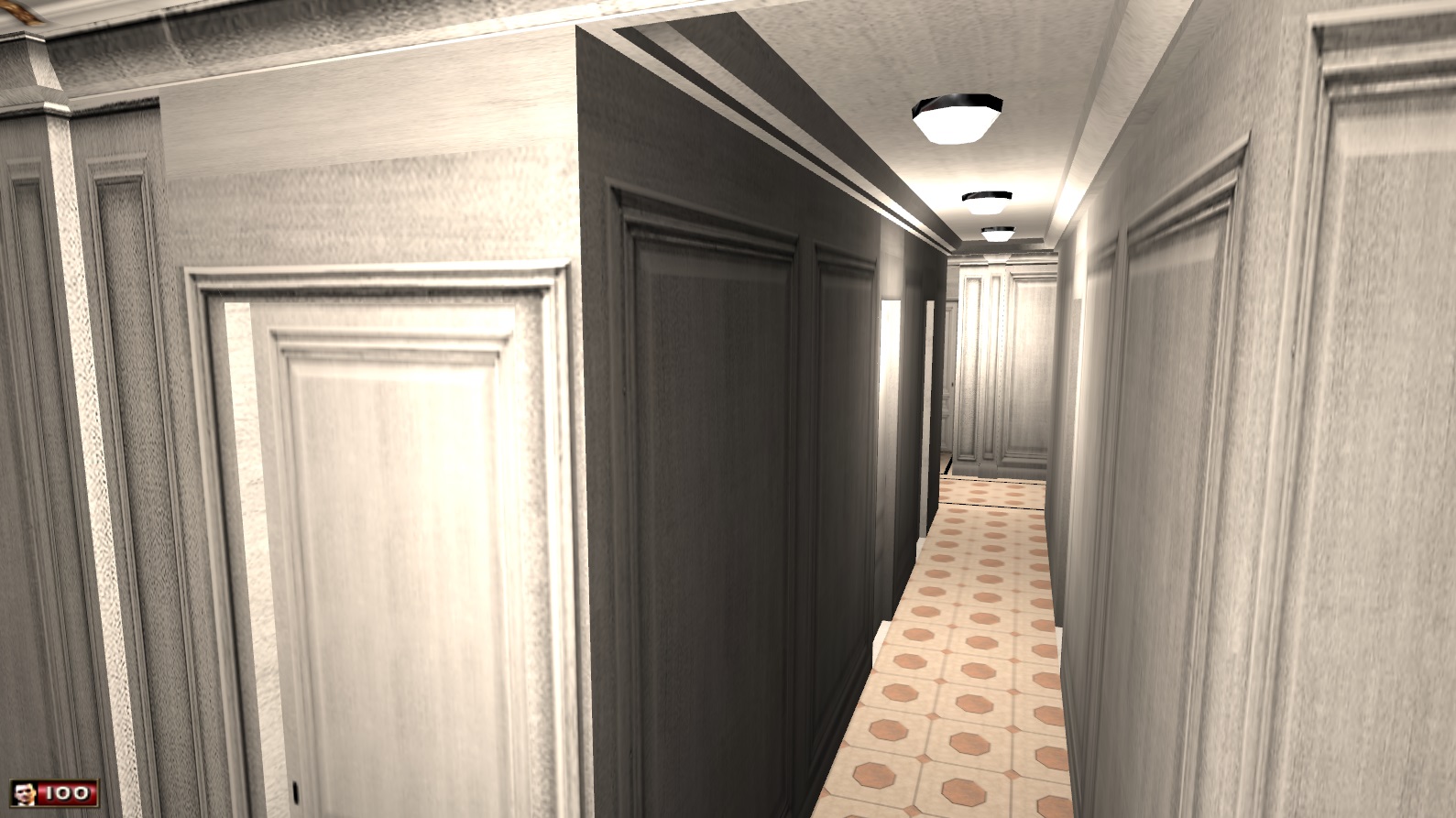 Once all the lights have been prototyped in a testing stage. The whole thing can be hauled over into the main scene. 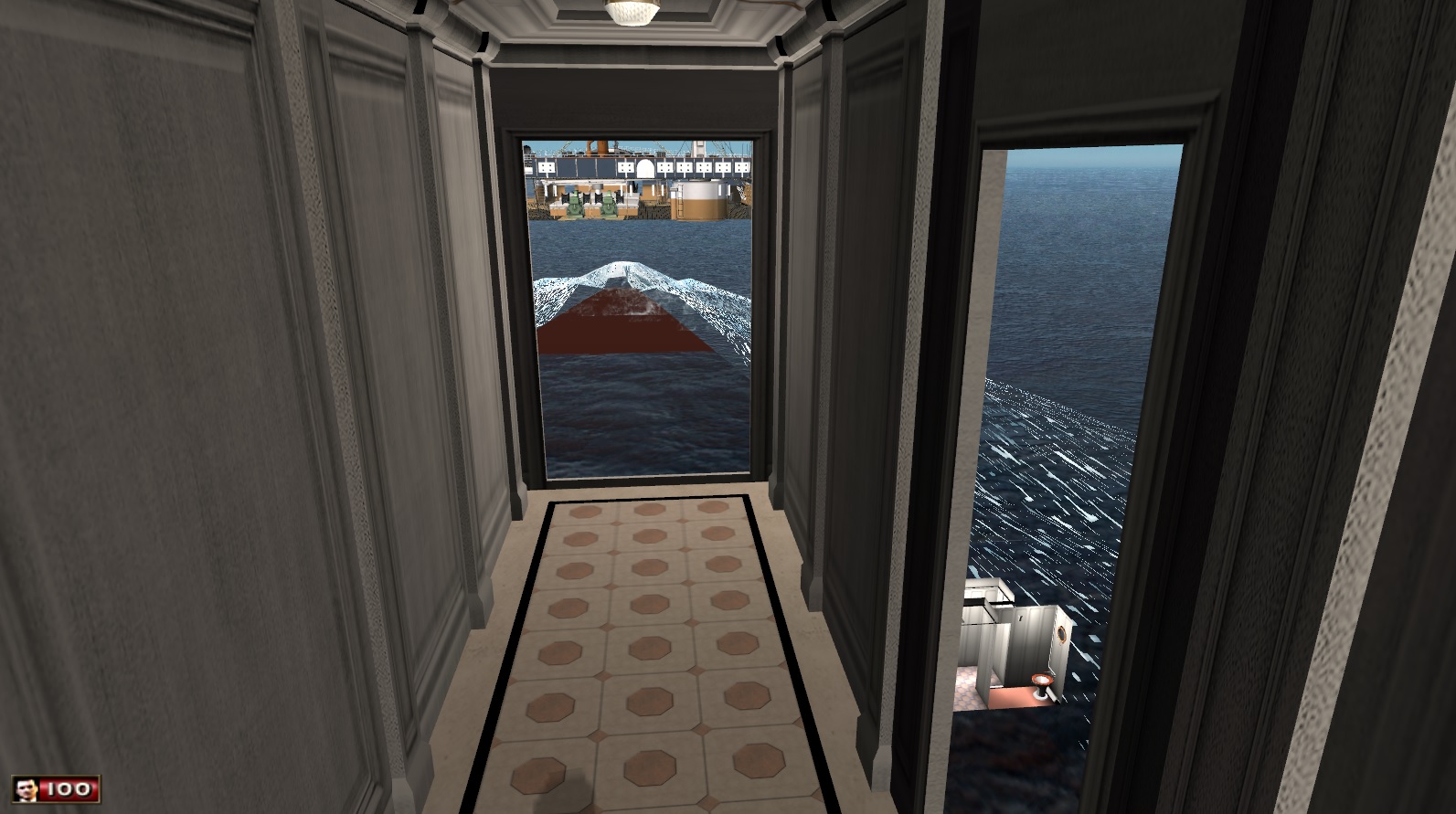 Now it's time to decide which area to put in next.

Nice seeing news from you, hope everything is well virus wise where you live, is also good that you have a new tool to make the work go faster. Can't wait to see it done, but i'm patient.

Really nice, though you should update the progress plan.
its three years old man

There hasn't been done much new stuff area wise. Ingame implementation goes for areas already marked green, so the chart remains unchanged once an area goes in. Perhaps I need another color for that, but it would become a disco I fear.

Dope, keep up the good work!

Great work, stay safe and thank you for the update!

Always heightens my mood whenever I see/hear an update from you. Hope you're doing well this time around!

Still so glad with each new update you release!!

Being a longtime Titanic buff and having read many books, I want to express my gratitude for all your hard word and dedication with attention to detail and your obvious love of all things Titanic. I hope you will continue with the same hard work and dedication to see this mod thru to its conclusion, I will look forward with baited breath for each installment. I would suggest a mailing list with progress updates and opportunities for beta testing. I think Beta testing for die hard Titanic lovers could give you valuable historical input. Keep up the good work. I can be contacted at james.alden1@gmail.com if technical and historical input is desired. Congrats on your masterpiece.