A quick update on the progress of the Infinities mod.

Prior to the release of Heinlein the team got together to talk about the upcoming changes that would be made to the game. We decided that it was the perfect opportunity to let us make some fundamental changes to our mod. One such change is the way we address the mod. Total Conversion does not fit because the goal of this mod is not to over-write any of the base game. Instead we should be treating this as an Expansion to the base game. This approach is intended to preserve the default factions, technologies and events and make them viable and balanced against Trek races. As a team we have stated from the get go that we are in this for the long game and are not going to rush to put something in your hands that is not ready, we have always put quality above speed and we will continue with that mindset. 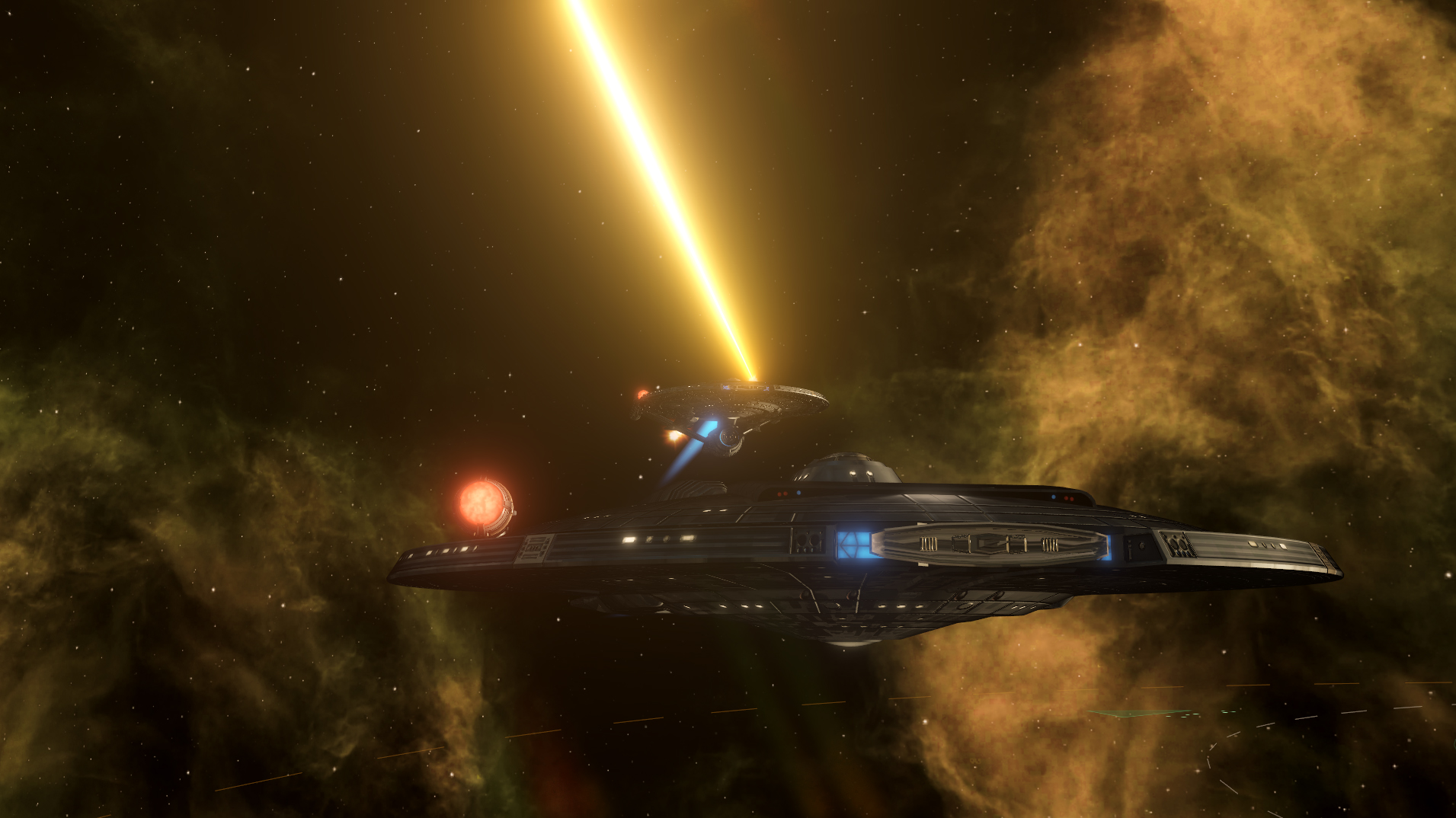 The obvious question is how does this change affect Border Wars. Due to our shift in focus as well as the delay in Heinlein’s release we will unfortunately not be releasing the Border Wars demo. However what this means is you will get a hold of a complete product as opposed to simply a demo. As we started to learn more about Heinlein, we realized it meant a rebuild of our models and at the same time showed us additional opportunities for new features. This meant we didn't want to just settle for a demo and we could use it as a good launching point to release more for you. The decision was made by the team that a more complete mod was required.. Allow me to give you a brief rundown what you will get at launch with Infinities.

In addition to the mod we will be releasing episode themed modules in a similar fashion to the Plantoid pack offered by Paradox. The idea behind it is that the main mod will be updated whenever something affects the core of the game and the modules will allow us to expand the game with new content without changing the core mod files. This enables us to produce a much smaller initial mod as well as create an upgrade path. This will especially be helpful for the Steam Workshop. What will be in the modules? As an example one module could be called the Dominion and it would include everything from ships, portraits, weapons, custom tech tree, etc.. 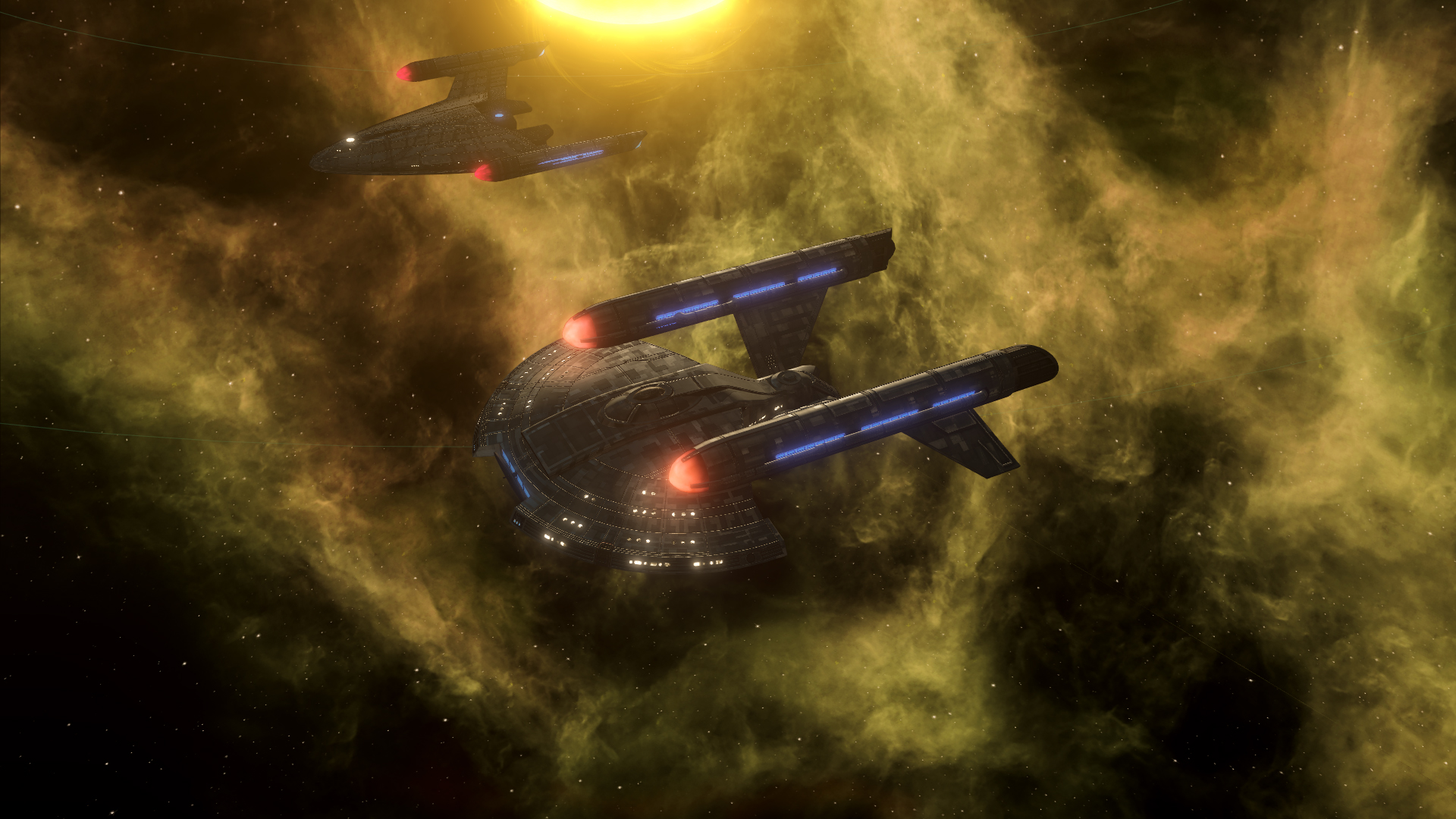 As you can see we have a lot planned (and some things we'd like to keep a secret for now). We are not ready to give a release date but rest assured progress is ahead full.

Love the idea of the separated faction mods, that's genius! One question though is will the portraits update to match new era uniforms? Didn't realise there was support for that, if so!

I honestly don't know if there's support per se but my experience with other Clausewitz games (mainly Crusader Kings II, but also March of the Eagles and Europa Universalis IV) leads me to believe that if it isn't it could probably be achieved using events. (For example they could probably use an event to replace all humans with another (otherwise identical) species whose only difference is the clothing. Obviously this wouldn't be the most elegant solution but it would probably work.)

I love every thing so far apart from the fact that I was hoping that it would be a total conversion, like star trek new horizons but with the quality and game play that made armada 3 so popular.

Thing is, we did not want to get rid of the stock races. We want them to exist a long side our mod to populate the galaxy and make it more diverse. And also a total conversion would mean breaking almost all events from the stock game we want to keep those as well.

Please include the Borg as late game crisis or playable faction too.

Indeed, I hope the Borg will be add as playable faction sometimes after the main races too.

It's a pity we get no demo, but I understand this and think it was a good decision. Better to have a full mod with later additional packs, then a demo whith buggy things.

Btw. do you know the Coto from the game Star Trek Legacy? Don't know which class it is, it's a kind of pre-Miranda class. Would be great if you add this class to the Enterprise era. ;)

The Coto would be the Poseidon class and yes it will be in game. As for the Borg... Wait and see.

Ah right, Poseidon class. Yeah, great to hear it will be in-game. Looking really forward to this awesome mod. :D

And since you asked...

You said that for release ships and technology start in ENT era. Does that imply that only ENT will be available at release or that later on you will be able to start a game in, say, TNG era?

only ENT era will be available at launch, with incremental updates we will add more era's :)

after such a long time, only the opposite to SOP. That makes me really sad

Would be all great, if the mod had not so gigantically announced as all-changed life experience had announced

Is there a plan for adding content for the new series Star Trek: Discovery once the show is launched this summer?

So far it looks great I hope for a release soon

Era wise I have read that it will start from Enterprise, But will TMP, TNG DS9 Etc be coming. And possible stuff and ships from STO? as there are some cool ships.