It has been 2 weeks since version 1.13 was released and a decent number of changes and fixes have been made since then already, partially thanks to the feedback you've given us.

It has been 2 weeks since version 1.13 was released and a decent number of changes and fixes have been made in versions 1.1327, 1.1332 and 1.1345, that have been released since then; partially thanks to the feedback you've given us. 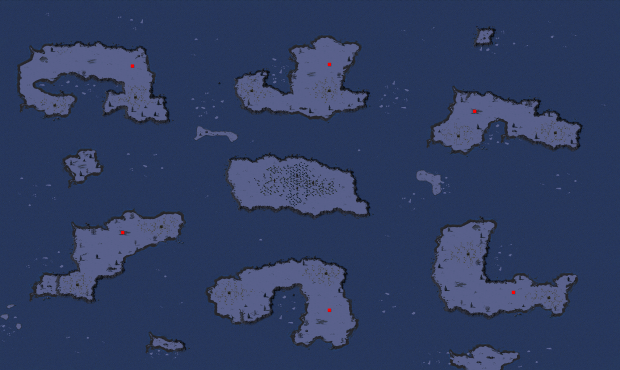 "Icy Floes" (visible in the above image) is one of two maps that were added in version 1.1332.
The second map (image below) that was added is "Freezing Offensive", which is a two-player Co-Op map. 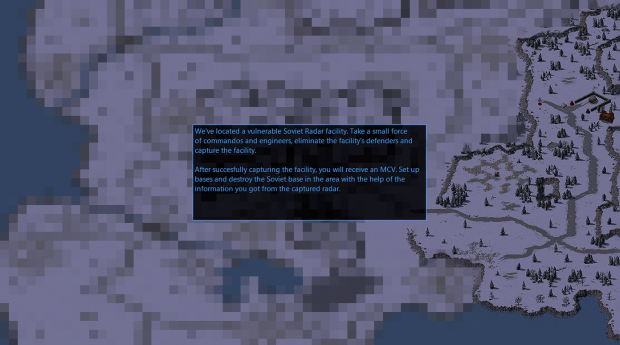 For starters, it is now possible to select Allies and Soviet in classic mode again, while a couple small changes were made to the Soviet faction in enhanced mode to make it easier for Soviet to stand its ground in the early-game phase, while making it slightly weaker in the late-game phase.

To achieve this, the Tesla Tank now costs only half as much, it can already be built when you own a radar dome and its attributes were changed to be exactly like in Red Alert: this primarily means that it's a bit weaker now and no longer has a build limit.
Soviet also no longer requires a radar dome to be able to build an airfield and in addition to this, you can finally build the unit that truly makes Soviet into what it is in Red Alert: the Attack Dog. 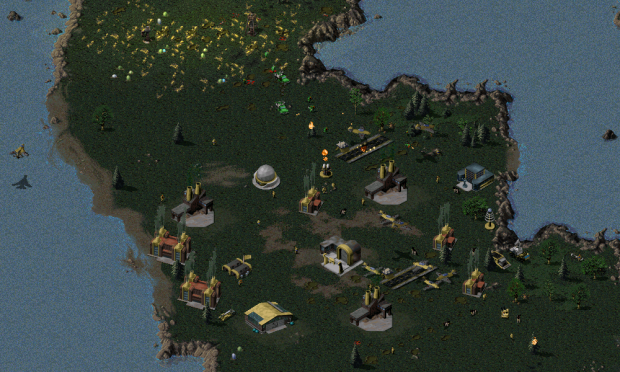 Okay, that was probably a slight exaggeration, but the point stands: you can now build kennels and dogs.

Since people appeared to be eager to be able to play "It Came From DTA" on their own, it can now be played with two AI allies in Skirmish.
Unlike before, the AI is now able to deploy its MCV in this Co-Op mission and it will build a base and units to assist you. Keep in mind that the AI won't do all the work for you however, so you need to defend your allies well to keep both them and yourself alive.

The Flak Hovercraft is no longer buildable. The Allies can instead build the Mobile Flak Cannon now (you might already have spotted it in the image above), which is equally as effective against aircraft, but has a slightly longer range against ground targets. 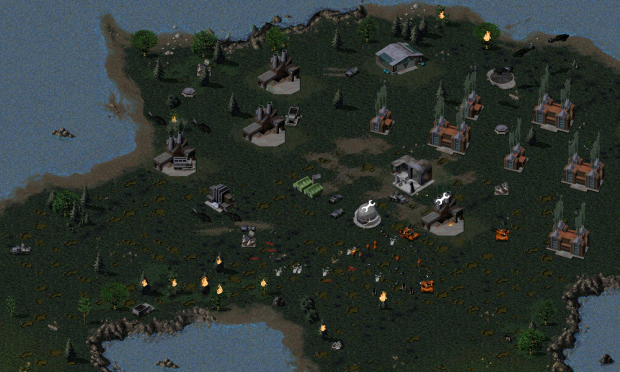 Aside from the Attack Dog and Mobile Flak Cannon, the image above also displays the greater variety of craters that has been added in version 1.1332 (there used to be only 5 different craters, which has now been increased to 30 different craters) and the smoke animations for the ore refineries.
Constant faint smoke now comes from the ore refinery while it's idle (as seen on the right side of the image), which becomes thick for a few seconds after a harvester has dumped its ore (seen on the left side of the image).

Some other changes and additions that were made are that meteors that fall when the "Stormy Weather" option is enabled no longer spawn tiberium (this way base building is no longer hindered after a storm), naval yards and sub pens now have animated water around the edges, hovering the mouse over a game option will now display a description of what it does and the client will now display embedded map preview images that were generated by the map editor.
You can view the Change Log to see a full list of all changes since version 1.13's release. 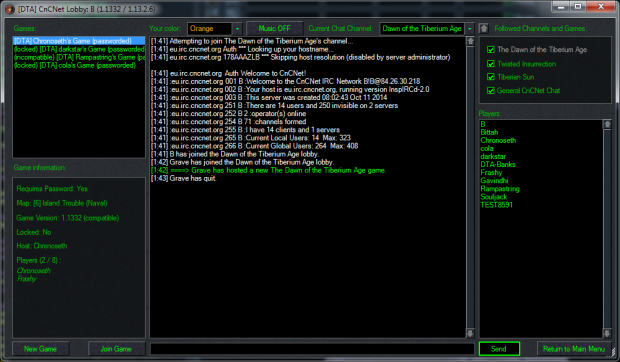 As you can see in the image above, a decent number of people have been playing DTA online lately, so join in if you have the chance; the more the merrier.

We're far from done with working on DTA, so you can keep expecting frequent updates from now on as well and please keep reporting any bugs you find so that we can address them as quickly as possible.

A quick note to Nvidia users running Windows 7:
Several people owning Nvidia graphics cards complained about bad performance and glitching ingame menus in Tiberian Sun and thus also TS mods such as DTA.
After further investigation I found that these issues were introduced with driver version 344.48 and these issues persisted with all driver versions that were released after that as well (the latest version being beta driver 347.09 at the time of this post). The latest driver version with which DTA still runs properly is 344.11.

I already submitted a bug report to Nvidia, but until they release a new driver that fixes this, you will either have to roll back to driver version 344.11 (you can download old GeForce drivers from Nvidia.com) or you could try using the TS-DDRAW renderer setting in the options menu of DTA's client and see whether that already gives good enough performance.

Thanks for the Ant mission. Fair bit more interesting now. (And I swear I'll try and run a game through CNCnet...eventually.)

Thank you for the ant mission updates! As long as the AI actually helps and defends, I'm cool with doing the work myself! :-P

I'll have to check the change log for bug fixes, because I saw a lot of them when playing the last version.

Are any of the bugs you noticed before still there?