Progress report and information regarding A World of Ice and Fire modification.

I have been fairly quiet recently regarding news and updates. Including the update of the 2.51 build.

But as they say 'no news is good news' and in this particular case, it is pretty good news.

I have decided to update the website. Before it was unfinished and never used, so I would like to use it as a hub to view information and news of this mod and any other mod I create in the future.

Please feel free to visit and share any feedback. 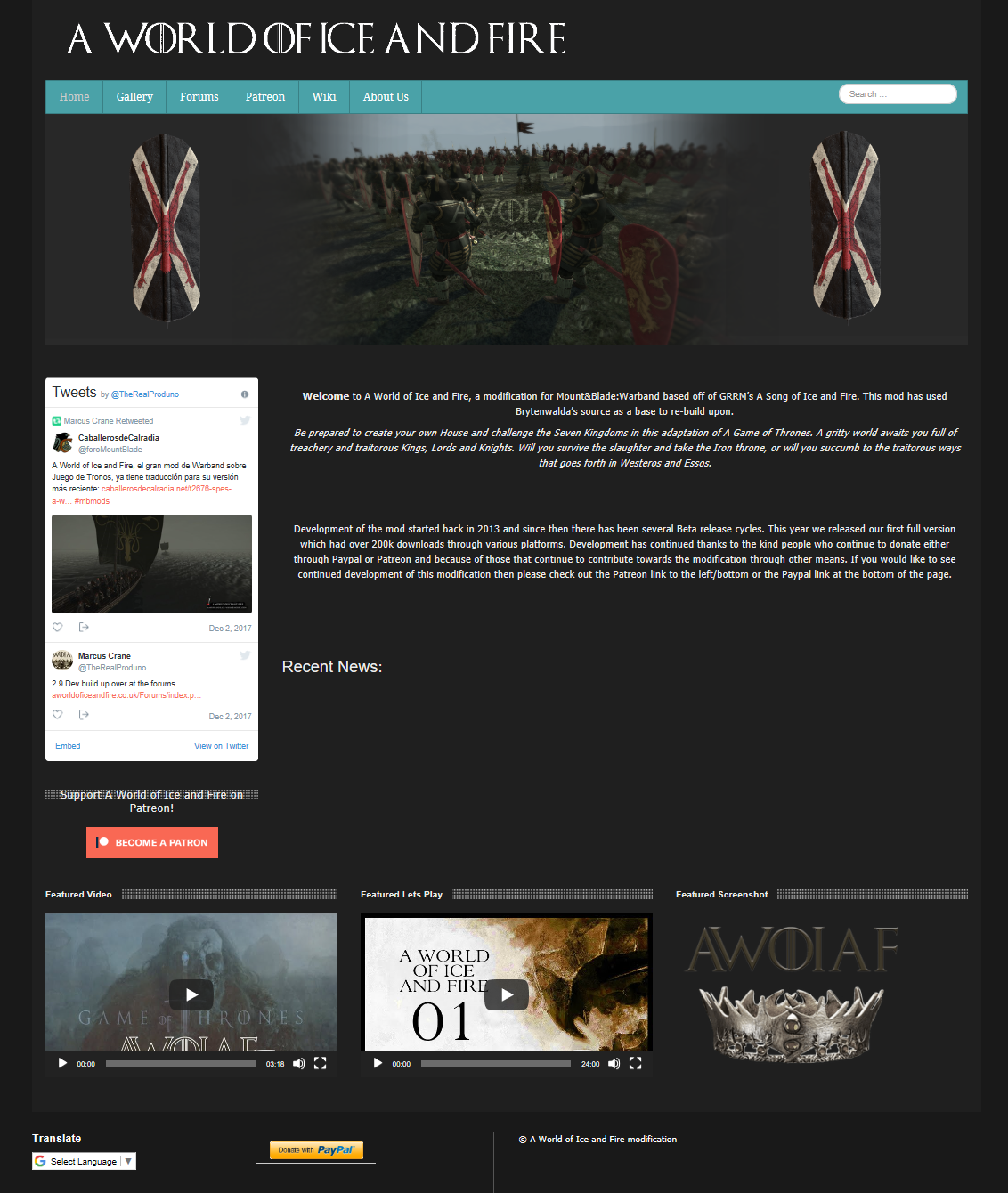 I had recently started posting some pictures of items that made it into the last updates but were not shown here. 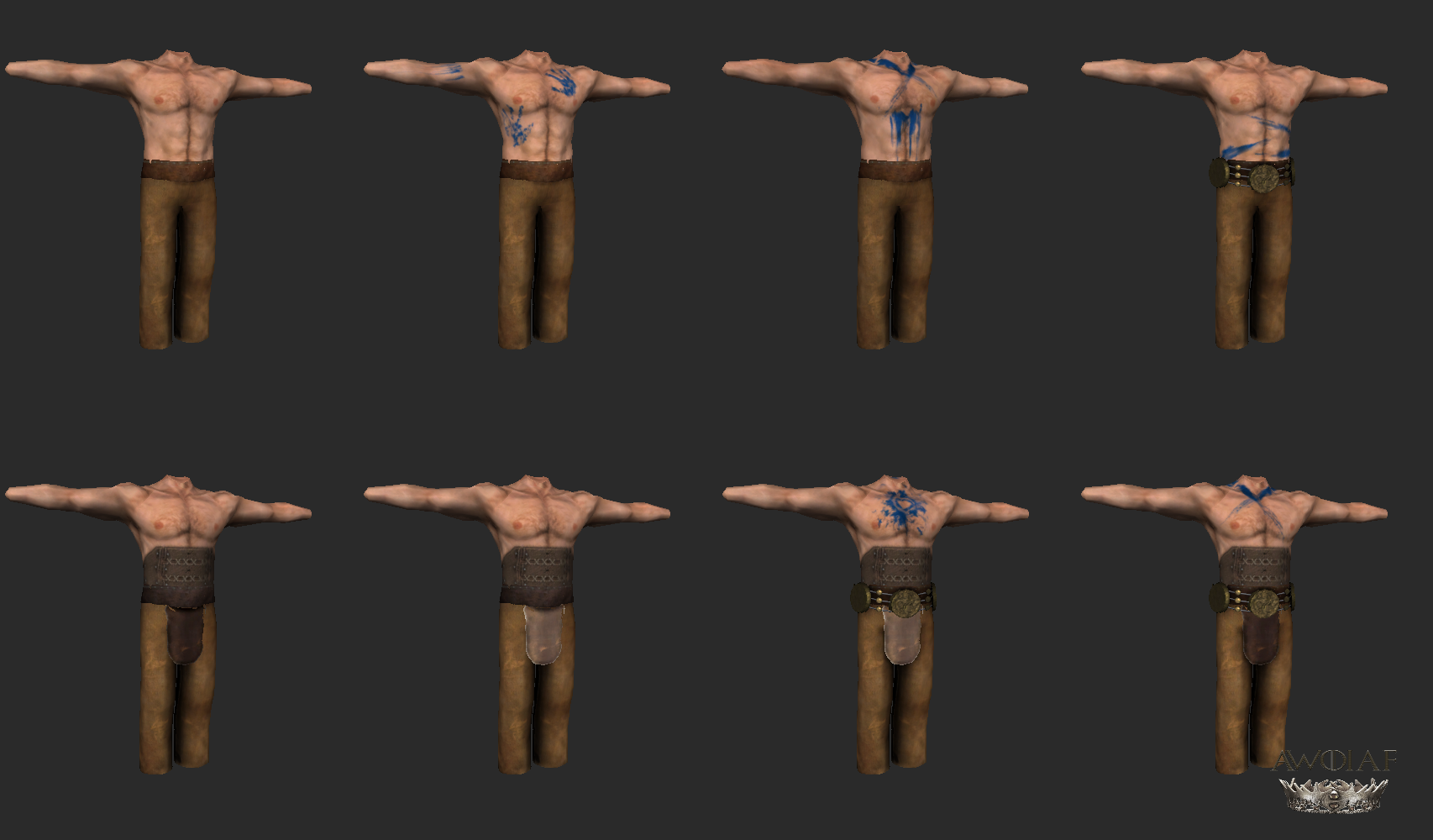 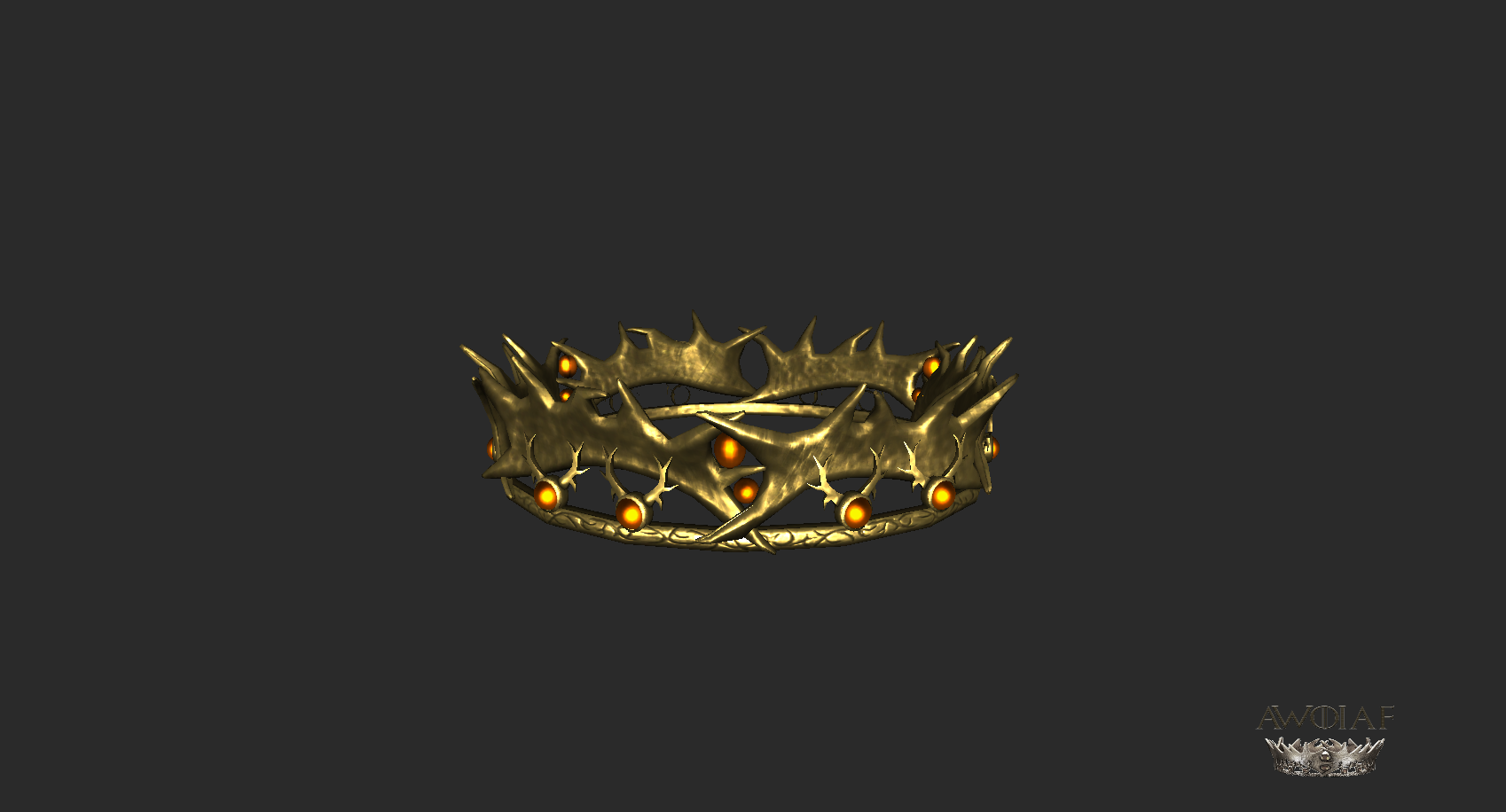 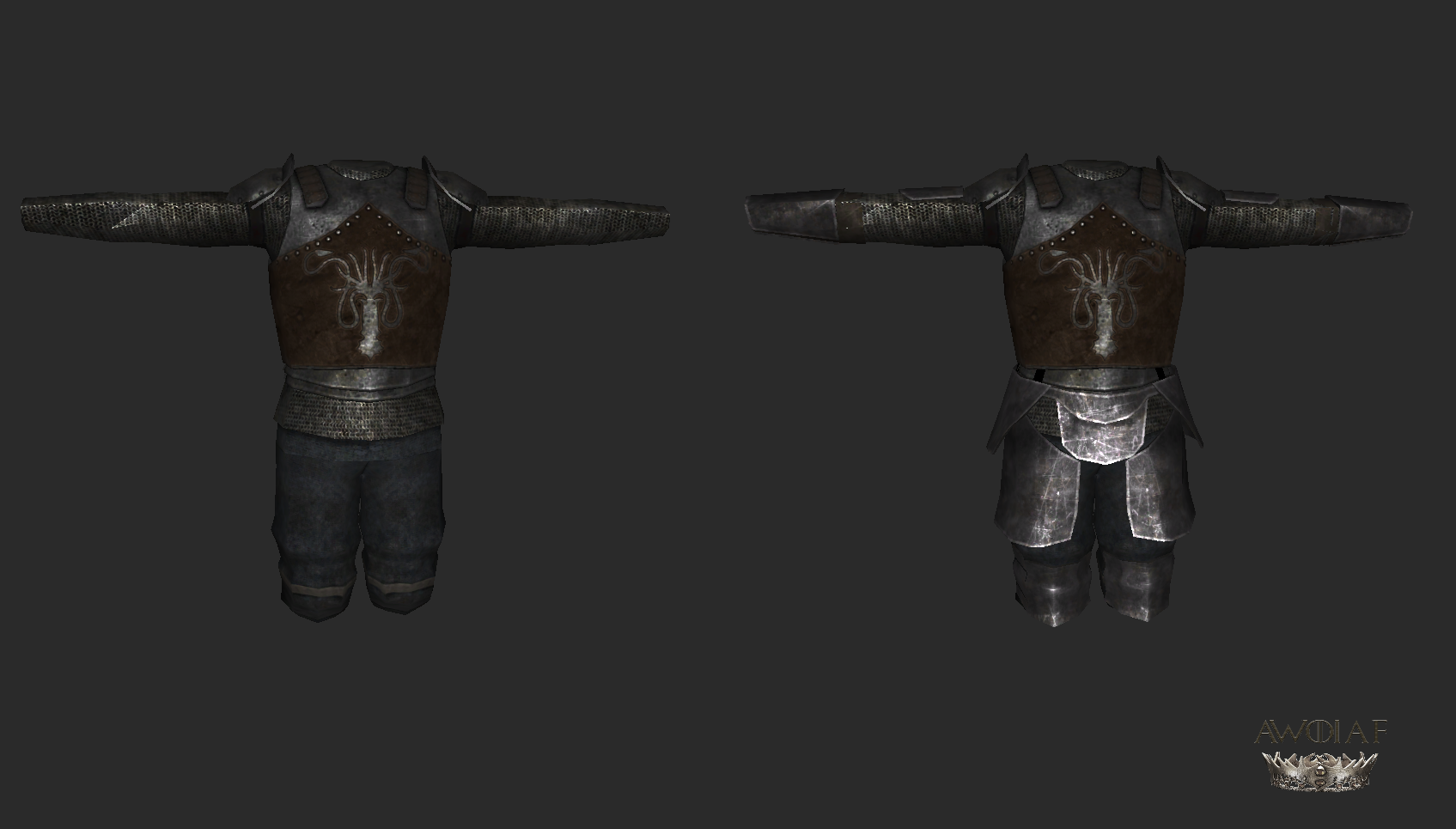 I had originally planned to release the next update in Feb next year, but instead I have decide to split the release into two and the first shall be out before xmas. Mainly due to the amount of bugs and issues fixed. You can see the current changelog below:

Added a few more swords.
Added new wildling armours created by Kraggrim. (hat, boots, gloves and armour variations)
Added more optimised models by Marshal_157. These include lots of armours and all horse models.
Added new arakhs created by Kraggrim. (normal, long, short variations)
Added baratheon shields created by Kraggrim. (round and kite)
Added adjusted Dothraki women models adjusted by Kraggrim.
Changed some names of shields to be more generic across the board. No more old or heavy etc. These should be obvious from the stats and item information.
Added item information for crossbows.
Gave knights correct banners.
Items (mules, Camels) that give stat changes in foraging and inventory management, will now do so if they are in your inventory rather than just by being equipped.
Changed all Wildling gear.
Changed all Dothraki gear.
Changed lods for northern helmet. (optimisation)
Updated all wildling village, castle, towns npc's.
Changed Weapon Master to Weapon Mastery. This skill now has an effect in the speed at which weapons will break.
Slightly increased the stats of the Dire Wolf.
Added some new gauntlets and removed others.
Adjusted some trade prices.
Timber is now cheaper and more readily available, though it will take more to build your settlement.
Various lords or ladies will no longer leave the safe haven of their castles. ie, Joffrey, Walder Frey, Lysa Arryn.
Hoof tracks (for tracking skill) are now much clearer to see.
Added some missing dialogues for some companions, plus expanded some others.
Updated dialogue for the Bridge of Bones quest to make directions a little clearer.
Tweaked textures of menus.
Redone how quests are counted for the main quests. This fixes issues with some being able to be completed or started twice.

Fixed issues with Volantis troop swords.
Fixed all issues with item information. Some were not showing at all, but now are. Some were incorrect and have been corrected.
Fixed some items that were not giving the correct stat changes.
Fixed issue with Volantis soldiers armour.
Added missing entry points to Frostfangs Camp.
Fixed crashes whilst trying to raid villages if you have the direwolf companion.
The Tickler and Varys Spy have had the incorrect flags removed and are exempt from realistic casualties. These 'should' now work as intended.
Companions no longer get annoyed if you fail the tournament quests. (for sure this time!)
Bridges and Bones quest will now correctly finish if you fail. Also removed the pointless extra quest and logs related to this.
No wars should start after completing the quest Bastards and Broken Things if the factions are already at war.
Added the correct entry point for the master at arms at the Twins.
Fixed some incorrect dialogues for companions.
Fixed issues with Syrio, Anguy and Barriston.
Dongo or Wun-Wun can no longer join tournaments. This will stop them being able to ride horses.
Fixed some issues regarding player feasts.
You should no longer be able obtain a quest book in anything other than the quest.
Wights and Whitewalkers can no longer drown.
Various text fixes and changes.
Fixed starting next to lord opponents when starting a duel.
Fixed issues with prison breaks.

Bro is it possible to disable some Brytanwalda's features?I just hate that 3hour looting and burying after every battle which makes rage quit quite often

Check the camp options. But for some of them, no, it is the base of the mod.

Praise the Gods. Trying to find timber was by far the most difficult thing I tried to do.

Are the forums down, or gone? Or is the link just broken? On the new site, the forums link eventually takes you to a "not found" error. It does for me, anyway.