The overall status of the mod for the month of November, 2020.

Progress, lots and lots of progress.

All character icons have been completed, and the basic functionalities of the character menus have also been implemented. The tool for generating each menu works wonderfully, which will make it significantly easier for us to add new characters and edit existing ones. The descritpion text has also been edited slightly to allow more room for each character's story. The overall syntax of the menu has been re-written so that your alignment will not change, so you can freely change characters and still continue to fight the exact same enemies. 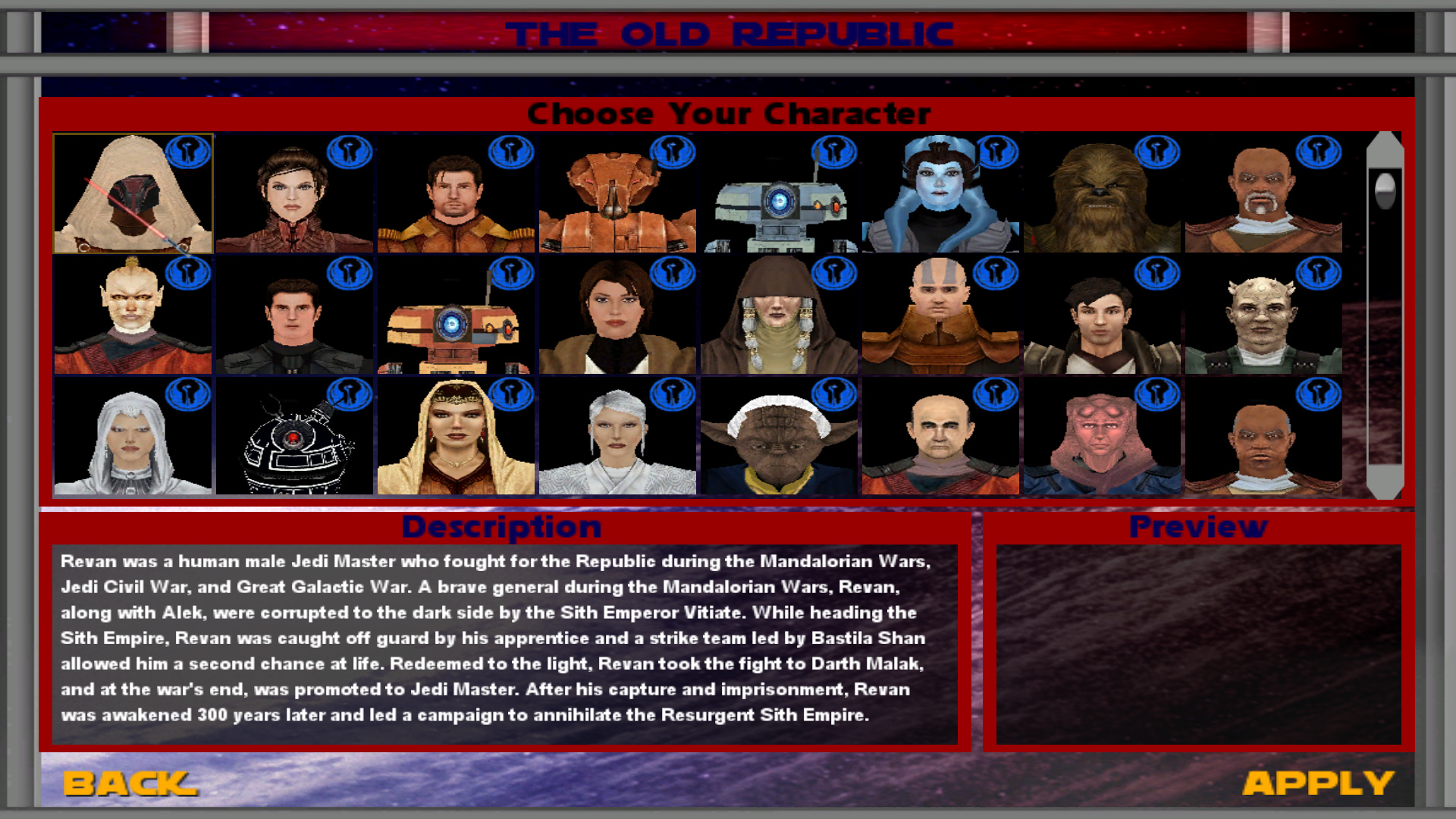 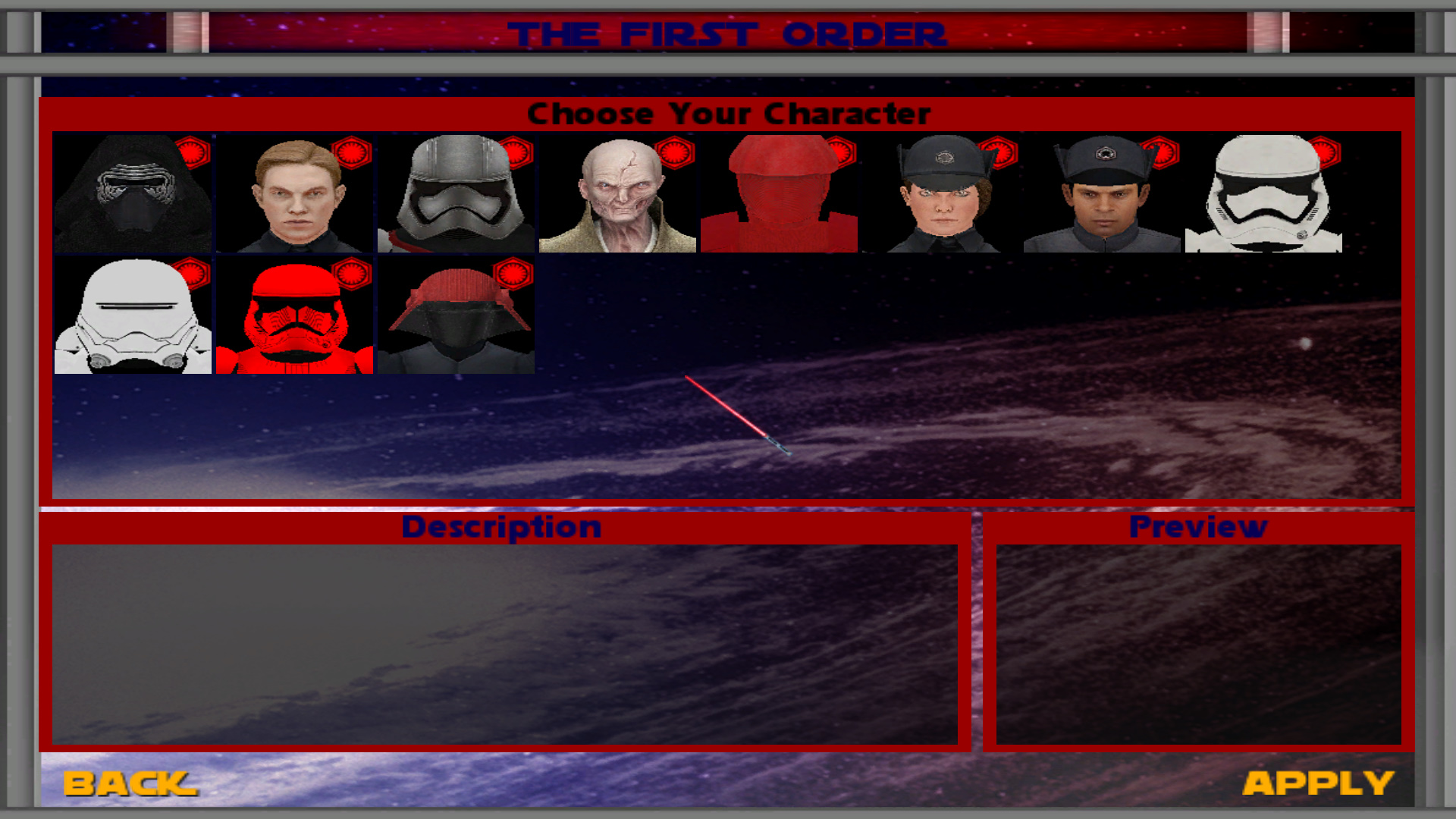 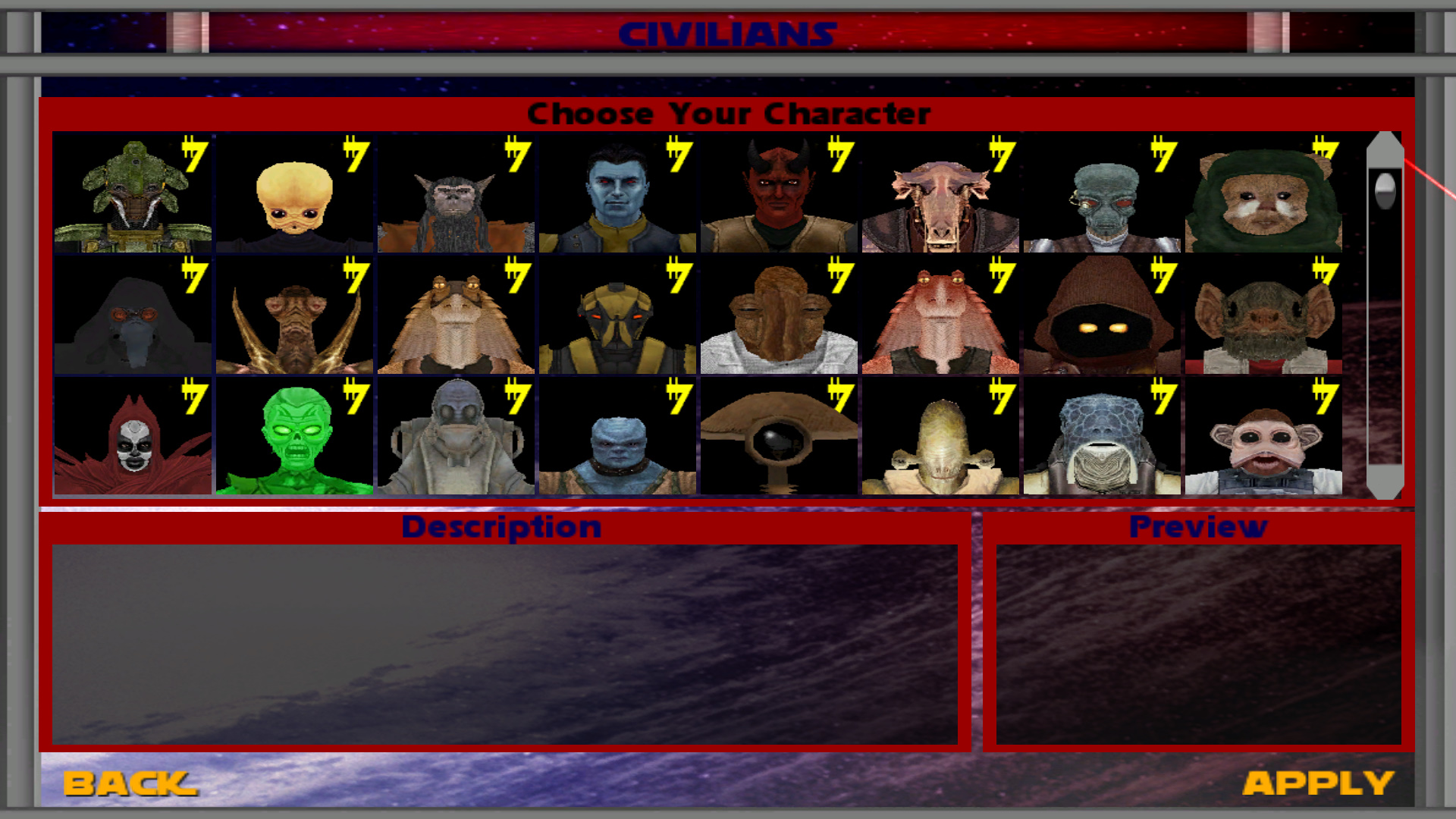 Prior to Thanksgiving week, we opened up suggestions for new characters to add to the mod. The following is the complete list of new characters + model updates + faction updates. All new and updated characters have npcs:

As most of this month was spent on adding characters, little progress was made on Darth Maul's extended ending. New cutscenes have been created as well as some additional voice work necessary to tell the intended story. I unfortunately cannot show much as development from this point forward are major spoilers. However, please enjoy this cutscene:

A common bug with Jedi Outcast has been fixed. You will now spawn as Kyle every single time. The objectives are also properly implemented, so you can view the needed information. Additionally, the correct title crawl for Jedi Outcast will properly play. Please remember that we are NOT distributing Jedi Outcast for free and you must have purchased a legal copy of the game in order to access Jedi Outcast through Galactic Legacy. 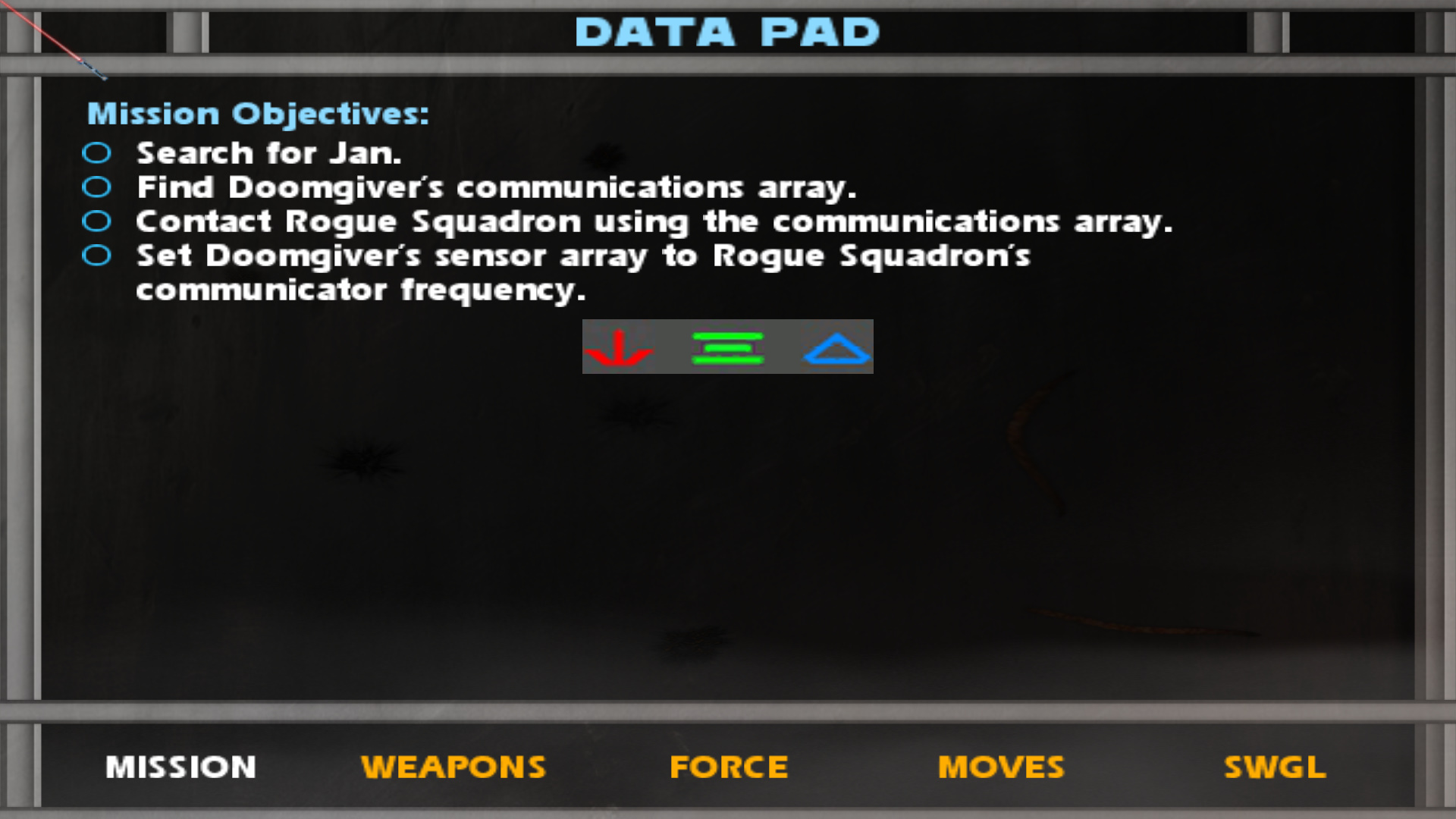