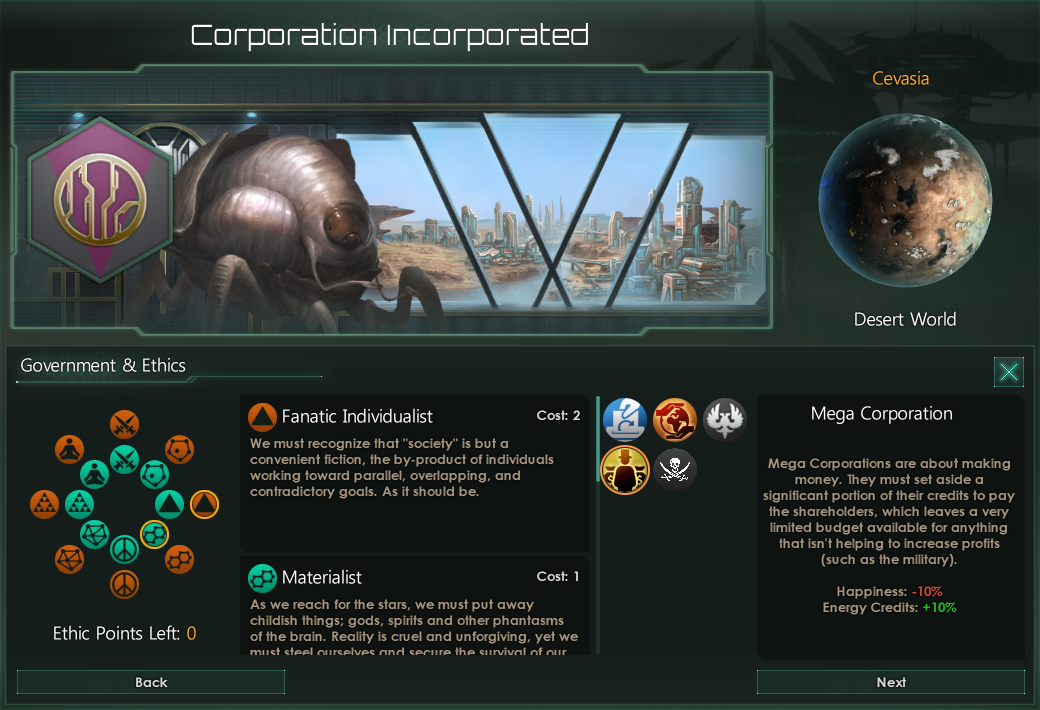 Mega Corporations are one of the government types in SZ. They are built around the idea of making as much money as they can in order to pay their investors. If they fail to make enough of a profit then bad things happen (for example, running out of money).

There are two new policies unique to corporation governments:

The "Shareholder Dividend" in how many credits are put aside to pay your shareholders. They will vote to raise it when you have grown enough or enough time has gone by.

The CEO "Severance Package" is an amount paid to your CEO for 10 years after they retire. Unlike shareholder payments, the severance package is optional, with higher values giving you influence bonuses.

How they are formed:

Although they can appear at the start, most corporations will be founded in an existing empire. They start out as a faction: 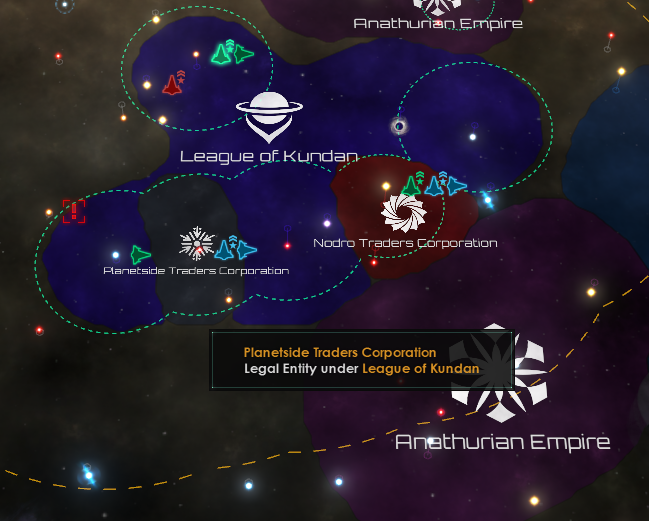 Finally if a corporation runs out of credits then they will have a chance to take a 500 credit loan for 10 years. If the loan is not paid back, the corporations overlord instantly annexes them. If the corporation is independent then there is no one to annex them. Instead, they will simply be disbanded. Each planet left in the corporations wake will become an independent country with a 'Provisional Government' that will transform into a more stable government after a few months.

So those are the main mechanics for corporations. Empires are next on my to-do list, but I may not have them ready for a while. So Happy Holidays to all of you and see ya all in a few weeks with another update!