Welcome ladies and getlemennnnnnnnnnnnn! I hope you're having a FANTASTIC day! If you haven't noticed already, we've changed our title. This is no longer Q.U.A.D, this is Tormentum. 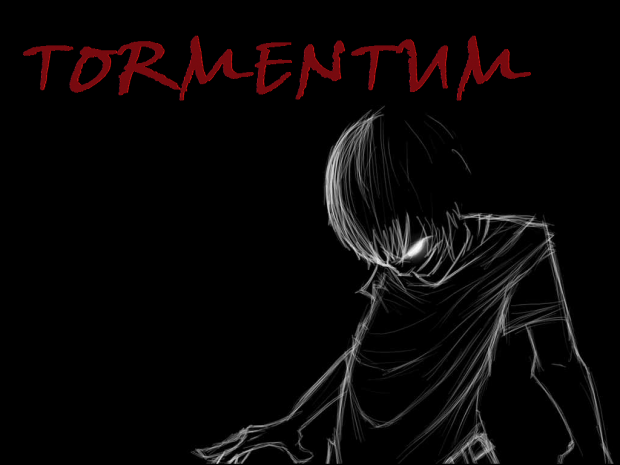 Welcome ladies and getlemennnnnnnnnnnnn! I hope you're having a FANTASTIC day! If you haven't noticed already, we've changed our title. This is no longer Q.U.A.D, this is Tormentum. Q.U.A.D was a working title, and don't say it wasn't. We building this game back from the ground up, but since it's basically the same game with the same outlook with a simple name change, why not build it over Q.U.A.D?

Tormentum(Latin for "Torment". Yes, I know "tormentum" is used as a noun here, but the Latin verb of "torment" is "torquebit" which, to me, sounds like the name of a 2D Puzzle Platformer) is a indie survival horror where the objective of the game is to survive each map for as long as possible. The longer you survive, the more points you earn. Each map will have a certain point-cutoff to complete that map, with extra point bonuses hidden around. The game will also feature a dynamic haunting system filled with jumpscares, apparitions, voices, and so forth.

A Linux version of Tormentum will be released on launch! There will also be Linux version of the Betas released along with the Windows and Mac versions. Your feedback and comments will get these version update as much as the Windows version does. We plan to release ALPHA 2 for all three OS.

I plan to release the game sometime in late 2013 to early 2014. If it gets finished before then, I might release it earlier. When the game gets finished depends very much on your feedback from playing the Betas, so please download, play, and comment your feedback on them! Thanks!

Help us rise in popularity!