We are all programmers and creators. Even if you never touch a computer (quite a feat in much of todays world!)

The basis of this article is a piece of advice I posted to another moddb member a couple years back. I recently read it and decided to spread this message - to encourage more members to expand their skills! This does not apply to one specific game or task, but to all.

The moddb community exists for many reasons, but I feel one event of the past in particular is responsible (more so than others) for its genesis.

Some developers working at a (now) well known company released a (now) very popular game 20 years back. And it was an awesome game. So awesome many were not satisfied - they had to have more.
These enterprising individuals, this fledgling fan base - they started hacking, creating tools, adding art, making levels, and whole new game worlds.

The developers had a decision to make - squash the nascent hacker community...or give it the official stamp of approval. Fortunate for us - the devs were all hackers and gamers themselves. They gave approval and released an official dev kit. Likewise for evey game they have ever released since.

For this one attitude - "the games we create, you can modify..." - we should always be thankful. (More so even than for the games themselves.)

Any game that is worth releasing - is worth modding. And thus we are.

This piece is specific to Quake (one) and Quake-c programming. However, it could just as easily be applied to any code or development task. Modeling is my personal nemesis.

You should definitely keep at it with quake-c. It is an easy language to get into - with a bit of research you can do an easy mod in an afternoon. Just starting out, it is probably best to try and keep things simple.

This "ease of entry" is also one of the drawbacks - quake-c is just as complex (if not more so having the engine back end running it) as other high level languages and debugging any code can be a very complex and time consuming task. Stay on the positive and keep going - difficult challenge will be the case with any complex programming or technology. When you have surmounted the challenges you will be smarter and stronger!

To learn the code you have to work with it, and learn its operation and logic. Many of the early mods duplicated parts of the existing code and did something new with it.

>fear ... programming being that I suck at mental arithmetic

Nothing to fear...programming is always in the details. Many times you have to look at the logic of a piece of code step by step to make sure it is doing the right thing. Maybe work out the math on paper, or in a spread sheet. The best programming tool is always your mind.

When I'm developing I use a lot of bprint() calls to show me what the code is doing by showing function entry/exit, logic decisions and critical variables. And I try not to throw developer code in willy-nilly. I like to wrap it in control variables to turn it on and off, preferably from the console.

For me, one of the best ways to succeed with a programming task is to have a clear goal. Know exactly what you want the code to do and figure out how to do that. Moving targets are also a good project fault to avoid. Finish the goals of the task at hand before modding your own work, adding new features or changing game engines. Moving target is my biggest weakness in coding.

Wow. I've been programming for longer than that. Like Yoda said, age doenst matter - keep your mind sharp, exercise it. I dont ever use a calculator for basic math. I have some other advice but it takes on a more personal narrative - I have never used recreational drugs (ever!) and I dont consume alcohol. Take care of the body, take care of the mind... Programming wise, my mind feels as quick as ever. Learn how to solve problems - *any* problem. Stay frosty.

The best general advice I probably have though is to make it fun. Modding for me is at least as much fun as playing the games. And take the occasional coding break to actually play games.

And never, ever give up...dreams come true! 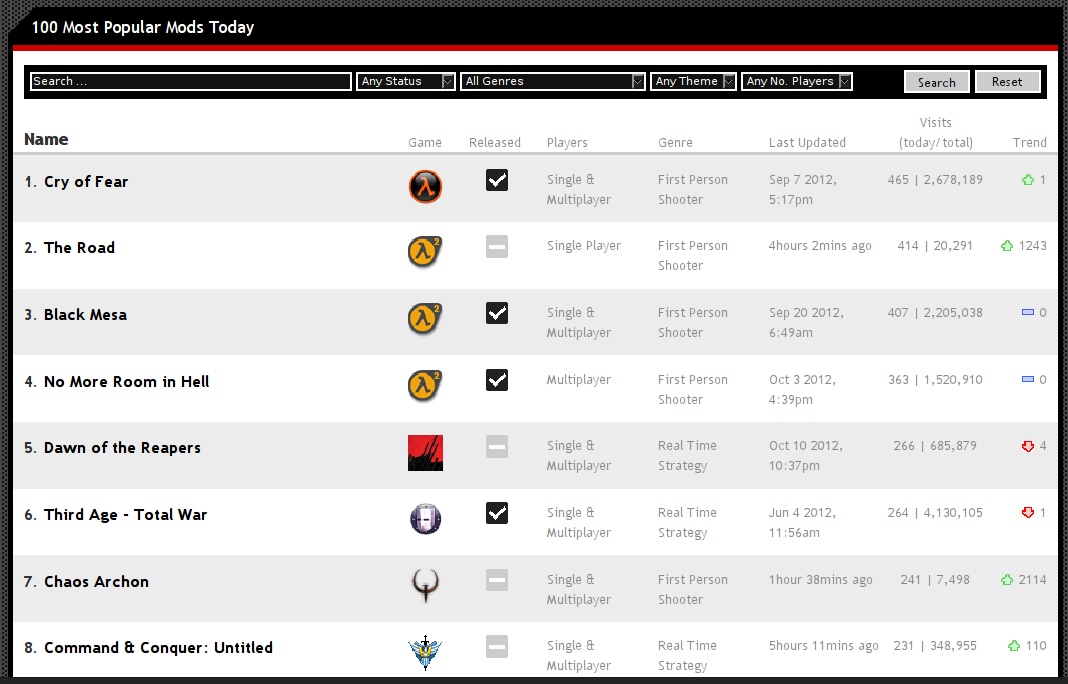