Hey you lovely human beings, androids and electric sheep! Today’s Developer Delving will be tackling how we think about the design of Seed of Andromeda; what principles of design matter most, as well as showing where they apply in the game.

As you probably know, we want Seed of Andromeda to be a truly immersive sandbox RPG with challenging gameplay nurtured from a stance of considering realism when choosing and designing features for the game. First off though, is the question of when does challenging gameplay become punishing gameplay? 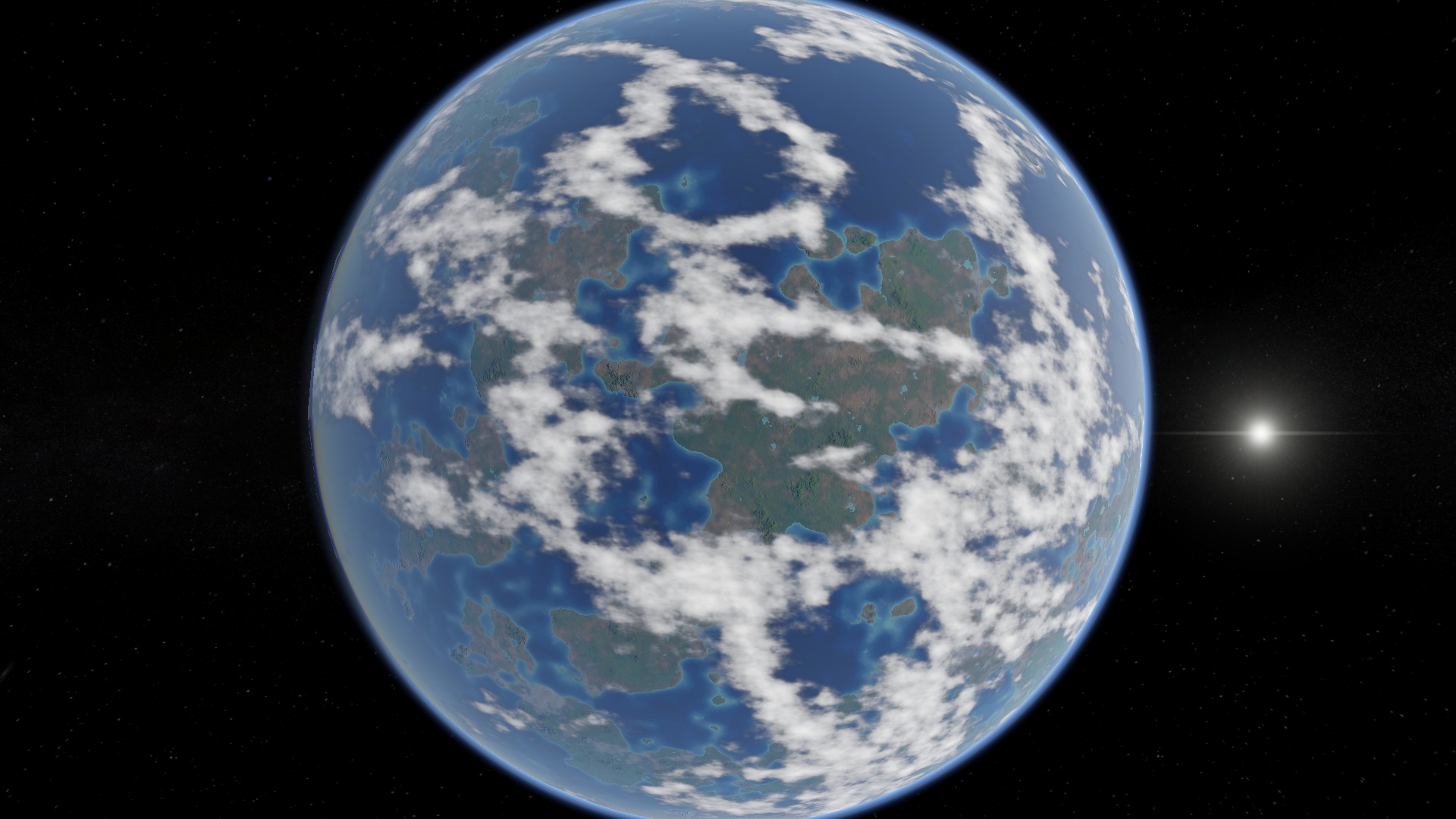 When considering a feature for SoA, we always have to consider this question; punishing gameplay has a tendency to make you feel worse and worse as a player, until you just stop playing. An example of this would be a Call of Duty player who has just started, getting beat over and over again in an FPS never feels good. This is where weapons we consider overpowered, but by no means the best, can come in handy: remember the grenade launcher of Modern Warfare 2? It definitely made me feel better as a player when I first started playing. In SoA, we don’t want the feeling undue punishment can induce, and every feature we design reflects this.

That isn’t to say punishment as a whole is bad, we want you to have to work for your hard earned achievements. This will be key to ensuring that we give you opportunities to do things that take real effort, for payoffs that make it worthwhile. Surviving the environments of various planets will be one of the most significant of these challenges, but you will get to explore awesome landscapes and obtain precious minerals that might not otherwise have been available to you. 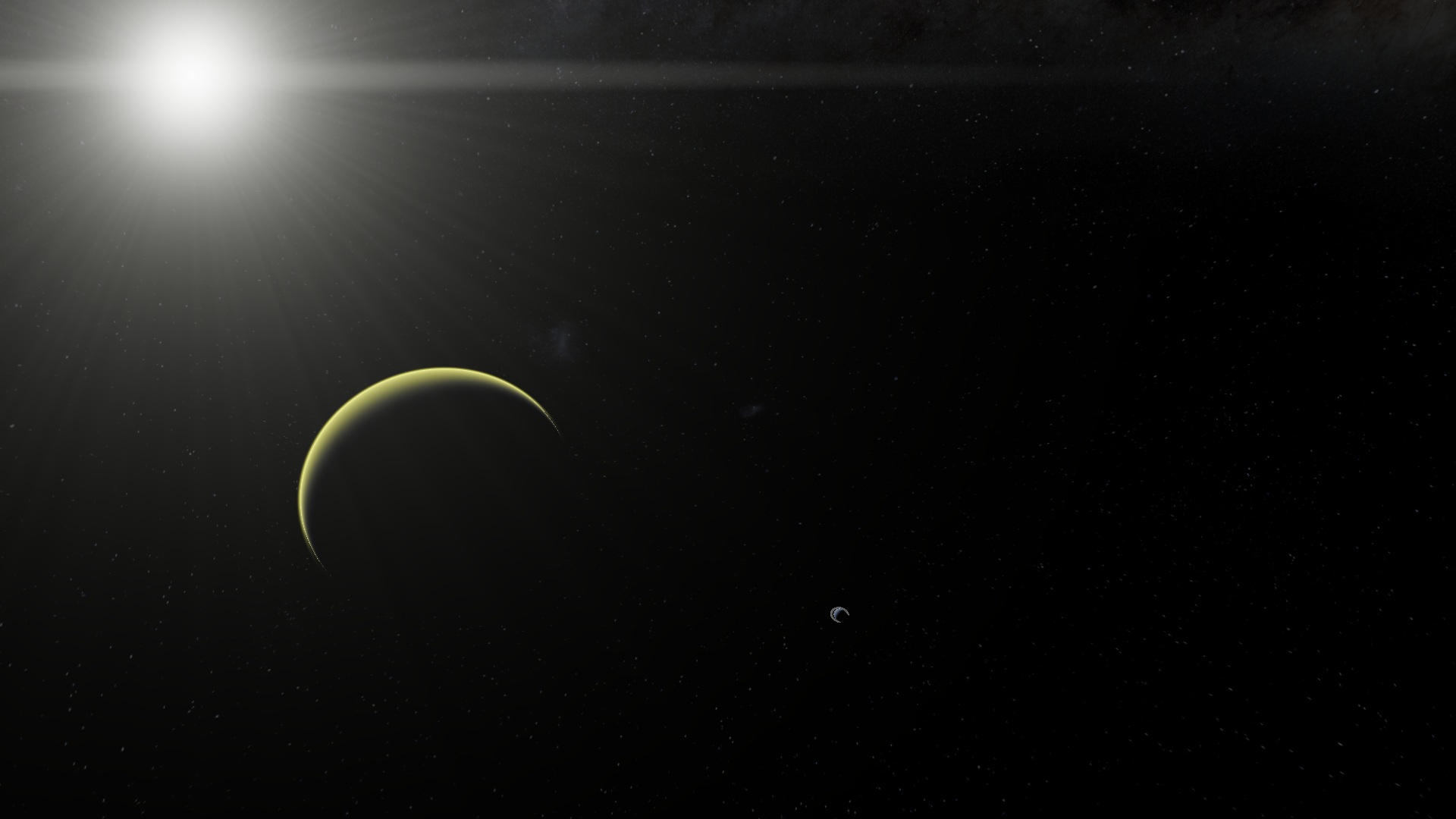 The difficulty has to progress at the right rate too, we don’t want to throw you in too deep, but we always want to give you the opportunity to take things a step forward and up the ante. You’ll almost always learn something new when faced with greater challenge, which you can take with you as you progress through the world. Over time a combination of yours and your character’s improved skill will make once tough environments easier, and once impossible ones possible. Difficulty curves are often shown as a graph, but with a sandbox setting as SoA, the challenge for us as designers is to offer difficulty and make it enticing while yet offer opportunity to play in more comfortable environments. We want you to become better players as you play, so that enticement to the more difficult situations and places is very important to ensure that player progression.

Another aspect of the game’s design we value greatly is maintaining immersion. We want you to believe you are your character, we want you to be the one making your character’s choices and feeling the consequences of those. Every aspect of design comes into this, from the ambient soundscape around you in different environments, to maintaining the art direction of the game consistently, to making NPCs with AI that really lends to making them seem like other components of a living breathing world. This idea isn’t one that can be nailed down to one set of things, and we have to be very mindful of every idea we have. Each technology we want to put into the game has to have believable science behind it, because of the initial basis of the game in reality, and that makes things a lot tougher for a sci-fi setting, even one so much further ahead, technologically, than we are today (SoA is set in the mid-24th century). 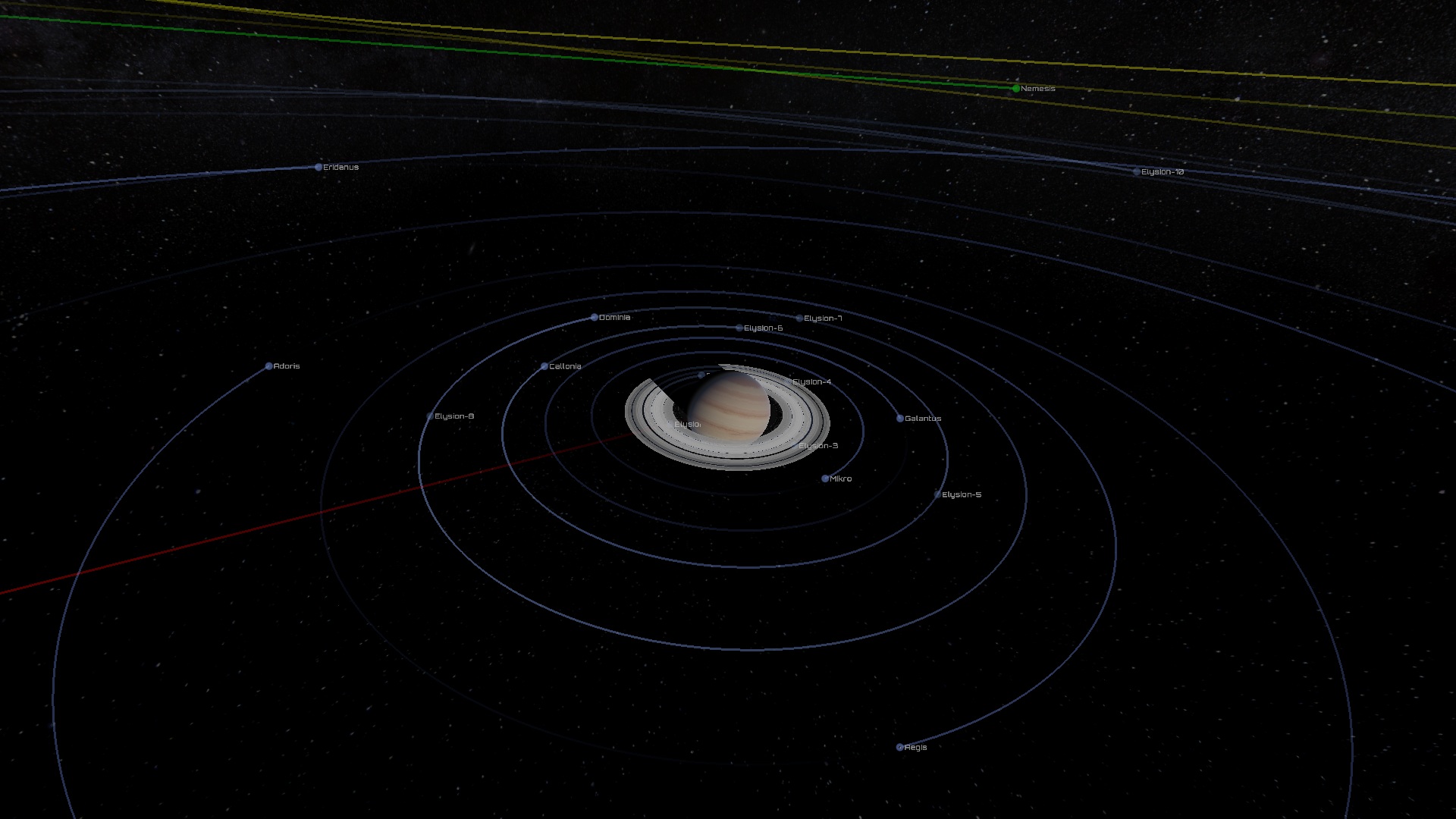 Exploration is a really interesting concept in game design, notably because, just like with reality, it exists in a huge number of forms. Exploration of places, technology, actions, story and so on are all very important to a game, and ensuring you have an opportunity to learn new things in the game world at your own pace is critical to the experience. In Seed of Andromeda, we hope to offer a challenging experience, and properly fleshing out these different points of exploration and designing the mechanics surrounding them properly lends to provide the most natural and engaging challenge possible. The exploration has to be carefully done - too much all dumped on you at once can be overwhelming, and can lead to a Buridan’s Ass sort of situation. We will have to be sure to find ways to introduce new avenues of exploration in ways that keep you engaged but not struggling to fathom what are the consequences of everything you could possibly do - we want you to be in control.

Exploration of places will be a significant part of SoA, offering both challenge in combat, but also in surviving the elements, interacting with different colonies, even different species, and carrying out tasks ranging from prospecting a cave to locating a ruin from an era long gone. There will of course be the truly challenging locales; will you tough it out exploring the vast caverns brimming with ferocious beasts and speckled with great treasures? Another significant form of exploration will be in discovering new technologies: this will be possible in a wide range of ways, from trading with NPCs to intimidating or outright attacking them, from individually conducting research to having a group of NPCs do it for you, from salvaging blueprints from descending wreckage of the colonist fleet to exploring facilities of a bygone era. 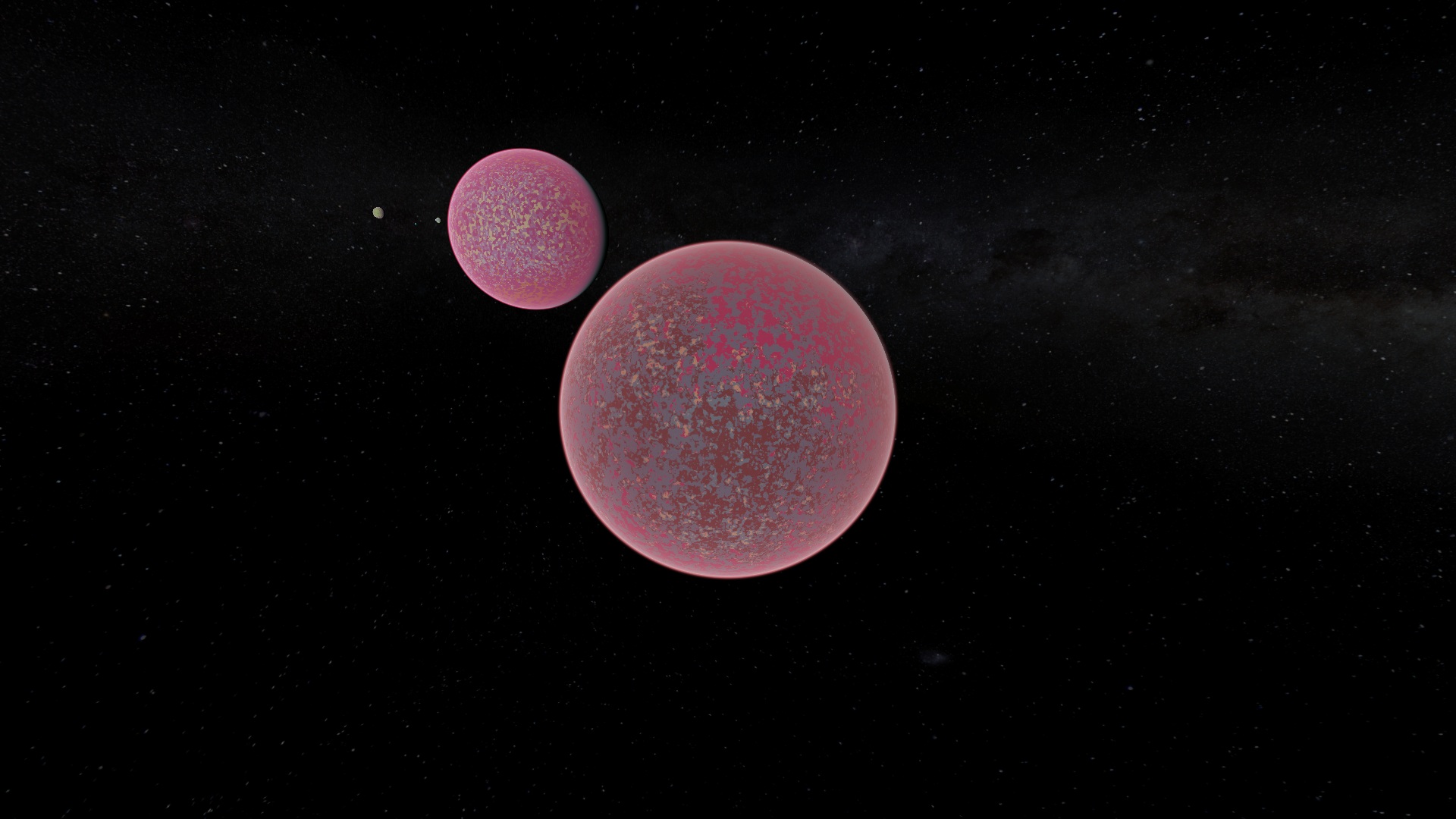 An oft unexplored but intuitively understood aspect of games is the social interactions of players. In our game, we will have to also account for player-NPC interactions due to the importance of those characters. So what is there to consider when it comes to the social aspect of the game? Well, we don’t want to drop you in instantly having to be handling a party of NPCs and being responsible for an entire colony or group of real players. Instead, we want to start you off in a much more manageable setting, allowing you to progress up to that point in a way that encourages you to learn the basics of each stage of the social progression before dropping you into more uncomfortable situations. This won’t be artificial limiting, but a natural cycle of your success and feedback from characters you work with, allowing you the opportunity to learn and become better at the game.

Another of these progressions is one that I really think is important to a game of our kind, and that is the progression of scale. In a sense, the social “curve” is one of many scale curves, where the scale of social interaction increases. Though there is one particular scale curve I want to discuss, and that is one of technology and physical presence in the game world. We want you to progress technologically, and to make that have some impact, unlike in many other games, we need to give you a sense of progressing scale. Initially the game will be at an individual scale, where you matter to you, and little else matters, maybe one or two NPCs or players, but it is very singular in desire and action. You want to get food to survive, you want to gather materials to make tools for yourself. Then the game will progress the scale further as you encounter or establish a colony and the desires and actions become a community effort. You want food for the people of the colony; ensuring their survival so that each of you can contribute to making all of you better off. The progression can continue like this, where each time you will see new structures both physically and socially, as well as having to utilise new technologies to sustain that new scale and be able to compete with other groups acting at this scale. 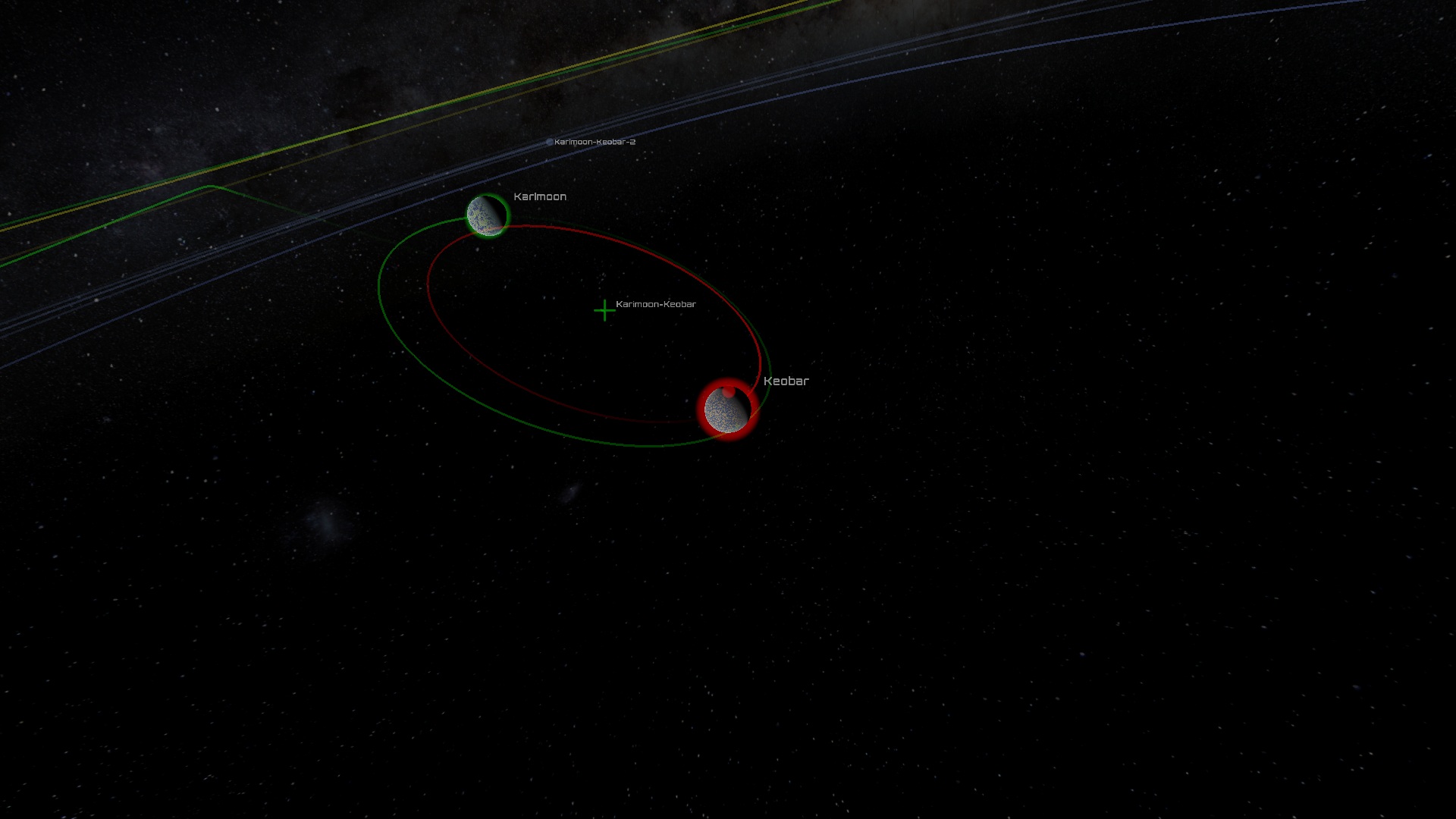 The final aspect of design we will discuss today is the idea of choice versus meaning. Many games offer a lot of choice, but little meaning to that choice. One thing we want to do right is ensure that decisions have significant meaning to you as a player. If you choose to kill some people in a colony, you won’t be able to pay a bounty and get off the hook - you’ll be hated, even feared and NPCs will act accordingly. Inside the story we are hand crafting for the game, we intend to offer choices that really matter to you, that will not only dramatically change the story but will make you feel the consequences. We have to of course be careful that we don’t make the story too full of such choices, they will be special moments and we want you to be able to point to them as incredible parts in your story experience. A key factor for the story will be that the game continues after you complete it, so you will really feel the after-effects of your choices.

So, that’s an insight into the mind of a designer, at least from my perspective. We can’t wait to get to you the first gameplay and see you all experience both the sandbox and story aspects of the game!

Let us know what you think in the comments or on the forums here.

We also have the next installment of the Community Spotlight, and the first hosted by our new Community Manager: Michael Abrams! Youtube.com