Just to keep you informed of some progress for the next release of the RGN Vietnam Mod, here are 2 Vehicles which will feature on some existing maps (modified to suit) and some new maps.

US M-8 Greyhound
This US Armored vehicle was active during the Vietnam War, in small number i must say. I had to find a US vehicle and this is as close i could get from the Stock Model of WAW. I modded the vehicle heavily to replace the 6 Wheels for Treads borrowed from the T34 and made the main barrel bigger from the original 37mm. A dual .30Cal again found in stock files WAW. 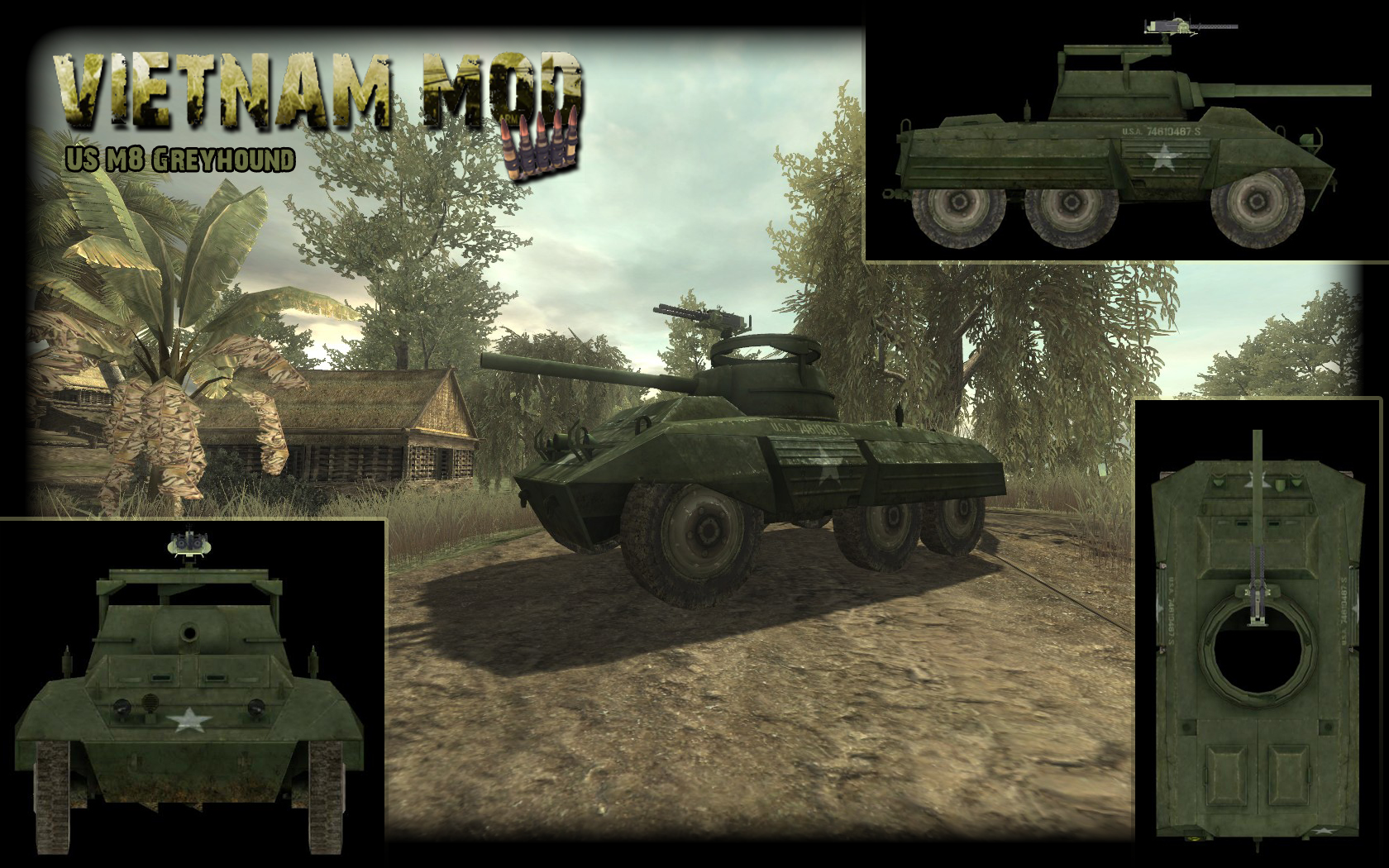 NVA T-55A
Again modded from Stock model - this one is based of the T72 from COD4. Heavily modified with a .50Cal MG 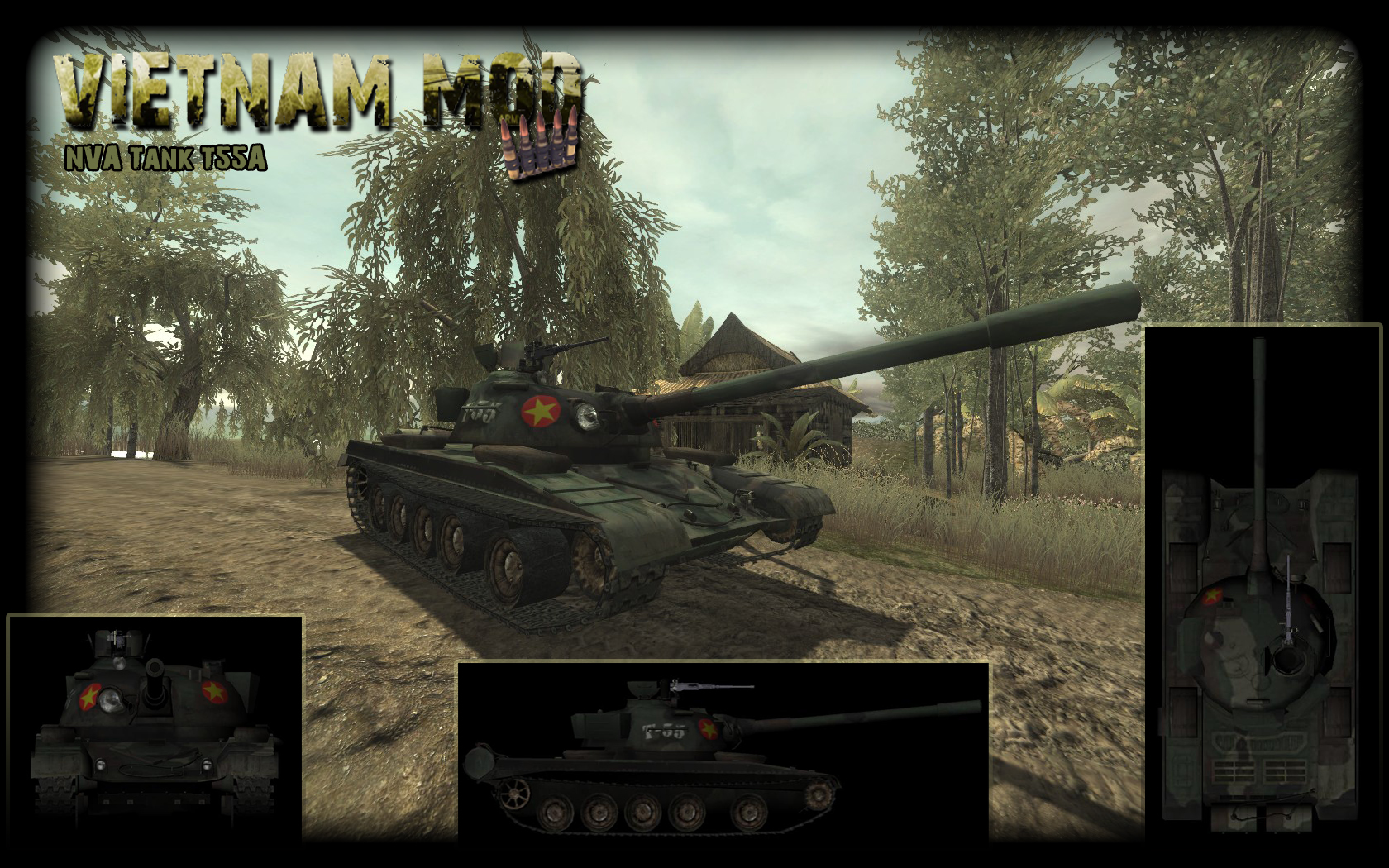 Both tanks are of equal power, both for Barrel & MG. This is to obviously keep a balance somehow. They are both fully completed now but need testing. I hope the purist will forgive me on the modding of those 2X tanks but I really wanted to add those to the Mod since Rocket Launcher were added in 1.1

dont whine this is awesome :D

Oh well I was expecting the Patton lol.

The Greyhound had 6 wheels, mate.

read my friend, i took them off

I reverted back to 6 wheels on the M8 Greyhound after finding how to get those middle wheels to rotate in game!