Some very exciting features will be included in the next update, version 1.3. Get to know all about them here!

If everything goes according to plan, version 1.3 will be released on Thursday (May 25). We've already finished coding the new features and several improvements and are currently testing. Here's a quick overview of the things you will be able to find in the game once the patch is released:

This is one of the features our players requested the most. And we are always listening! You will be able to continue playing in the 'normal' size maps, but you also will be able to start new games in the new 'jumbo' size maps, that have 125% more surface area than the 'normal' ones. Also, more countries and more cities provide experienced players with a more challenging and vastly improved experience. 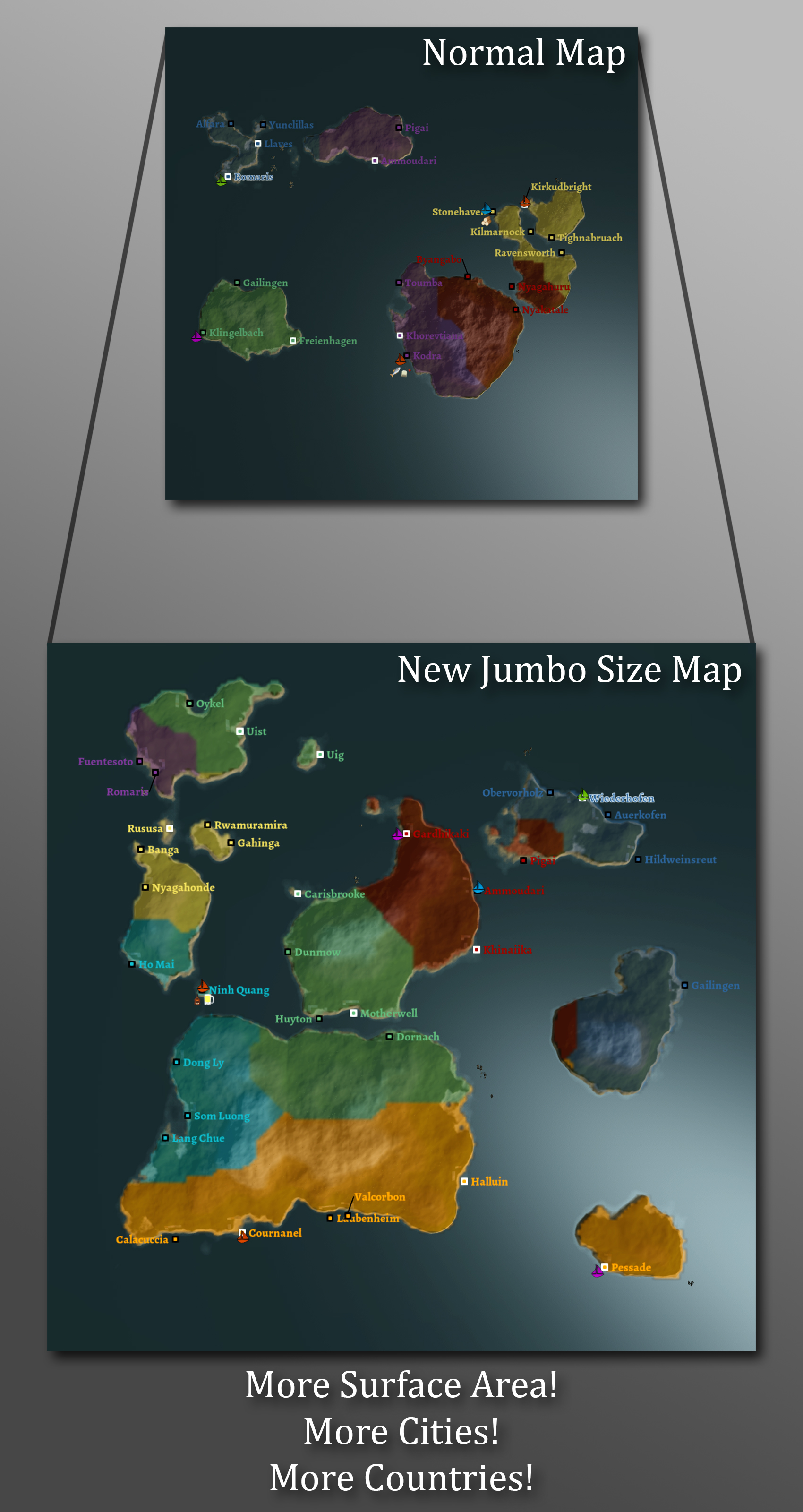 We've also been working hard in some performance improvements to the supply/demand and prices simulation. Now it runs three times faster than it used to! This was crucial in order to keep the simulation running at a decent speed in the new jumbo maps, as they have many more countries and cities that need to be simulated.

This was another feature that lots of people asked for, and it's finally here! If you go to the options menu and enable the "autosave" checkbox the game will be automatically saved every three months of game play. Neat, eh? 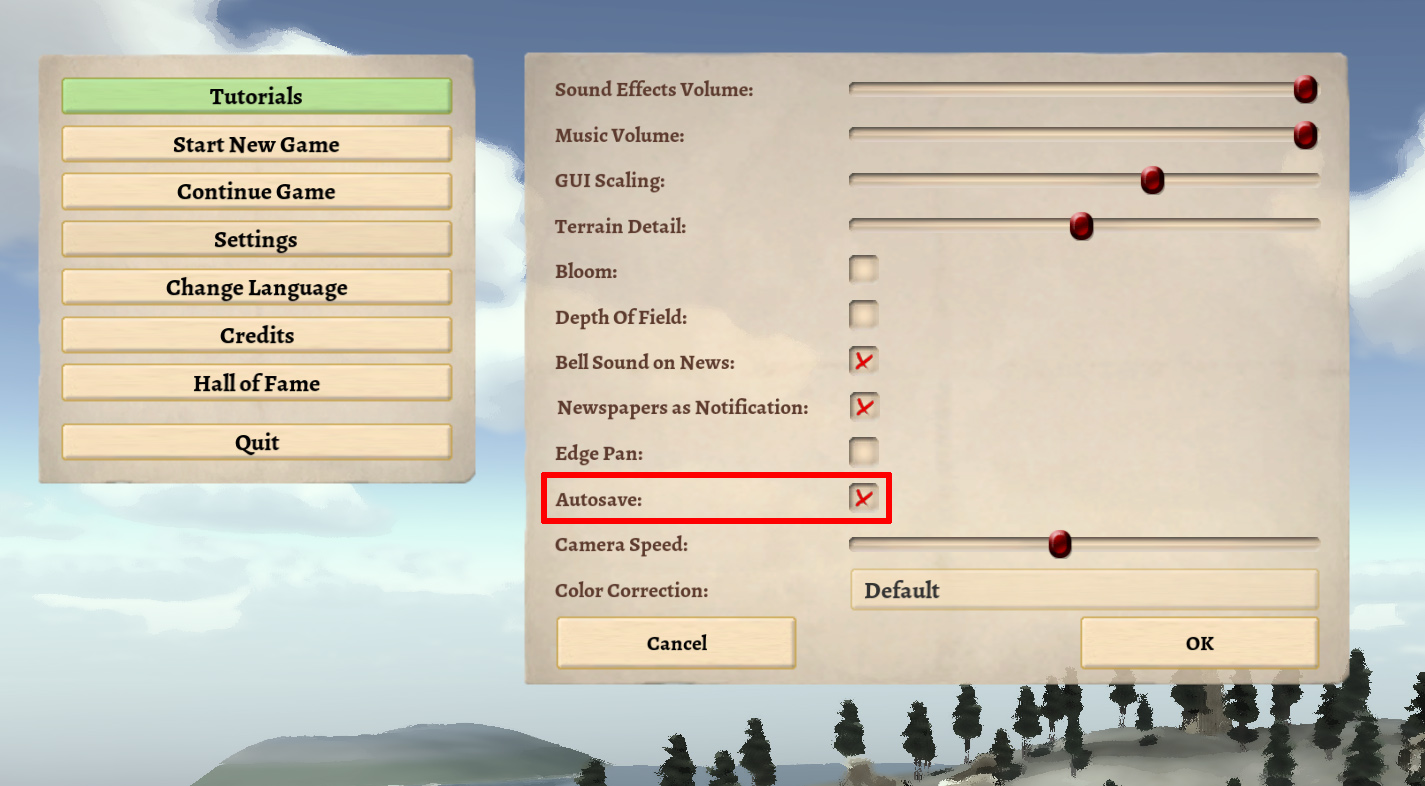 We've also added a few UI improvements to make our players' life easier. The Cities Window now lists all warehouses you own and their current contents. You can also filter cities to only see those that produce a specific resource. 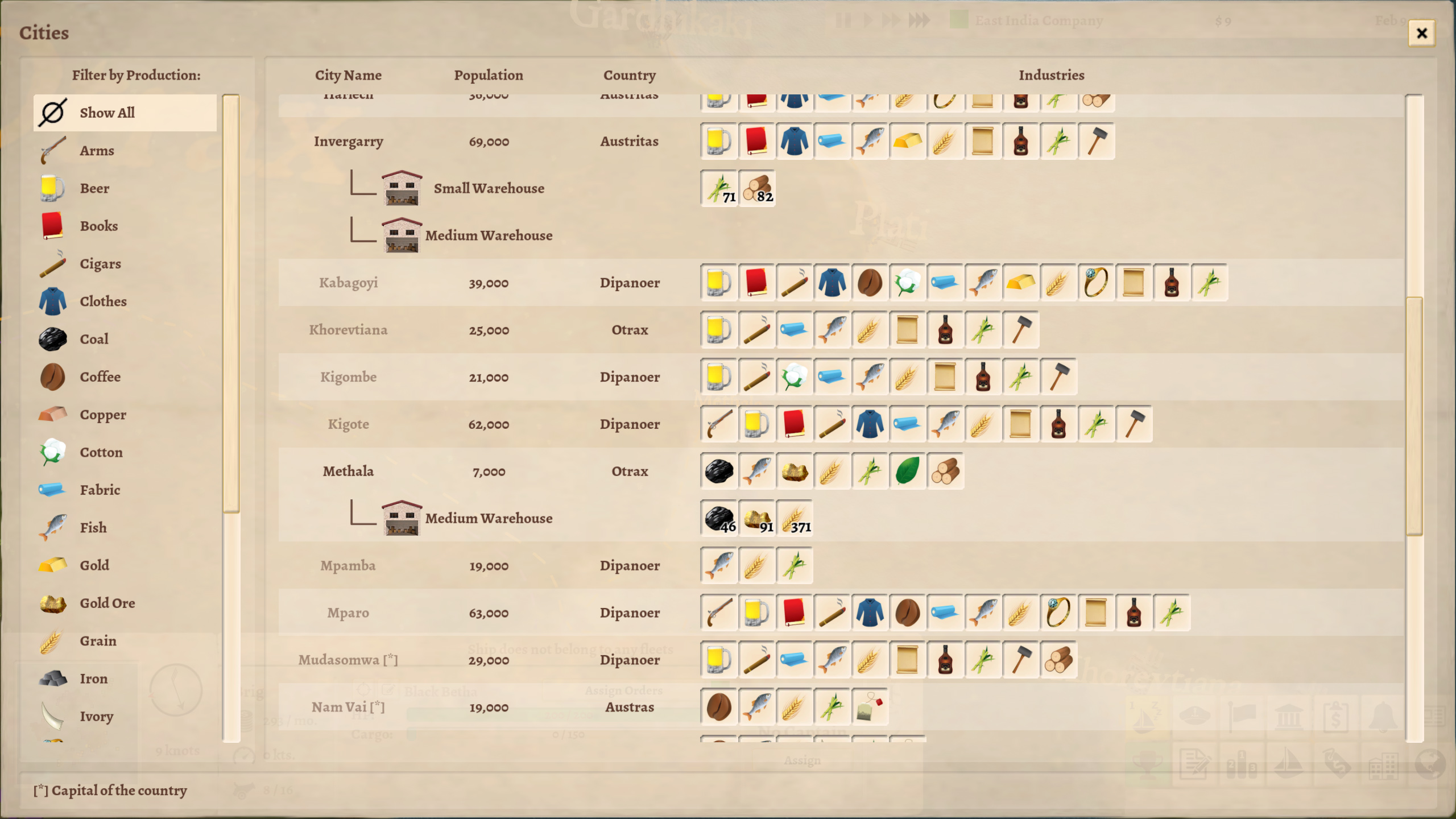 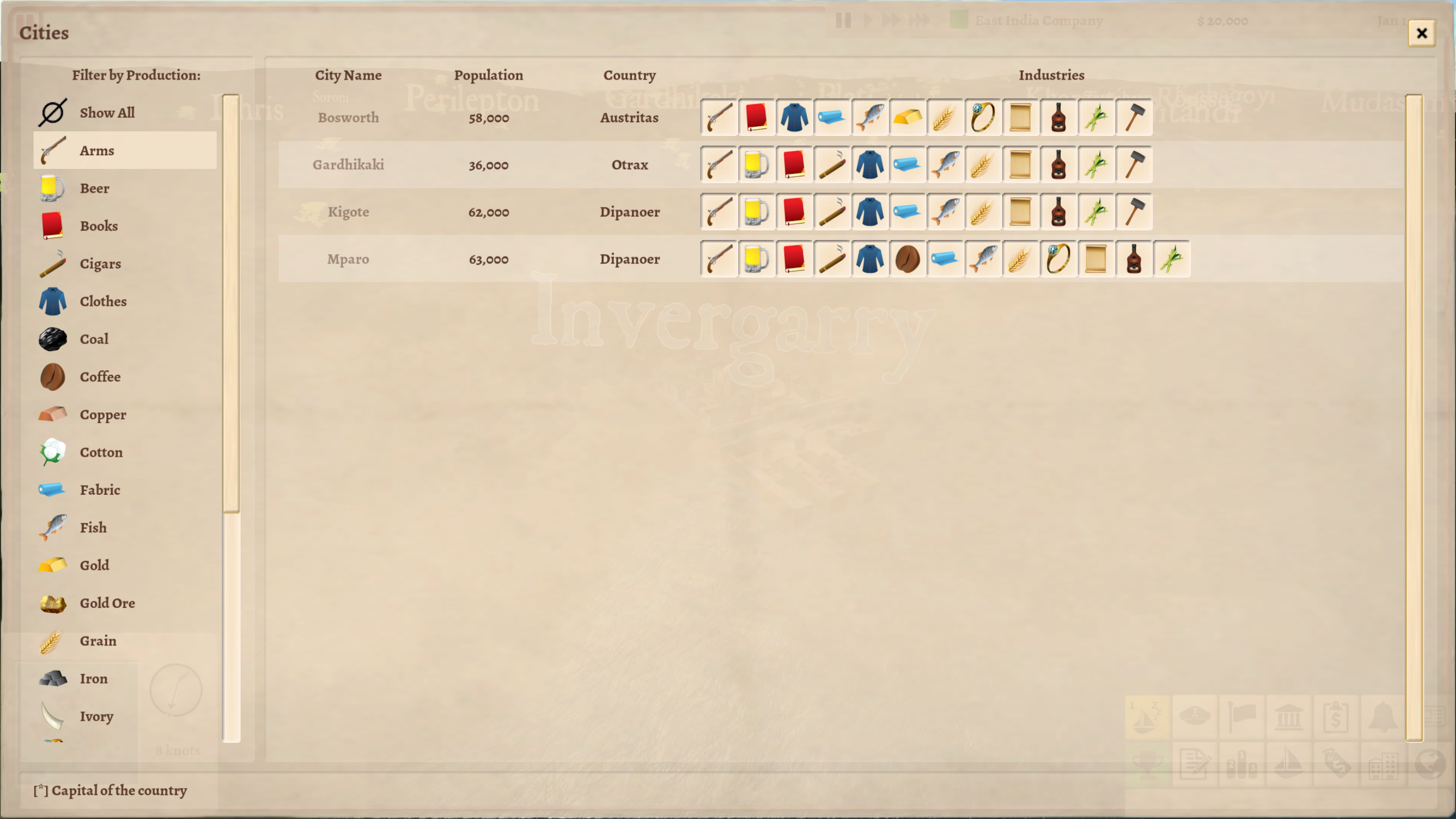 There are some other minor UI improvements. For example, now when you return from battle the camera will automatically focus on your surviving ships (if any!) so you can take appropriate action, like taking your ships to the nearest shipyard to repair them. Also, now when you change the value of an input field in the automatic trading route window, the corresponding checkbox will automatically be checked.

This update should hit Steam on Thursday if all goes well with testing. We are confident it will! :)

And to everyone who gave us their opinion in these past few months: Thank you for your brilliant feedback! Keep it coming!