Here's a small preview of what you'll get in 2.2! Let me know what you think and if there's anything else I should do/fix. I hope you'll like the changes and the mod so far. Until next time! 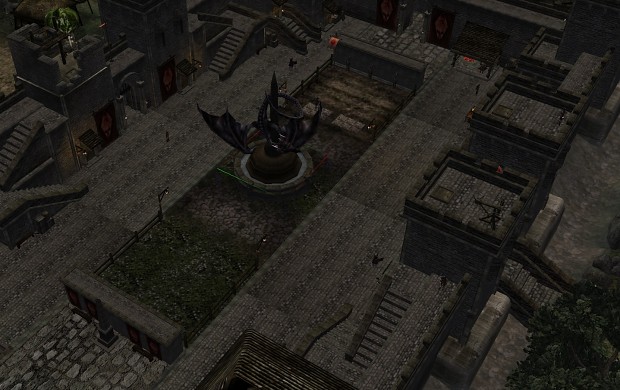 * Rebalanced the lengths' (again) of the spears. The reach of the spears should differ depending on the length of the spear (in-game mesh size), something which I didn't take into account the last time.
* Golam Urellas's and Fairne's shacks' had the wrong script attached to the doors, making it impossible to enter either of them.
* The door Chun-Ook (The big ship in Ebonheart) had the wrong teleport marker (took you to the ashlands).
* Changed "Jhamondile Dremon's home" to "Jhamondile Dremon's House", also fixed some floaters inside.
* Somehow I managed to remove the travel-markers for the Slave Market in Suran, all fixed now.
* Jhamondile Dremon, a imperial In Caldera were incorrectly set as a trader.
* The Black Goblet in Suran had the wrong script attached to the doors.
* Tarvyn Faren, a dumner at Vivec Entrance had duplicate records.
* Corrected a missplaced door on top of Lighthouse in Ebonheart.
* Removed Skooma bottles and Nordic Mead from Shenk's Shovel.
* Fixed a floating doorframe in Shenk's Shovel.
* Added ownership to all lanterns in Caldera.
* Some minor adjustments to Vivec Entrance.
* Fixed a few floaters.

* Better sorting for some misc items. Example: Wooden items have "Wooden" prefix, "Wooden Bowl", Silverware items have "Silverware" prefix, "Silverware Knife" etc.
* A major overhaul for Ebonheart. The inner courtyard have been redesign along with better visuals for the main plaza.

* Guild chests have less potions (cheap ones removed). Also removed the arrows/bolts from the Fighter Guild's Supply Cheast, replaced them with something more apporopriate.
* A major damage overhaul for one/two-handed axes and swords. Blunt weapons are up next (Spears/Halberds/Arrows/Bolts/Bows have already been "fixed" in 2.0).
* Some changes to artifacts and magic items. Here's a few examples:
- Aryon's Dominator & Aryon's Helper, greatly reduced the duration of the enchantments and cut the charges to half but raised the money-value.
- Amulet of Shadows value from 750 to 6750, also reduced the charmelon effect from 80 to 50 and the duration from 60 seconds to 30.
- Murdrum Ring value from 50 to 1250. Reduced the invisibility duration from 30 seconds to 10.
- Gothren's Cephalopod Helm value from 50 to 3750.
- Robe of St Roris value from 40 to 2800
- 6th House Amulet value from 2000 to 350
* Some skills are now a bit harder to raise
- Athletics: In vanilla MW you level up too fast just running around. Not a huge tweak but at least enough to make it balanced.
- Long Blade, Short Blade, Blunt, Spear & Marksman: A slight nerf in progression rate.
* Raised the value for Guar, Alit, Kagouti, Netch skin/leather.
* Reduced the value and AR for Dark Brotherhood Armor.
* Reduced the cost for enchanting.

And a lot of other stealth fixes ;)

Reduced the cost in enchanting - monetary or enchantment cost?

What you will have to pay for it, just a slight nerf. Mainly cause I've reduced a lot of the main sources to get money.

oh good now things are as neat as they can be

Is there a changelog of all these fixes and re-balancing issues?

Check your inbox.. keep in mind that It's probably just 50 % of the changes/fixes.

Good to hear you're planning to tweak Suran - wondered where the Slave Market had got to :) I shall wander elsewhere and return after updating to 2.2. Will saves from 2.11 be compatible or will I have to bite the bullet and learn Wryemash? Oh well, if needs must...

All the best and good luck with further developments of your fantastic project.

Hi krkrkrk! I'm glad you like it and that you haven't had any major issues!

Saves for 2.11 have to be repaired for 2.2 otherwise you'll have a lot of trouble on your hands. The changelog is rather massive and the preview I made doesn't really tell the whole story :]

Is this mod compatible with Indybank and Main Quest Enhancers?

Probably not. Main quest Enhancers might work, you'll have to try and see for yourself.

Also! What happened to the Slave Market in Suran? I used the Special Slave Companions mod (which utilizes the internal cell in Suran Slave Market only), but I couldn't find it.

any estimate as to how many more days until release?

DUUDE! When is 2.2 coming out? almost a week man. to anxious

Mohaha.. I hope I'll have it done for tomorrow or monday. LOADS of additions and fixes.

can't contain my excitement for Monday, man. It's ready by Monday, right?

that was me, i forgot to login