We begin pre-orders on Desura! The game has 2 flavors - The Normal Edition, and The Extra Cheese with Lighting Bolts Edition!

Ok, enough kidding around. The A.Typical RPG is releasing soon, and we have begun pre-orders for the game with the help of the nice folks at Desura! Preorder the game on Desura!

The game comes in 2 flavors: 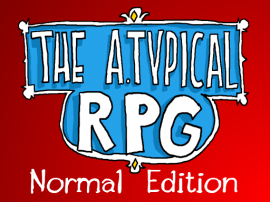 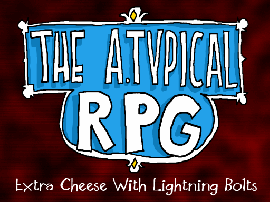 In case you are still not sure about giving us money, why not download the demo from Filefront or IndieDB? Here’s some sweet gameplay footage:

Other sources for A.Typical news: