A pre-alpha version has been released and is multi-player ready! Take a look at some screens of the D-Day beach landing and also a quick reference on the game HUD. 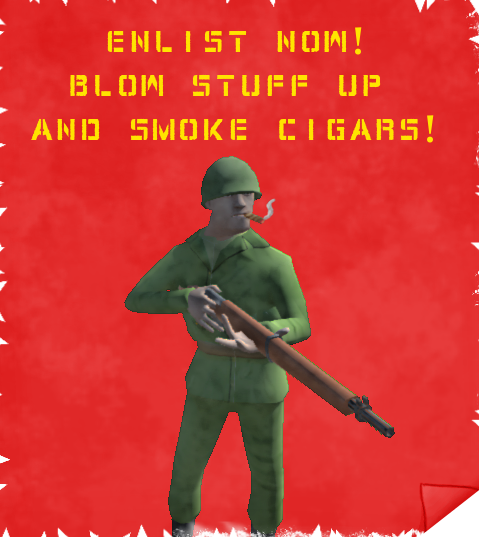 Try out the multiplayer pre-alpha now!

What the Pre-Alpha contains

Your feedback is needed!

Please let me know what you think about the game! Leave comments here, on the game site or drop by on the Discord chat room!

Fight them on the land, air and sea on D-Day

The D-Day scenario map features a progressive spawn sequence where the Allies get to drop randomly from the air during the night. By morning, the LCVP spawn becomes available. Taking out artillery guns and beach defenses during the night will greatly reduce the difficulty of the landing. 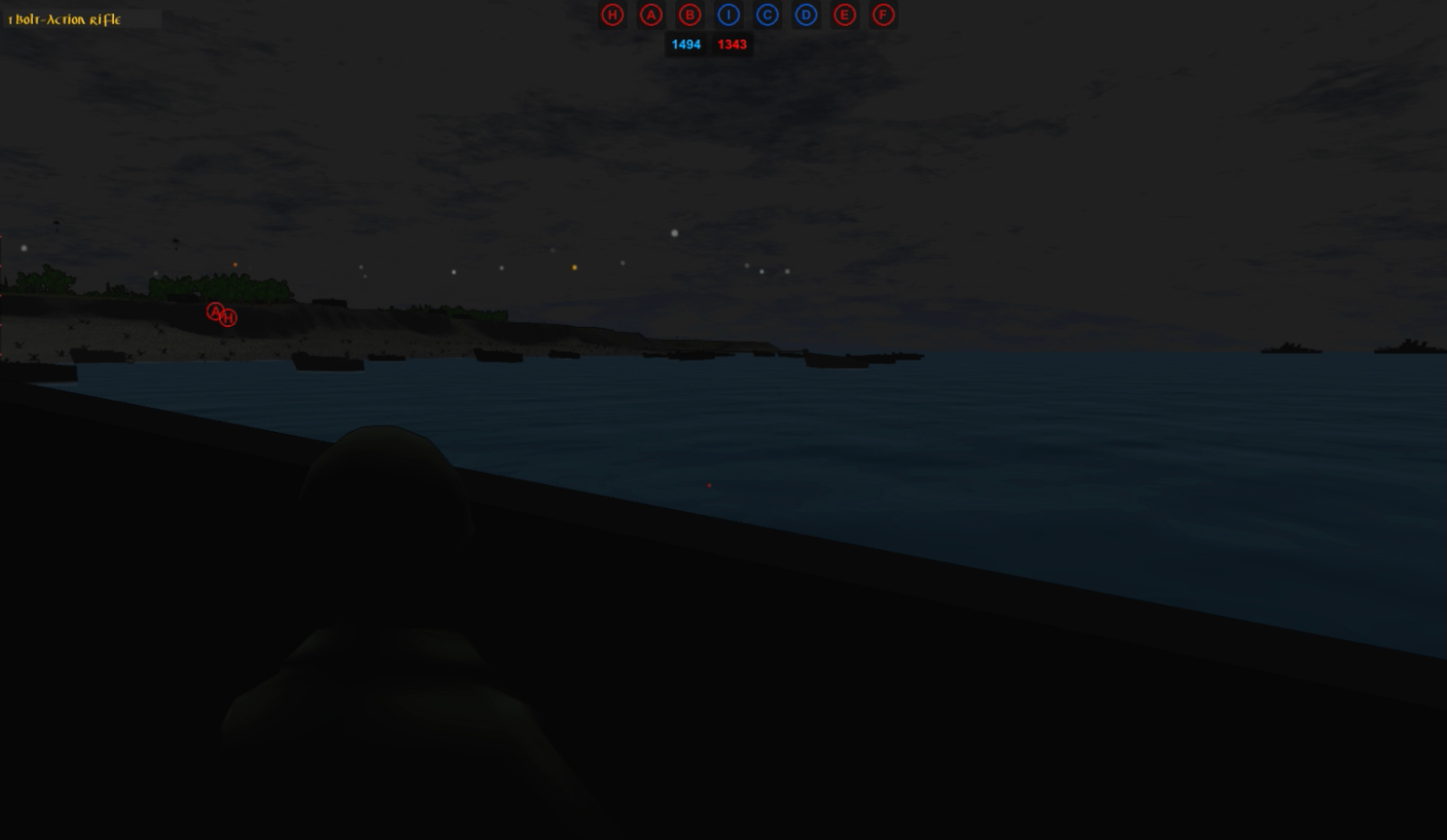 Each squad spawns in a landing craft; once it hits the beach, the door will open and leave you charging through a hail of machine gun fire. As the Axis, try to drain the enemy team's strength as much as possible with this strategic starting advantage. With the numerical superiority of the Allied team, its a tooth and nail fight to repulse the invasion. 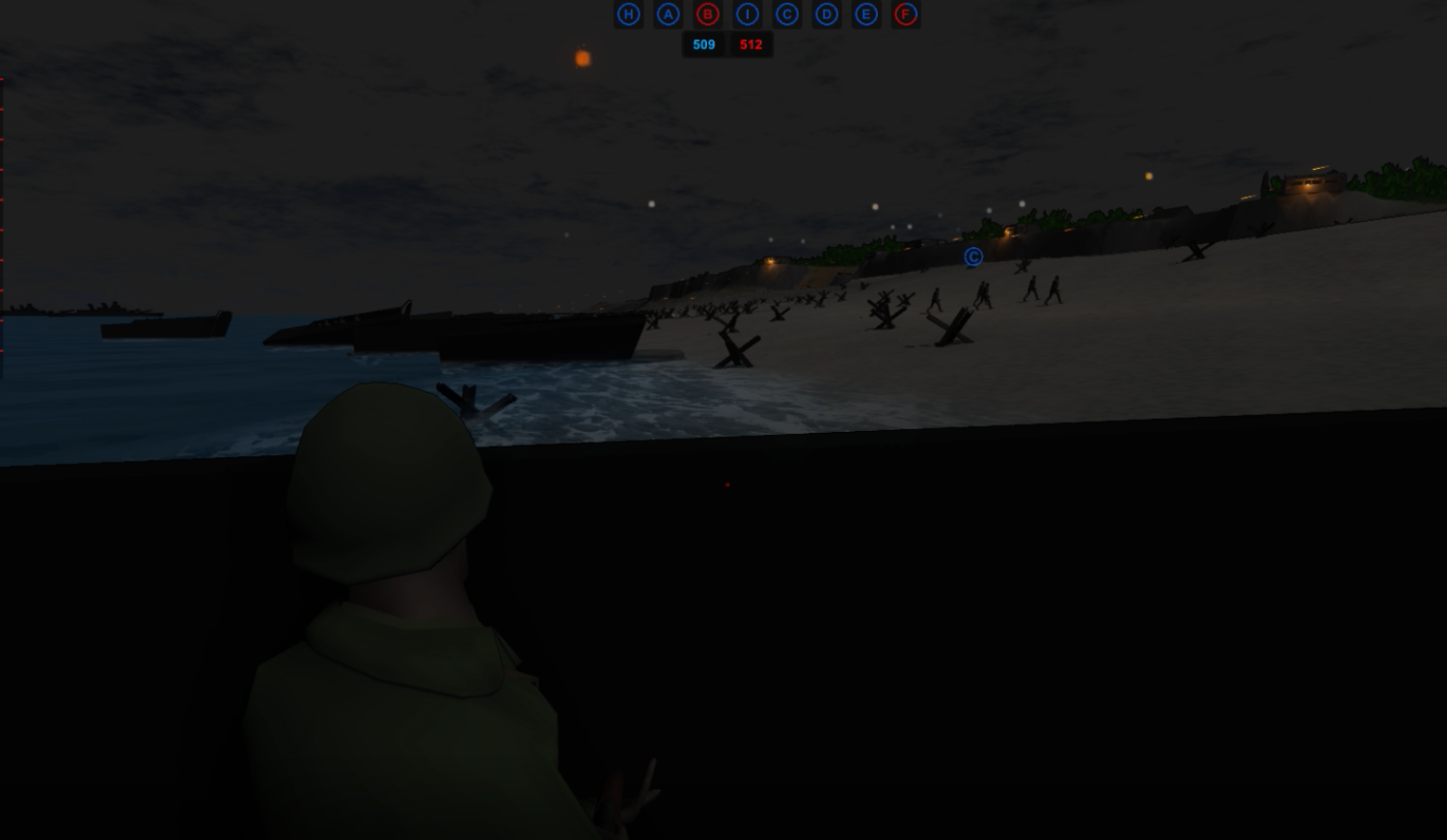 In the image provided, you can see the basic HUD elements. They were designed to be as minimal as possible while still providing you with all the necessary information. The health and ammo indicators are quite standard to any FPS or TPS game. The squad indicator shows you a soldier symbol and a red health indicator for each squad member. As squad members are replenished, the soldier icon is shown as an ellipse until the reinforcing soldier reaches you from the spawn. Also included is a set of tutorials and key hints to help acclimate you to the control schemes. Lastly, the ability icons display green for ready and red for recharging; the buttons become darkened and slowly light back up with a clockwise fill. 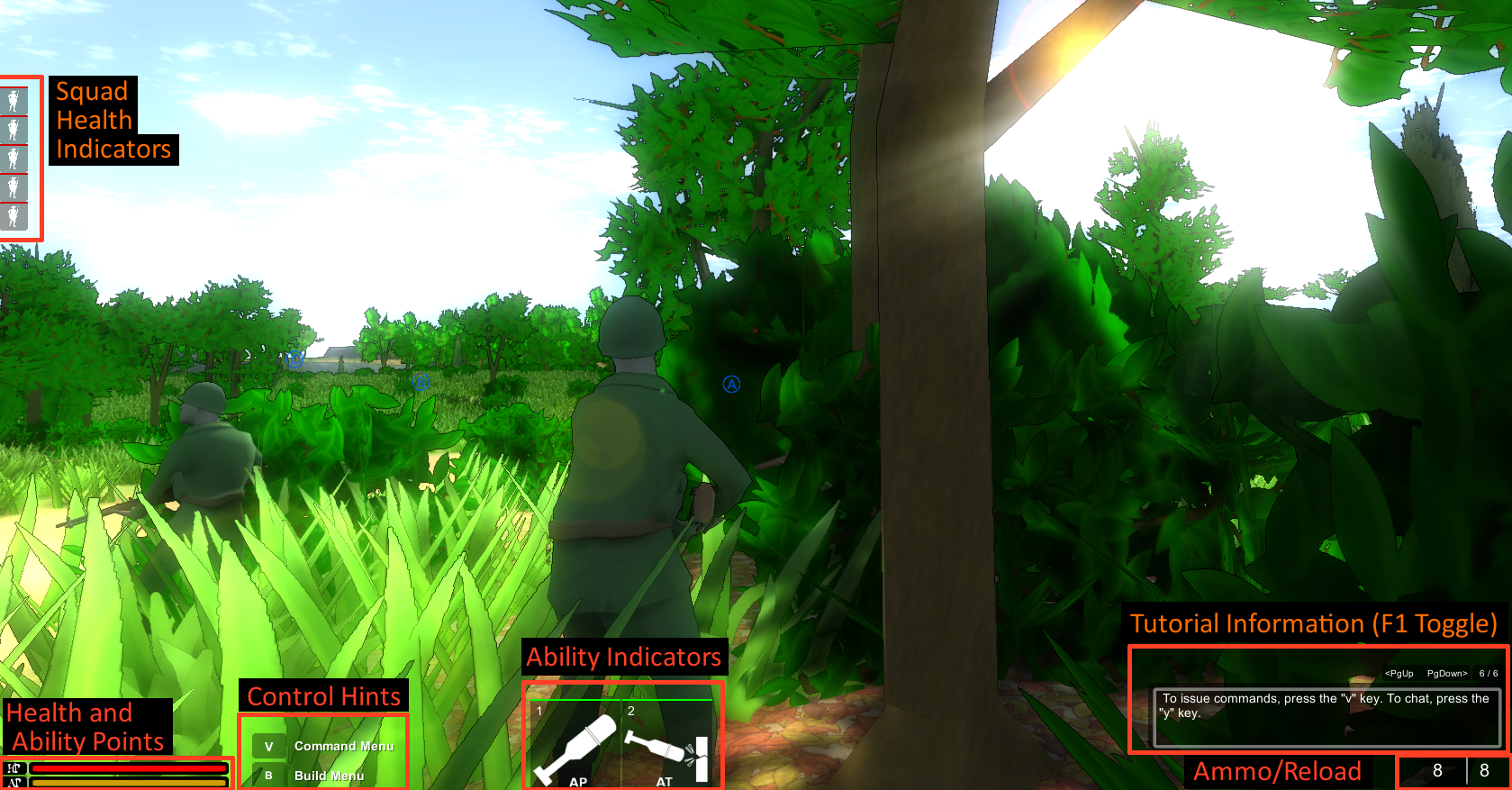 Some equipment, like mortars, now with a bombardment type ability. You simply active the skill, highlight below, and designate the target. If your squad has set their equipment up, they begin firing. 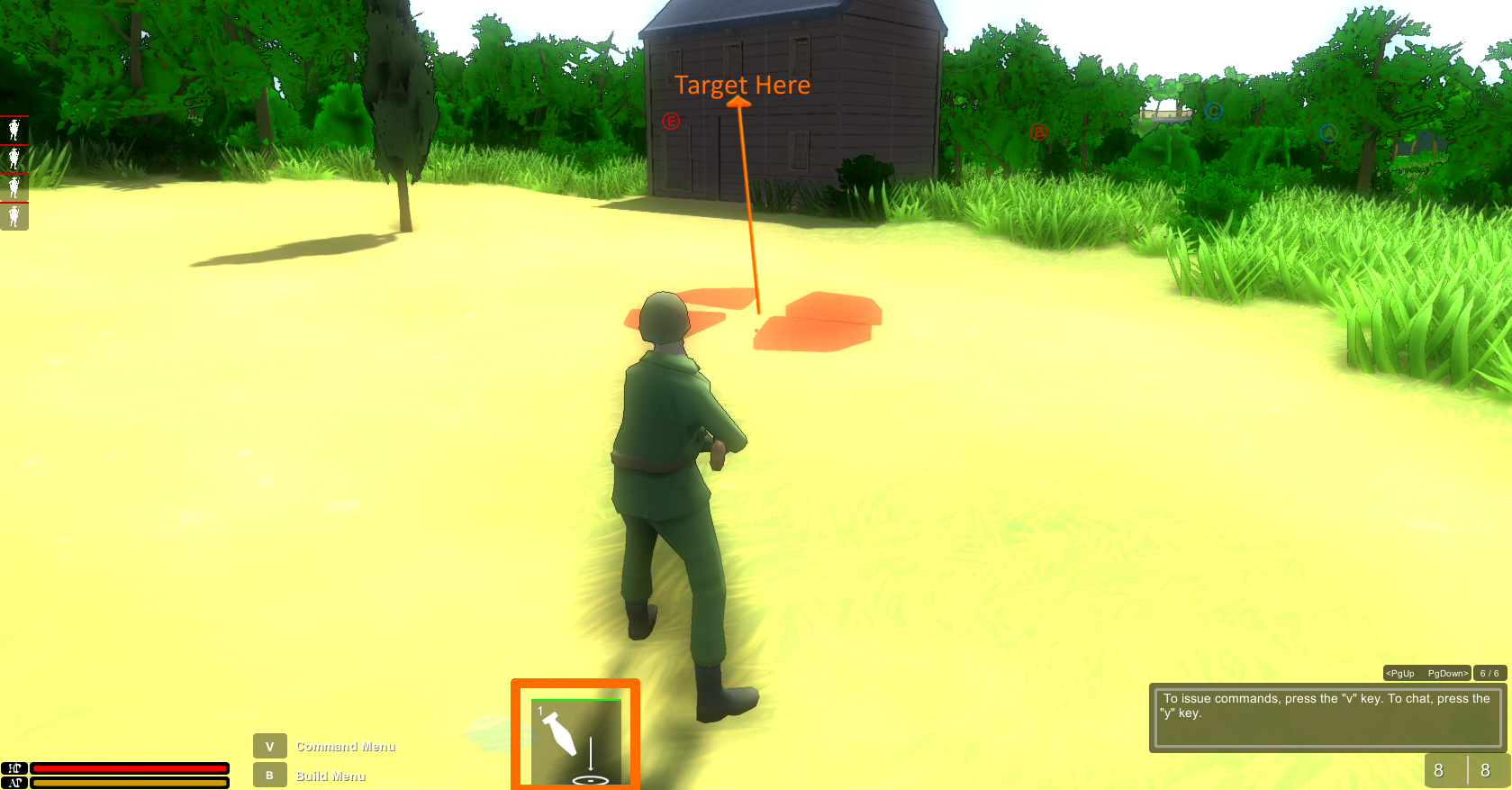 In this example, we target a small house. Simply press the ability button, in this case "1". Look at the target and activate the ability with left mouse to make it rain. Then watch, enjoy and obliterate your enemies. 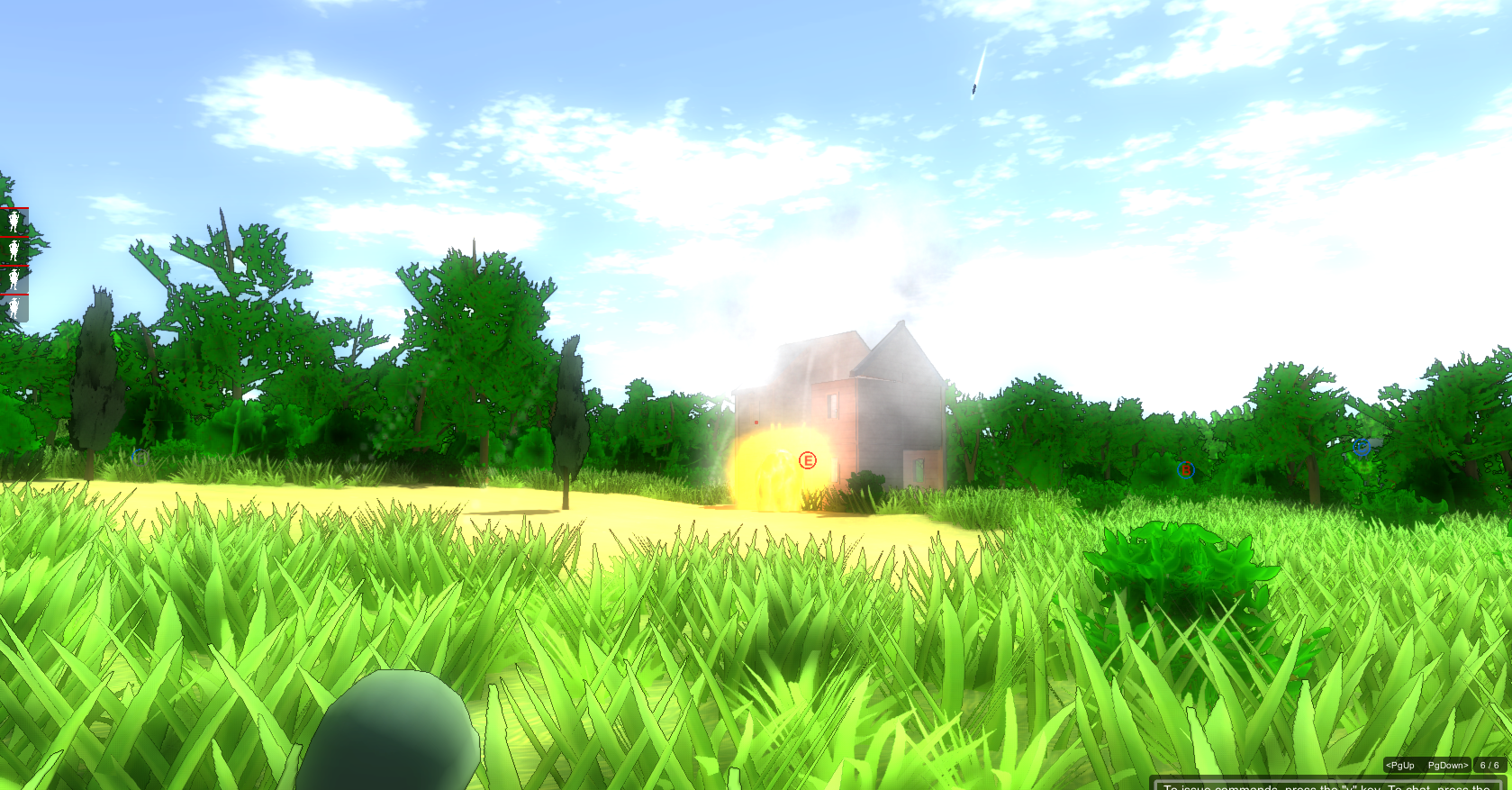 More maps, vehicles and squad types are on the way! Give the game a try; I'm ready to listen to suggestions and opinions.