The final installment of the Project Reality: ArmA 2 Highlights Reel specials for August. For those of you that still want more, after a weeks worth of updates, we won't let you down either. We have created an online Album, which you can browse through to your hearts content.

Welcome to Part 4, and what is the final installment of the Project Reality: ArmA 2 Highlights Reel specials for August.

To compliment the Apache and Merlin we have added the Chinook into the mix. This is the work horse of the British Army at the moment, and that will be reflected in PR: ArmA2, giving the British Army a way to move both supplies and men around the battlefield in relative safety. This will complete the current Helicopters for the first release of PR: ArmA2. and will be a vital asset for the British troops on the ground.

[R-CON]ebanks, a recent addition to the team, is now one of the Project Reality Terrain Developers and has been working hard on a second PR Island .....we will let the images speak for themselves! Needless to say, it will be a great area to field some epic future PvP battles. A 20km x 20km Battlefield that is set in the Maidan Wardak Province - Afghanistan. Lots of thick Vegitation in the valley, with Hideouts for the Taliban in the surrounding Mountains, all set to challenge the best of the British Forces. A huge FOB, will also feature on this new Island, allowing the British Forces a safe haven and a place to move out and patrol from.

For those of you that still want more, after a weeks worth of updates, we won't let you down either. We have created an online Album, which you can browse through to your hearts content. Feel free to bookmark it and check it every now and again, as we intend to keep this up to date in the future.

Work as always goes on with the more technical side of Project Reality, and we have saved this until last, setting it up nicely for the Gameplay Feature next month. This is the section that in essence will be the human interface for our Gameplay. Dialogs, menus and HUD development, will all add a splash of PR to ArmA2 in every way. From simple menus, like the Player Menu and the Interaction Menu to a well thought out multi-level cargo system and of course crisp loading screens, all to polish up the overall PR package.

More importantly however they will allow ease of Squad Management, ability to provide first aid to others and treat yourself with your personal medical supplies, making it easy to request whatever you need and simplicity in joining and leaving squads, they all compliment a mod and assist greatly in playability. We hope this answers some of the questions being asked on the forums at present. This will avail a fresh new way to interact and perform tasks in PR:ArmA2, all kept in a fairly simple and effective style.

More about how they are used next month.

The Project Reality Team are still actively recruiting. We are currently seeking Scriptors, Texture Artists & Sound Engineers to bolster these departments. We have had a number of applications already, and we are currently going through these as fast as we can, so please bear with us. Of course if you have any other skill other than those mentioned above but within ArmA2 and would like to help out, please don't hesitate to contact any of the team, or email [R-DEV]UK_Force. Whatever your skill, let us know. We are always recruiting.

So there you have it. The last in a bumper series of Highlights Reels within a short period of time, as you can see a lot is going on within the ArmA2 Dept. We are making great progress as a team, and a lot of this is due to the great community feedback we receive daily. It's the community that makes Project Reality what it is, and we are sure these latest reels will keep you all hyped for a great release.

As a further treat I can tell you that our Video Developer - [R-DEV]trini_scourge is currently working on five productions for next month to highlight and explain in depth Project Reality gameplay, this will be tied in with a full Highlights reel in September purely on Gameplay. For further information please feel free to browse the Project Reality: ArmA 2 Forums and become more involved. Until next time... 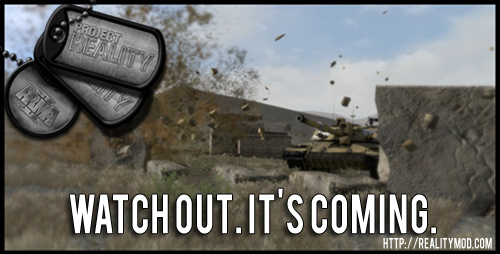 Awesome stuff! I can't wait to see it all put together!