Description of the power ups added in TankCity game!

Hi, today I finished coding, designing and modeling power ups for my game TankCity! There are total of five power ups in the game to help score the maximum points! Take a look at the video here to get an idea of the gameplay! 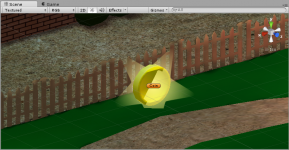 First one here is just a coin, it simply increases your score and nothing else! It will be spawned with .4 (highest) probability! 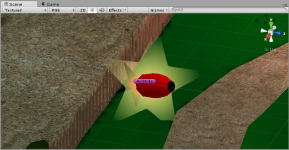 This one here, shaped like a missile is called AirStrike! It calls down an airstrike from God knows where and a missile falls down on one of the enemies, destroying him and earning you points!
Something like this... 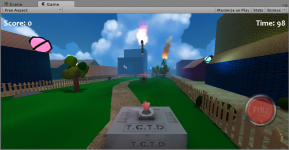 Time:
There is limited number of seconds in which player have to score maximum points! This power up will increase that time by 10 seconds!
Probability = .2; 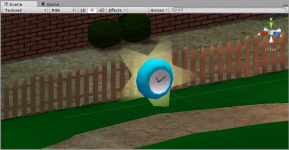 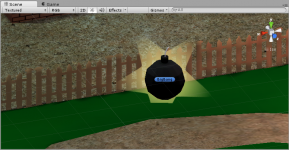 Okay Idk what to name this one(though other power ups ain't named very intelligibly either, I admit!)
but what this one do is, it blow up all of the tanks (only enemy tanks) in the scene!(they respawn again so don't worry about them!)
Probability = .1(Rare);

SlowDown:
Causes everything to move and act in slow motion! To be precise 1/4 of the original speed of time! But player moves with (almost)normal speed !
Probability = .1; 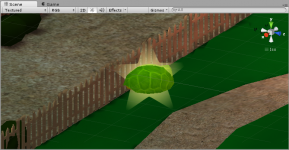