We want to say a big thanks to everyone who took the time check out Lost Sea and chat with us at PAX Australia! It was a really cool experience to show people the game and hear their thoughts. If you came by the booth you probably would have seen us hovering behind somebody, frantically taking notes and asking them questions while they played. Thinking about showing your game at PAX or similar events? Read our full post PAX impressions and thoughts...

First of all, we want to say a big thanks to everyone who took the time check out Lost Sea and chat with us! It was a really cool experience to show people the game and hear their thoughts. If you came by the booth you probably would have seen me hovering behind somebody, frantically taking notes and asking them questions while they played.

As PAX AUS was the first opportunity for anyone outside the studio to play Lost Sea it had the potential to be truly terrifying, although fortunately for us, it ended up going quite smoothly! Despite some players breezing through areas we considered complex while others struggled with mechanics that seemed simple to us during development, over three days this normalized out and we we're able to identify the more common issues. Being there in person meant we could nudge people in the right direction if needed and, more importantly, allowed us to chat with them to get a clear idea of how we could improve for final release. 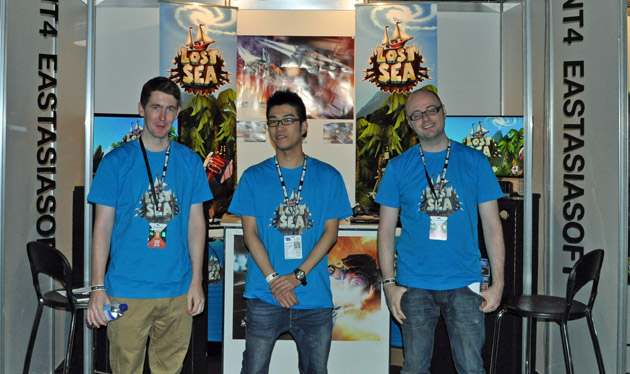 Making a build for a public show is tricky because you need to make certain decisions that won't be an issue in the main game. How much time will we limit the demo to? How hard should the win condition be? What enemies should we include? You end up having to make certain assumptions which isn't ideal. When developing a game it can be very easy to lose objectivity as you're thinking about features in the context of a complete game, not how they are at that precise moment in time, which can complicate matters further.

We had two demo units at the show, and they were both occupied pretty much constantly. After some quick napkin maths we estimate that around three hundred people had the chance to play the game. Dan commented that it would have been great to have some sort of analytic tools in the build since we could only watch one station at a time, and as we certainly saw some conflicting observations. It's something we will seriously consider for future events depending on if we have time. I would have really loved a heat map showing how players navigated the island but that's mainly because I think they look cool. 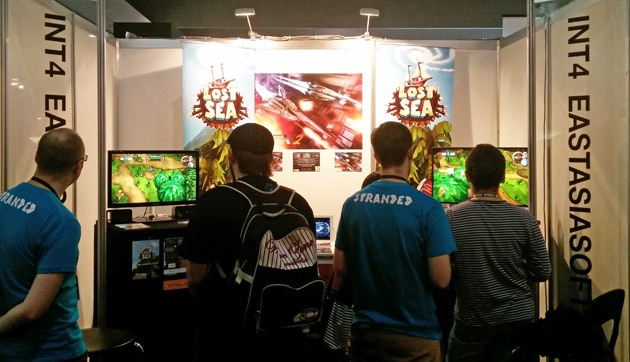 Many people think that being a designer involves skateboarding into meetings, cappuccino in one hand, the other wildly gesticulating and talking in onomatopoeia (It needs more... "SWOOOSH! y'know?!). In reality there are many more spreadsheets and lists. So what we have now is a incredibly useful list of the most common issues and comments we received during PAX, ranging from fairly simple fixes like the wording of tool tips to entirely new features we hadn't even considered. This sort of feedback is invaluable, especially to a small team like ours! If you are working on a game, and you have the opportunity, I would strongly recommend taking a build to a show like PAX.

More pictures and impressions from the Lost Sea crew at PAX Australia can be found on Facebook.