On the 19th July 2013, with much trepidation we unveiled Ninja Pizza Girl to the world at PAX Aus and it was ... AWESOME!!

We met so many great people! It was beyond amazing to see so many very different people having fun playing the game. The feedback we got was invaluable, and will make the final game that much better.

We talked to quite a few very nice journalists who were keen to hear about our little family team and the game we’re making, and we talked to a few more when we got home :) PAXAus was a hundred percent worth it for us. Getting the demo ready wasn't easy, physically getting there was a bit epic (we had to travel 2000kms with 3 kids and the stuff for the booth), and we all got PAX pox which wiped us out for weeks when we got home! But it was soooooooo amazingly incredibly worth it.

We're planning to release next year at PAX Aus, and hopefully head to PAX Prime next year! 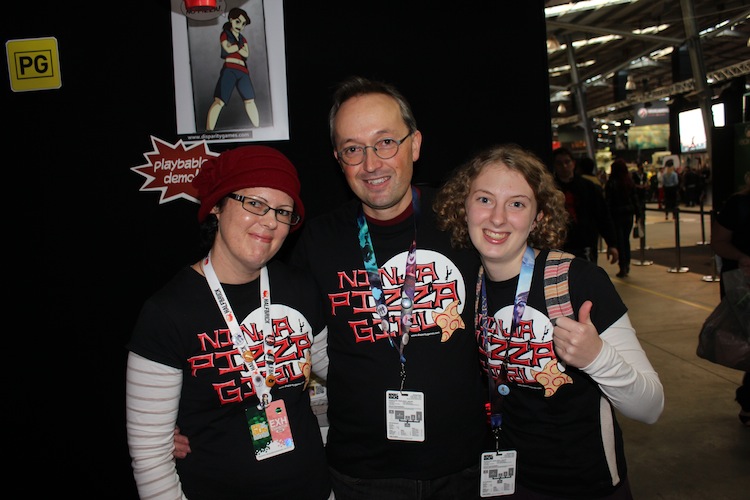 Penny Arcade Report: The Family that's making a game and the 16-year-old artist who will never get "good enough"
Ben Kuchera talks to us about Ninja Pizza Girl and what it's like to be a games developer at 16.

IGX Pro: Indie Spotlight - Disparity Games
An in-depth look at who were are, what we do and how we do it. By the incredibly friendly Mister Vincent Parisi.

Another Castle: PAX Aus 2013 - Platforming for iOS with Ninja Pizza Girl and the Family
A live interview with Jason at PAXAus 2013 by Kaes Cillessen and his extremely professional crew from Another Castle 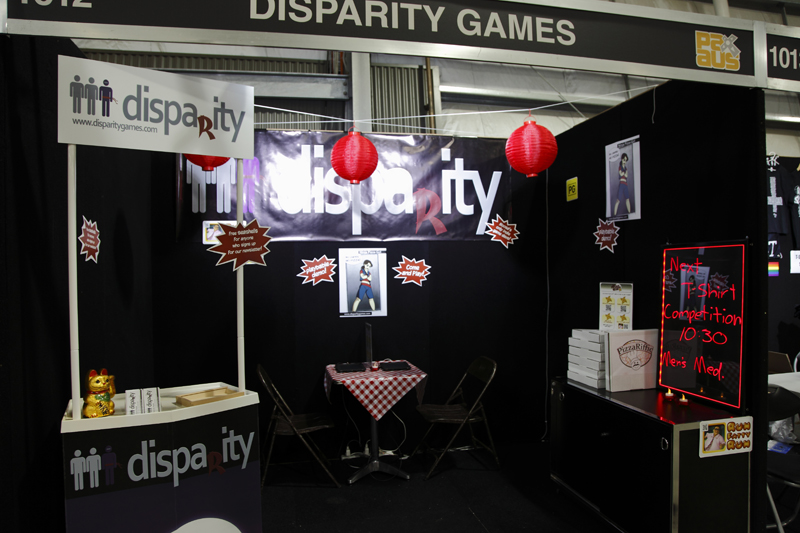