It took us about a week to recover from PAX East. We'd thought we'd share our Kickstarter update to the lovely IndieDB community as well.

We briefly discussed PAX East on our previous update but we still weren't allowed to officially announce that we'd be a part of the awesome Indie Megabooth.

I will soon post a full "post-mortem" specifically aimed for indies outside of the US. It's an extremely taxing experience and I'd like to dedicate a full article to it soon. 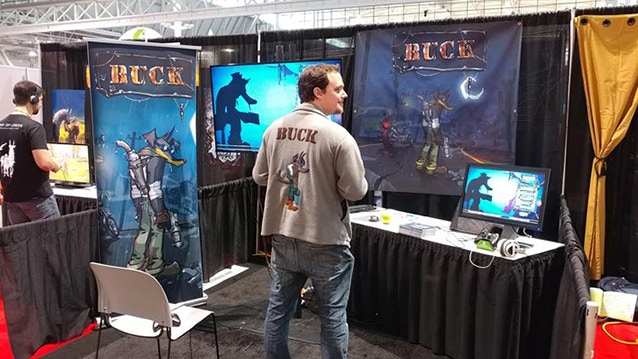 Gal is showing off his old BUCK vest

If any of you follow the indie gaming scene in general, you've probably heard of the megabooth before. For those who don't know what it is, it's essentially a kind of curation platform for indie games on big gaming events like PAX.

The Indie Megabooth reviews game submissions and choose what they want to showcase on their next line-up. BUCK was chosen to be a part of PAX East 2017 Indie Megabooth Line-up and that was a big compliment for us! We thank Christopher Floyd and all the Indie Megabooth staff for having us!

PAX has changed a lot throughout the years but it's always been a centerpiece for indie devs. Some of our favorite indie games were showcased at PAX and on the Indie Megabooth!

This being our first ever gaming convention, we had no idea what to expect. We arrived, talked to other experienced indie devs, the local PAX staff and enforcers. We were given our spot on the Indie Megabooth floor and set up the booth as quickly as we could. The next day PAX had begun and the doors swung open. Thousands of people came rushing in and packed the entire convention hall in less than an hour. 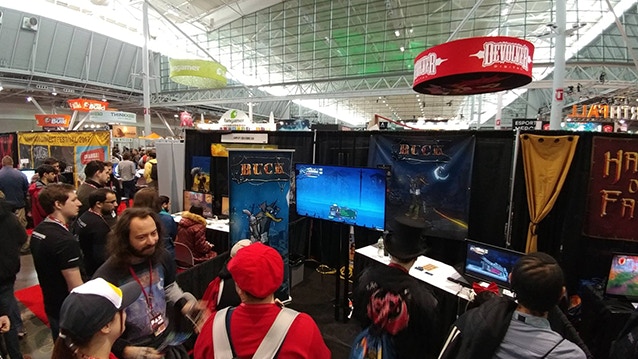 BUCK's booth was placed at a very good spot on the show floor. We were right next to a main travel path which meant that our booth was essentially packed for 3 days straight! It was just myself and Amir, so we couldn't leave the booth without needing to call volunteers to replace us. If BUCK makes it to another convention sometime in 2017, we’ll make sure we go with a bigger team size to any future conventions. 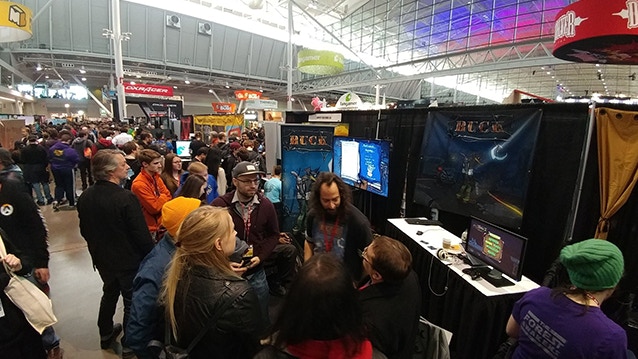 By the second day we knew our pitch by heart. We said it 300 times a day, at least.

Overall it was an extremely tough but rewarding experience. It was great talking to so many new people who loved our art-style and the story of the real dogs behind our game. It was also great to talk with other indie devs, like the awesome guys behind Decay of Logos from Portugal. Most indies go through similar difficulties with publishers, marketing and PR. So it was comforting to hear the same complaints from other developers across the world and to know that it's what we all go through together as indies. 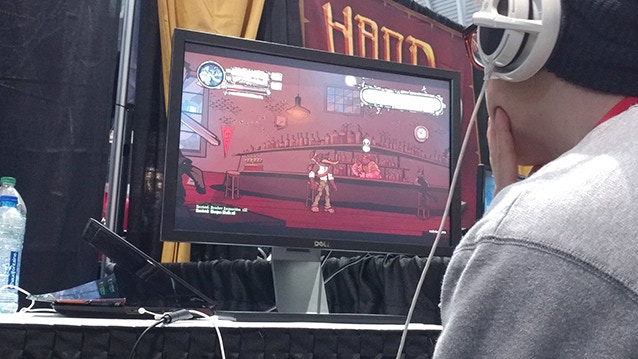 Some players stayed for over 45 minutes to play, it was great.

We even met a few of your Kickstarter backers! Which was just awesome. We had great fun meeting some of you in person and we hope to meet more of your as time goes by!

We had PAX on the same week as our launch on Early Access, which was overwhelmingly difficult. We launched BUCK about two and a half weeks after our intended release date, which is not that bad! 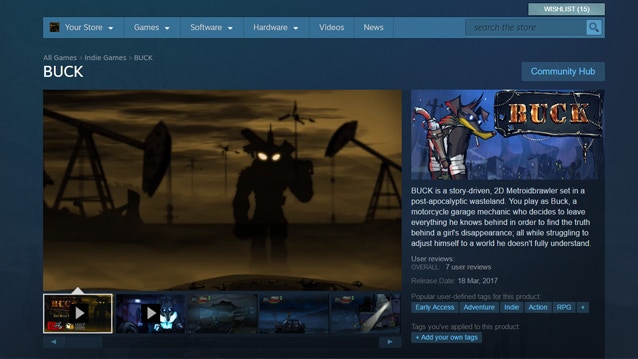 Continue developing the game:We were so focused on reaching Early Access and surviving PAX that to suddenly realize we have a game on Steam is a bit of a shocker. After a few days of recovery from the release we set up a brand new schedule for our studio and we'd like to invite all of you to take part it it! 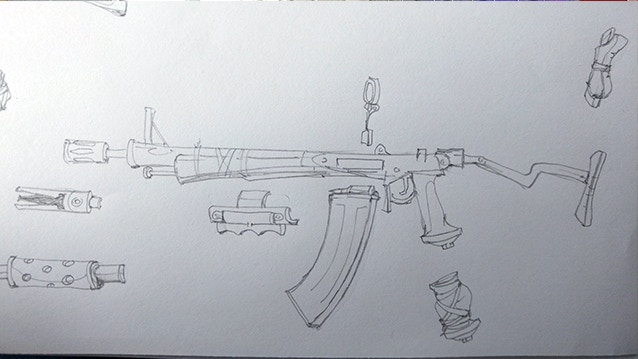 A new special ranged weapon is in development!

Growing a community: Hopefully more YouTubers like KatherineOfSky will take a liking to BUCK and help us spread the word.

Thank you for the videos Katherine!

As you might know, It ain't easy being indie.

That's why any share, follow or RT, on any of our social media profiles down below is vital. Having a bigger and active fan-base will help us reach a lot more people! BUCK is out in the wilds now and we needs as many gamers and fans to help us reach even more conventions, work with bigger PR firms and secure a stronger, official launch for our beloved game.

Consider following, joining in our talks and commenting on our posts in any of our online profiles:

It's essential for any game to have an active community. We're pretty chill and don't really spam since we're mostly busy making BUCK. So come on over to our social media. hang out with us help us introduce new followers, fans and pet lovers to BUCK.

Do you think only programmers experience the bane that is "crunch mode"? This trailer was edited during the whole night before our flight to Boston and PAX East. Nearly 12 hours of work for one badass trailer!

Let us know what you think about it! Because folks really took a liking to this trailer on the show floor:

That about wraps this update up. We hope you'll join us for what we hope to be an exciting and action-packed year for BUCK. We hope to talk to all of you on Discord and get BUCK in front of as many new potential fans.

See you on the next update!

If you need anything, you can find me right here.