A new version of Possession: Escape from the Nether Regions has been released, adding new graphics settings to the game.

I've released a new version of the original Possession. No gameplay changes, but this adds support for graphics, though it has nowhere near the polish and fancy effects that Possession 2 has. Not sure if it'd really matters that much to roguetemplers, but maybe there are actually some people here who hate ASCII games.
There are separate settings for creature and environment graphics, so if you like having ASCII characters for creatures, but want a graphical level, you can. Or, if you like having creature graphics, but an ASCII level, you can, too.

This isn't Possession 2. It uses the same sprites, but Possession 2 has much more polish and flair. I'm still continuing to work on Possession 2, and while I am posting updates to Possession 2's indie DB page, if you're interesting in receiving exclusive updates and info, go ahead and sign up for our newsletter! 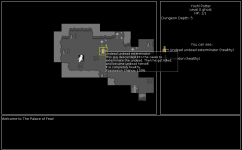 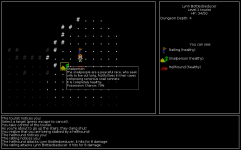 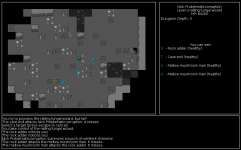 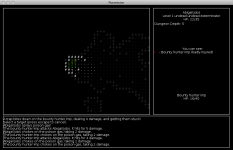