Post news RSS Porradaria 2: From Red&Blue to Pagode of the Night

Porradaria 2 Red&Blue were merged into one single version, Porradaria 2: Pagode of the Night. 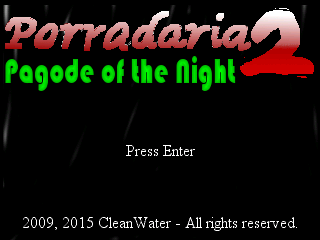 This news is to justify to you why I decided to make Porradaria 2 Red and Blue one single version, and why of the change of the name.

Whenever I'm writing a game plot, coming up with a game title, or anything else, I'm thinking about how to make a joke it with. I poke fun of myself oftenly, even in my games I poke fun at myself.
When I released Porradaria 2 and divided it into Red and Blue, I wanted to make a joke about these "exactly the same color swapped games".
Of course that's not my intention to offend anyone with this, a joke is for everyone to laugh. If a joke offend someone, it's not a joke anymore.

After receiving some feedback, I realized that most players were feeling unsatisfied by this division, so I decided to merge both games into one single version, the Porradaria 2: Pagode of the Night.

Now that both versions are merged, you can choose to play between the Ninja: 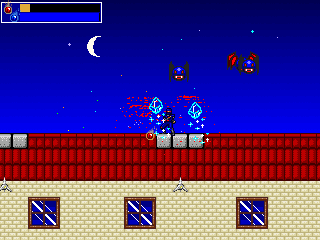 ...or his nemesis, the Swordsman. 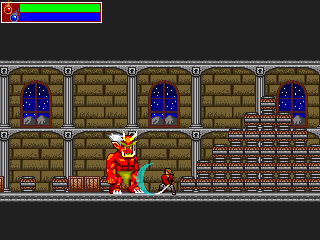 Please, don't mistake "Pagode" with "Pagoda". Pagode is a brazilian musical genre, Pagoda is a sacred temple. Make jokes with any religion is not right, NEVER.

This new glued up version is still in development, but will be released soon.