An announcement about Pongo! The game has been alpha released, with a free demo available to try out! We also have a steam greenlight post and a kickstarter!

Hey everyone, after a lot of bug fixing-n-such, we have finally been able to create a fully playable alpha build! If you have not heard of Pongo, it is a 3D action platformer that combines pogo stick jumps with strategic FPS combat. Your Pongo, a tool usable as either a pogo stick or a gun, to obliterate enemies and traverse the vast islands of Flubber. Balance rapid movement and high jumps with challenging combat, hordes of enemies, puzzles and traps at every turn.

The official website has been released to, now accessible to the public at:
now live: www.pongogame.com

The Steam Greenlight as been launched as well, and it would be greatly appreciated leaving an upvote! : Steamcommunity.com

Thank you guys for your support and feedback, this page has kept us motivated in the development od Pongo!
Stay tuned on Twitter for more updates! Twitter.com 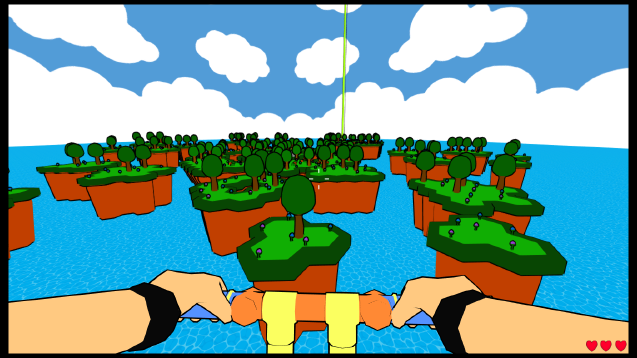