hey guys, thanks for the awesome year. you guys are the best. Its awesome to have one of the best warcraft mods on MODB let alone the whole website!

sorry about all the late updates and not being in touch so frequently, to make up for it i know this is out of the blue but i will put a warcraft 3: heros of the storm t shirt for the sims 3 (yeah weird but just free content i guess) without further adue i will talk about the survey results: 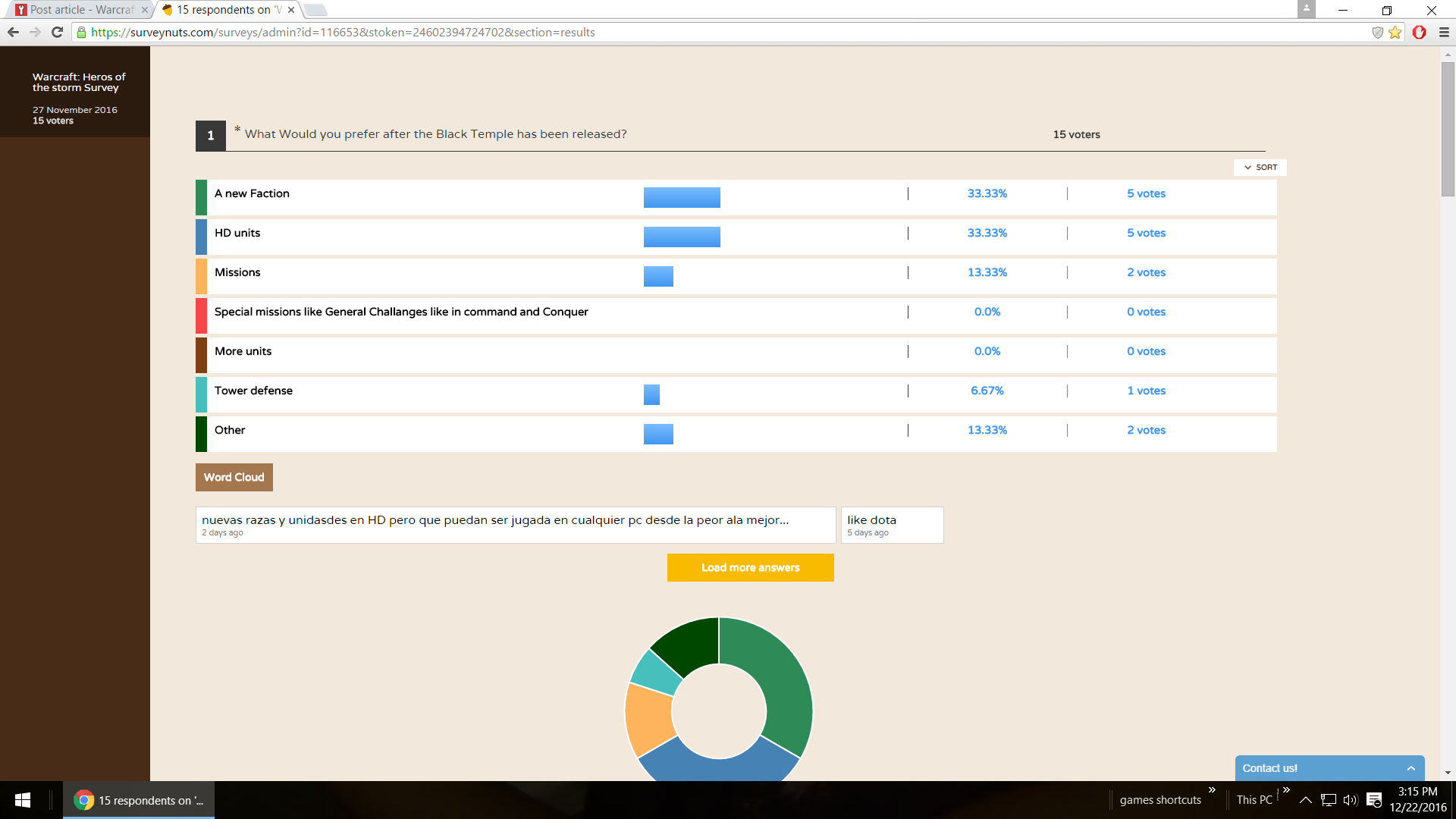 So people want HD units and factions more than anything, I have messed around with the HD units a little and broke my patch.war listfile in the process so i am unable to mod certain units until i reinstall my game or fixes paths. SO HD units are on halt until i know what i am really doing.

New factions are pretty fun but also a nightmare to be honest i hate making custom icons and adding descriptions because no matter how beast your PC is, it takes for ever to load when completed. But i am willing to suffer to make a new team XD the scarlet crusade has ALL custom icons for all their units (except peasants and 2 or three hero abilities)

Now the Spanish answer asked both HD and Custom teams i think? and yeah always HD and custom teams the only team was an acceptation was the gobilns.

For Dota, i don't want to do that ONLY because the file size of the map, it's unable to play online P.S if anyone has found a way please please please let me know.

Missions would be really fun to make any of you who have played the zerg arcade game i made i got Kael as a custom announcer as well as kerrigan and nydas worms and a whole bunch of triggers. It was a blast to make and i wish more people voted for it. The GENERAL challanges would be fun to make they are pretty much a hybrid missions and skirmish as you fight an AI who has a preastablished base and lots of triggers and it is themed for example if you are fighting bloodelves throughout the game kael will mock you and talk, and the map will take place somewhere blood elf themed. Tower defense games falls upon the same category as its triggers and an objective. I have made some tower defenses many may years ago but found it hard to balance them. 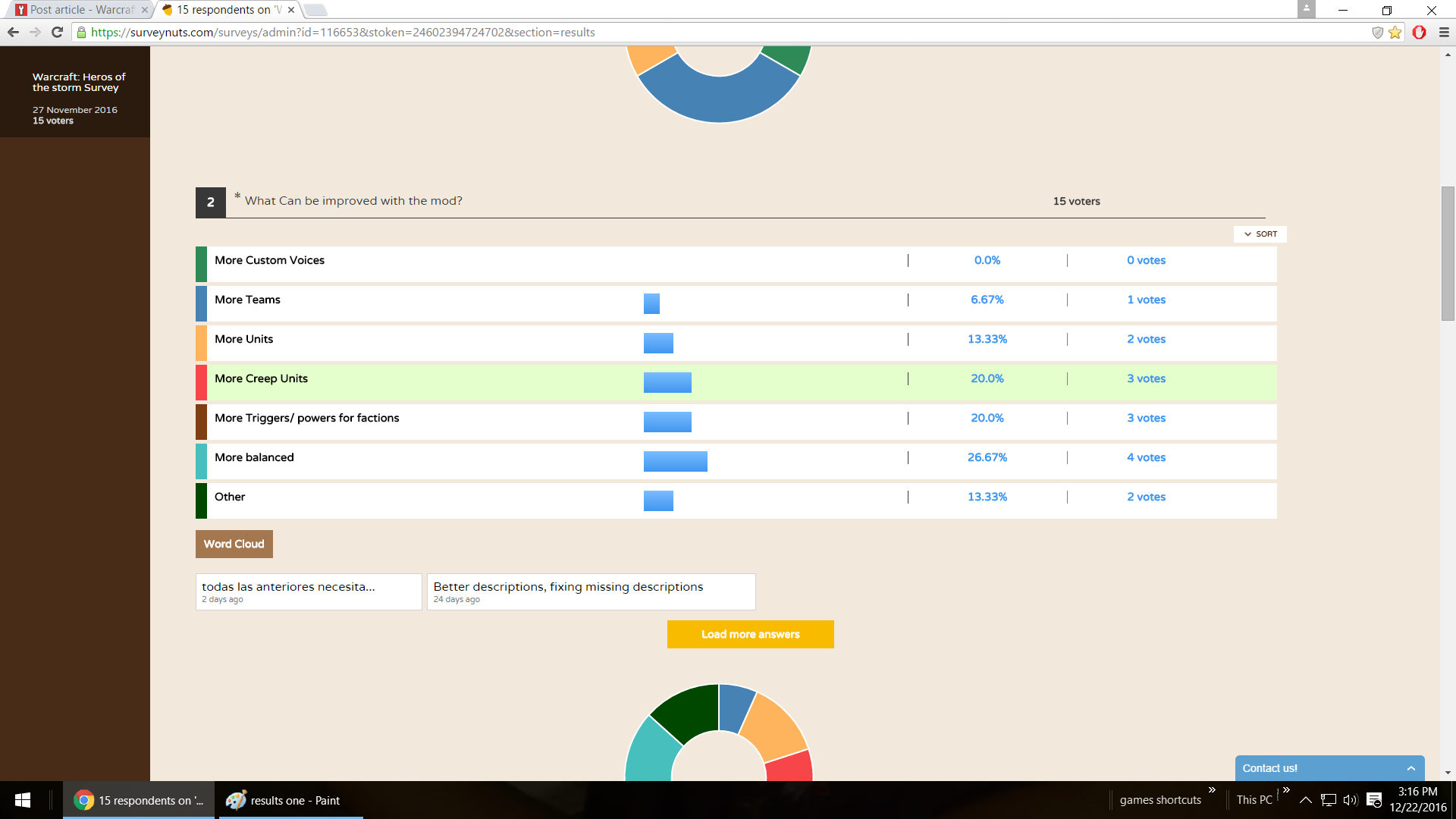 i am completely aware of the balanced issues and i am going to fix that next mega patch. The reason i didnt bother about it so much is because you are only versing the computer (if it was some one else online totally different story) but if its what you guys want i am more than happy to fix it.

teams is factions dont know why i put that there..

more units is interesting, what i will do is that i will add custom units to orcs and night elfs etc so if you play as them, i will make they are diverse as well as adding the campaign units in aswell. Also making the AI use them i will try but no promises.

creep units i did in the nagrand map and from here on out make more custom creep units for maps, But if i can HD the creep units in game i hope that will be an equal effect.

triggers/powers will come in the mega update, the scarlet and legion have them (scarlet is a world mass resurrect and legion is summon the infernals) also i will add custom cheats in the game that you can use in the maps (might take them out if ever works with other people)

Spanish question was all of questions which he is right except the voice, i love custom voices but the problem is that with every voice i make, i have to replace on in game which is a real pain. 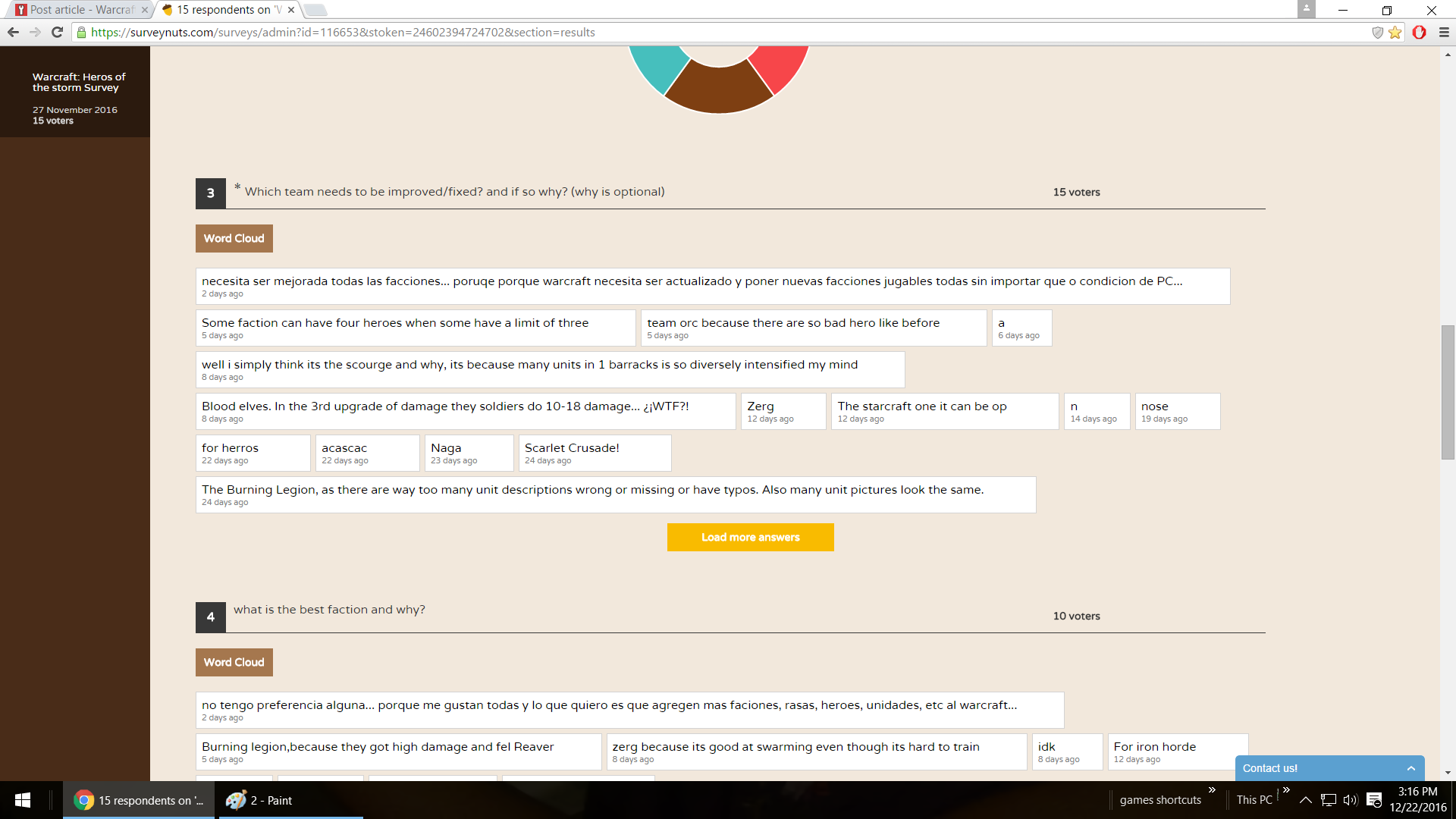 okay so spanish question was pretty much upgrade all factions because of warcraft is outdated which i think he is refering to orcs nightelfs etc.. yeah i will add some more units to them to make them more fresh.

i have fixed the hero limit for next patch

i am not too sure with the orc... if its the iron horde i think maybe they could use more artillery weapons with upgrades, i wanted to make their mech weapons the best in the game as in WOD they are a faction based on having heavy powerful weapoonary.

the scourge with all the ghouls is just where i used diffrent ghouls with diffrent raise dead abilties, but i might add more deathknights with difffrent abilties as well as a few new units.

blood elves i will fix that upgrade.

Zerg is OP with the zerglings being able to murder anything with ease back then i didnt know how to use speed upgrades right but i will fix that so they are more balanced.

Naga i didnt do much with i kept them was they are in war3 but i think they are decently balanced but if some one comments if they need a buff or nerf i will get onto it.

Scarlets are not out yet :P

okay... legion faction was the first team i made all the way back in 2012 and yeah they were poorly made when it comes to description but as again i have fixed that next patch. 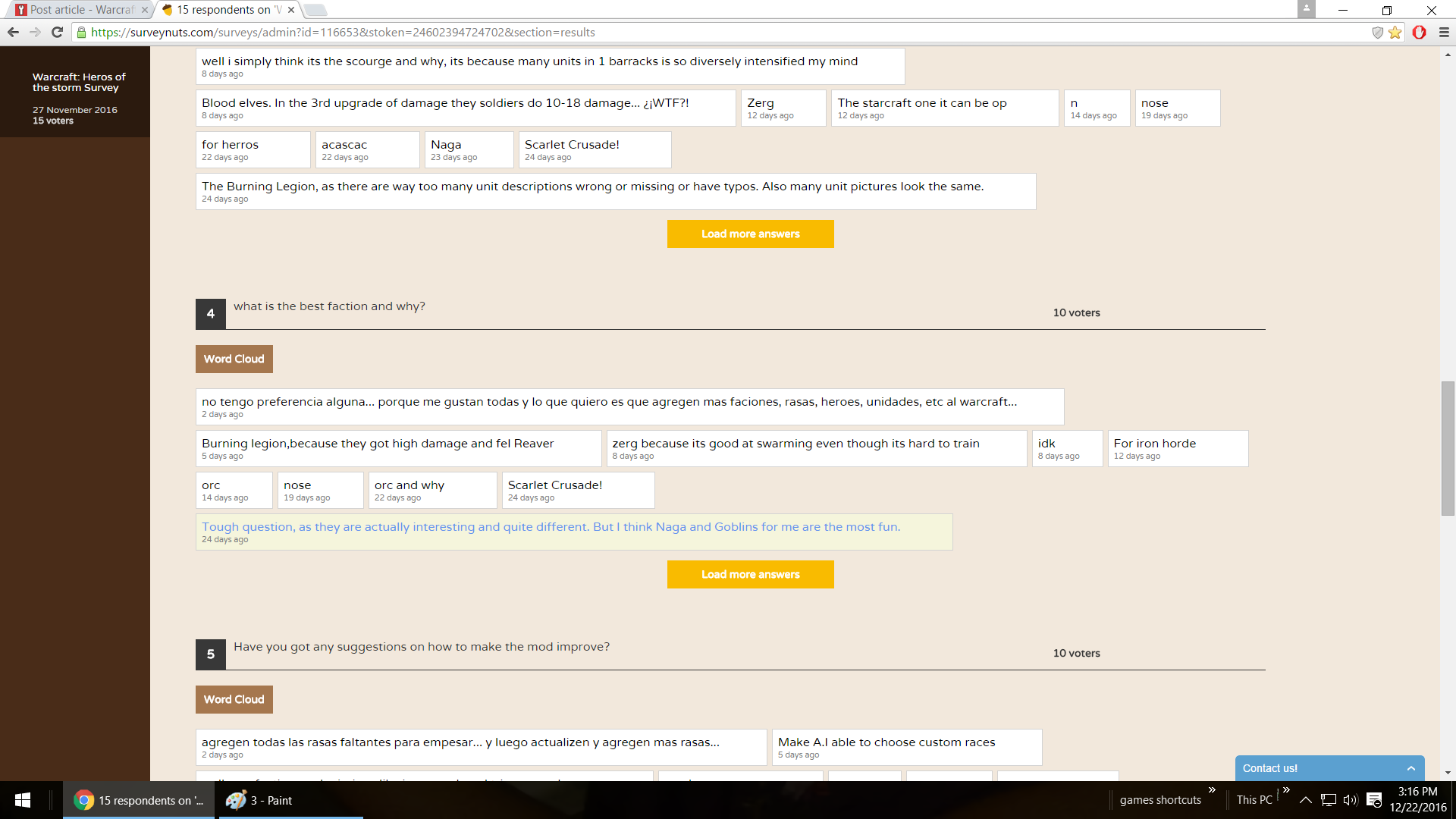 spanish question i think said liked all of them and wanted units heros added to warcraft.

Iron horde was fun making because at the time (before every one realized WOD sucked) they were this awesome faction that seemed badass and i had to make them.

naga like i said its the base game and i find the goblins interesting because my personal opinion it was hard to make them because i dont like goblins and have little passion but i am glad people like them, i am thinking about making upgrades that allows goblins to build and train units faster. 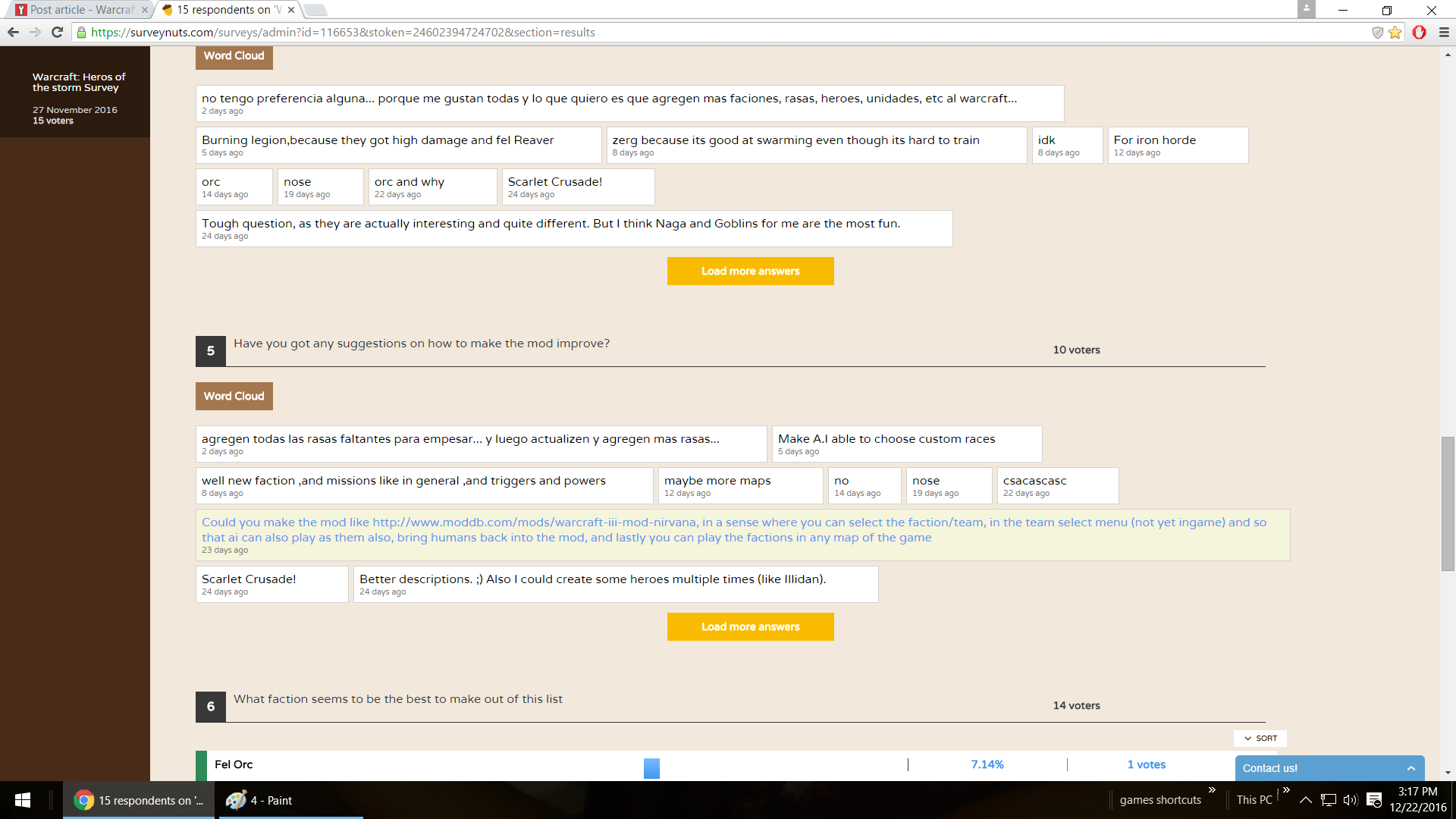 i couldn't translate the spanish question well, think it said add missing descriptions?? which i have already done most of them.

A.I using custom races i will talk about at the end of the article.

new factions will always be made :) and general challenges might do down the track but i want to give the people what they want first aha :) powers and triggers will be added in soon

yeah with maps, i have to add more factions in 0 before i make another map but yeah after scarlet is done and another faction for sure!

i will talk about the menu option after

fixed the multiple heros and descriptions! 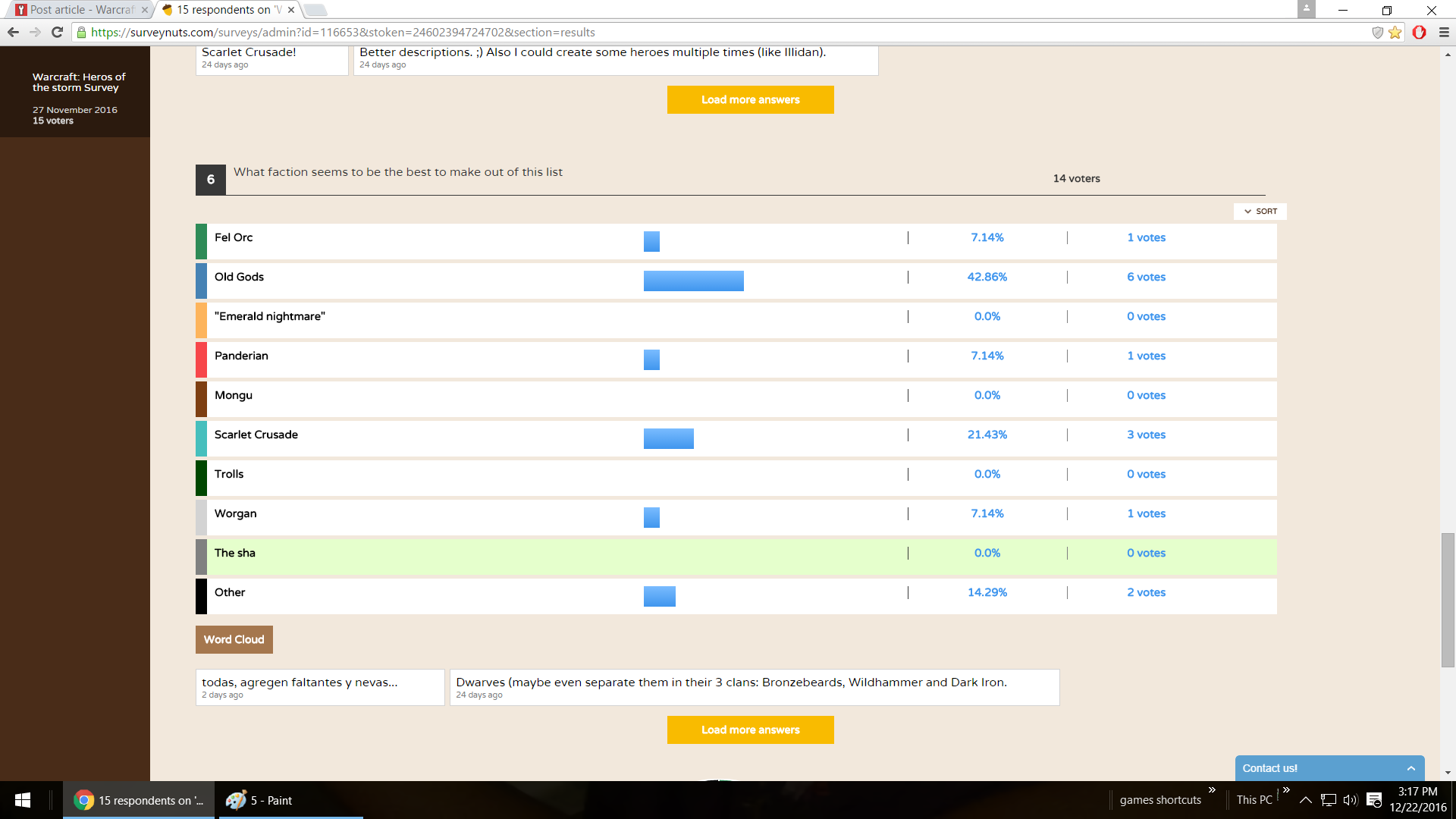 scarlet crusade is made and i will talk about it later.

worgan would be interesting to make, if i did i think i would make them start as basic humans and give them a curse abailty or something would be tricky.

pandirans would be good though lack of Chinese structures on model websites at the moment. 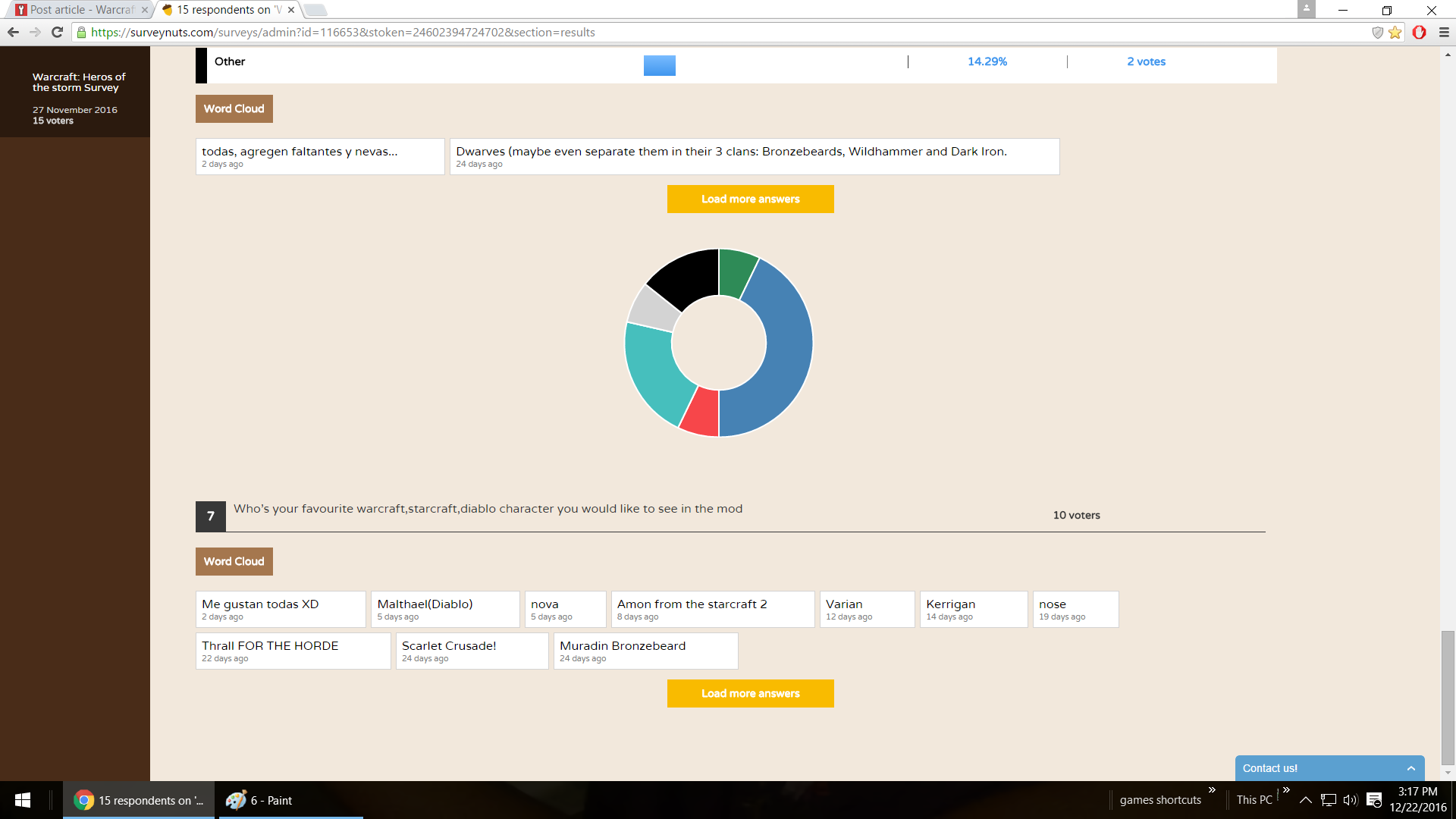 spannish one said he likes them all! aha :)

i can add mathiel i think?? i am pretty sure i can

AMON?? lol maybe but i dont have no starcraft models trust me if i had the chance i would put amon and all the hybrids in warcraft, i love amon, i can see it amon vs dark gods.

varian will be when i get the humans back in!

lol kerigan is already in the game

thrall will add in (as a campaign unit for the orcs.)

same goes with bronze beard for the undead faction. 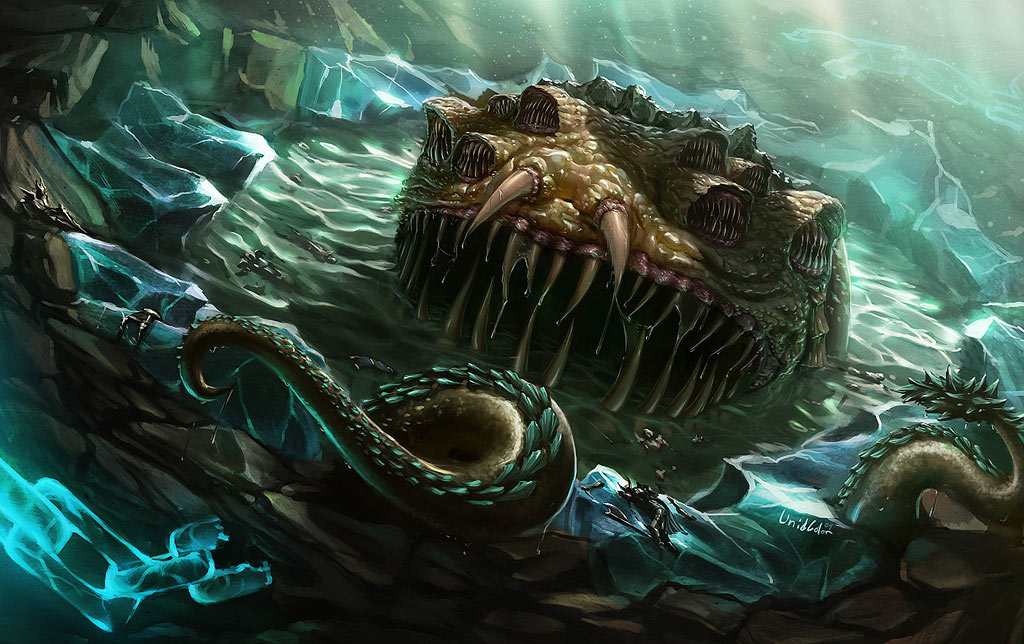 where to begin i realised they are good on paper but hard to balance. I will make them 0 when i saw people want them so much i looked into so much lore about them and saw how crazy powerful they are (lore fact: it is said if they ever escape and get their full power pack, sargeris himself you plead for a quick death) i think they will play out as possessing other units on the map to join you and be able to have 2 stationary heros (c'thun and yogg) and their units are crazy expensive and like the fogotten ones and sithid and the twilight council. And later in the game have crazy powers...... i feel they have to be op its the old gods they are a billion times more powerful than everything. They are going in the next patch after scarlet i have some crazy models on my computer i want to use for an old god faction... they will have the most unique play style.

A.I using custom units, that is possible but i need to learn how to do it properly i would have to put them on the base teams when i give some more units to the factions.

making A.I use factions: that is hard hard work!! but later, like seriously later i will attempt it as you have to know assembly coding and we code all of warcraft 3, it's not as simple as making a map or adding units like you do in warcraft 3 world builder.

i'd like to thank all the wonderful people over at wow underground like nerthfill, denor mods, yonatanDS, henry, and all the rest (want credit and i didnt mention you please let me know) and to the people at wow chaos relm and hiveworkshop and here at moddb like redhawk for setting up the fourms, Matt@1995 for the starcraft models, dantes for the ground textures and the people that did the survey. for helping me make my dream come true aswell and yours. I honestly wish that i could be able to play LAN with my mod :( you guys are the best and i always listen to feed back and want to make a mod that i enjoy and you love. I hope in 2017 we will hit the top 100 on Moddb.

ONE LAST THING! enter a competition! tell me in the comments who is your favourte Blizzard "hero/villian" and why and i will make a tshirt design of a blizzard character of your choice for people to download (sorry i know that no onw plays sims 3 but i enjoy making merch designs for them and i hope one person that plays my mod dose lol)