With the recent hotfix release addressing the worst bugs on the stable branch, we have been able to focus on completing work for the next big release.

With the recent hotfix release addressing the worst bugs on the stable branch, we have been able to focus on completing work for the next big release. We have taken a step back from gameplay this time around, focusing instead on core engine logic and improved UI features.

Playtest 20200303 is now available, with a overhauled renderer that adds several long-awaited features:

We note that OpenGL 3.2 or OpenGL ES 3 are now required. Moving away from OpenGL 2 is important for future compatibility with modern rendering APIs (Vulkan/Metal). This does unfortunately mean dropping support for some older systems (typically 10+ years old) that currently can run OpenRA, but we believe that this is a necessary tradeoff for the future. 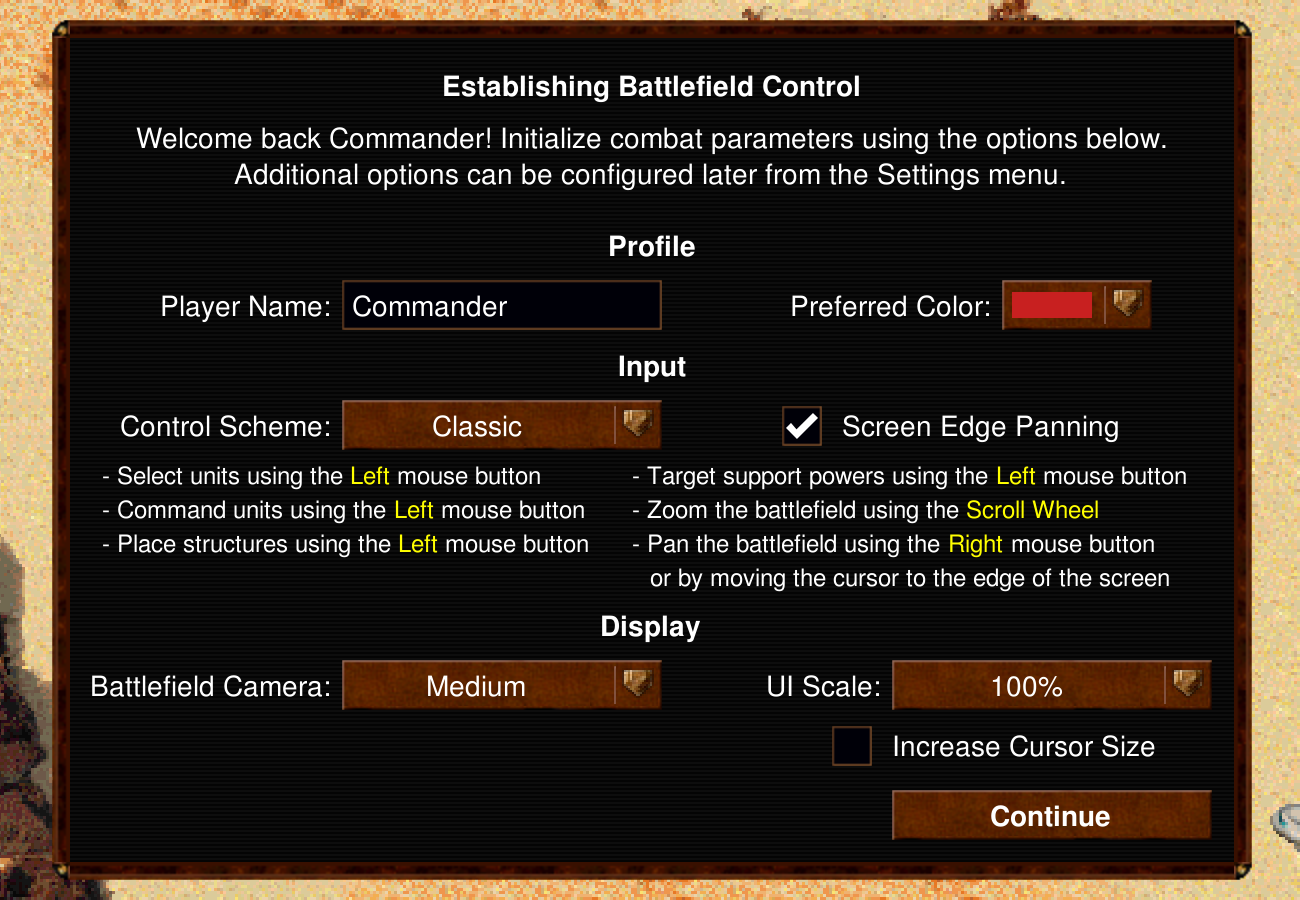 The new introduction screen shows the most important control and display options.

Other notable changes in playtest-20200303 include: 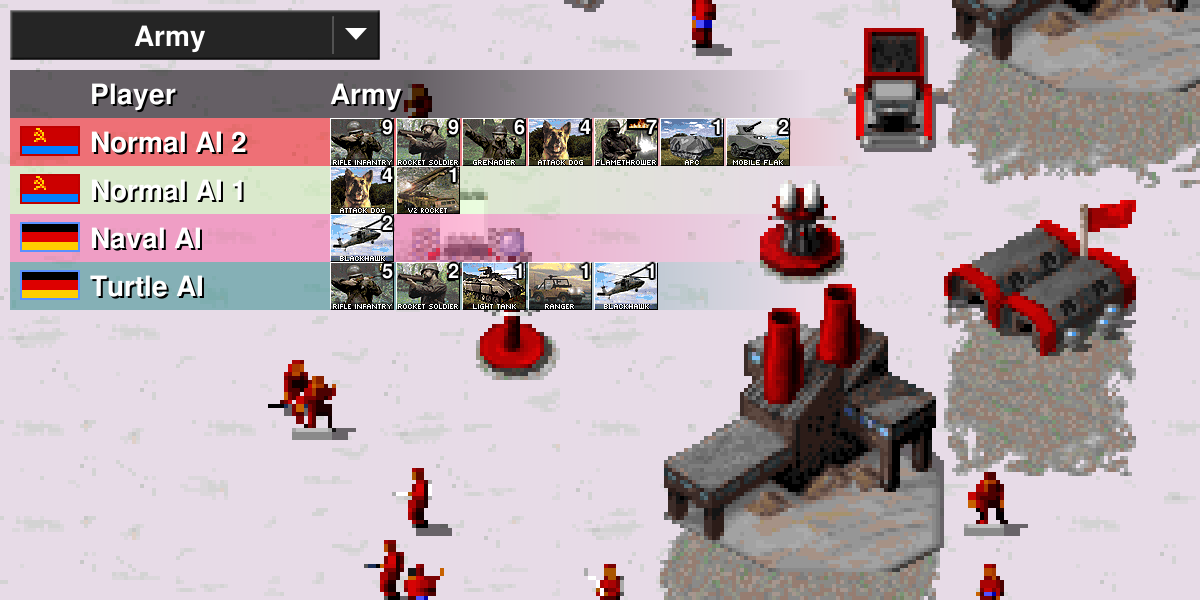 The spectator Army tab provides an overview of each player’s forces.

The playtest also includes a collection of modder-focused changes, and marks further progress towards the work-in-progress Tiberian Sun mod with fixes for low-level rendering bugs and new logic for production exits, EMP vs Aircraft, and the Firestorm Generator.

See the full changelog for a more detailed overview of all the changes, and head on over to our download page to try it out! Please report any other issues you find on our forum, the community Discord server, our GitHub issue tracker, or in the comments below.

We hope you enjoy it!

great stuff! :) reminds me a bit of the AoE2:DE layout updates