Yesterday we hopped into a few games with the fans and the gamers around our communities. We owned some - we got owned by some. Read more inside and check out the pretty pictures. 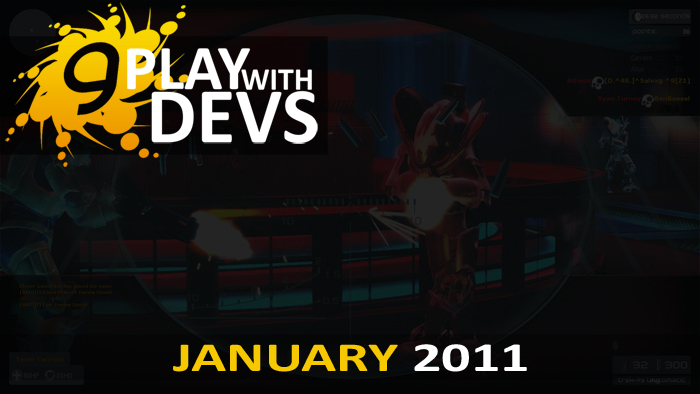 Yesterday we came back with the much-missed 'Play With Devs' game matches between us, Spiral Game Studios, and you - the fans and gamers of the world. We played quite a few rounds of our early modding endeavor, the ORION: Source Multiplayer Beta (www.orion-project.net).

We had a great turn up and a great reaction towards it from the attendees - which you can check out in the Spiral Community over here:
Spiralforums.com

MEDIA FROM THE EVENT:

WHAT IS THE 'ORION: SOURCE BETA'?

The 'ORION: Source Multiplayer Beta' is a free*-to-play add-on to Valve Software's Source Engine. It was an extremely early endeavor of ours in order to lay out a foundation for a new game series, release an early product, for free, to the public, and obtain feedback and apply changes to better cement the mechanics in the game. It also demonstrated an early look at to our post-product support. With the Source Beta we added over 300 game fixes and tons of new maps. This was only the beginning and we are going to be going all out in this regard.

All of the information gathered here was to be used (and is being used) for future titles - which you now know as ORION: Prelude.

You can read more about the 'ORION: Source Multiplayer Beta' at:
Orion-project.net

We will be coming back with 'Play With Devs' next month. So make sure to grab the install files and great ready. Also make sure to go sign up over at [ Orionprelude.com ] to register for the ORION: Prelude Multiplayer Beta!

Awwwww, I missed out, damn timezone.

I didn't even know this was happening :(

Nice to see you guys aren't forgetting your modding routes though.

Why are there two identical news posts? I can only assume it was posted in both moddb and indiedb. Might want to remove one? Congrats on the Devs vs Players :)

It relates to both the company ('Play With Devs' event) as well as our older product - 'ORION: Source Multiplayer Beta'. Also, slightly on top of that we are still in somewhat of a merger here and bringing over ModDB users to this new and updated profile.

I understand that, but by posting on IndieDB it posts on both. You don't have to post news in both IndieDB and ModDB which is why you had identical posts on front page. Someone took notice and removed one, which is why I apologized for the now confusing comment and asked it to be removed :) ModDB post's IndieDB posts on both because they're also trying to merge the two somewhat as IndieDB needs more attention and I only say this because developing "Zombie Panic: Source"'s spiritual successor "Contagion" I also learned this by making the same mistake :) Hope that helps.

Ah I understand what you mean now.

Did not know that - thank you.