This is the list of Colonial Units I plan to have in the mod. Note: only models for the classic Galactica, Vipers, Basestar, and Raiders have a version that works in the game. All the other ones listed will have to have models created for them. 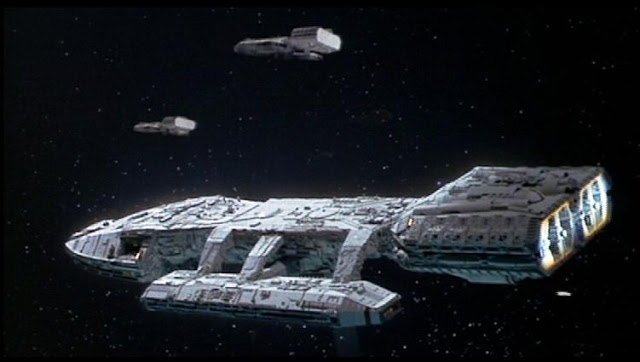 Here's a list of Colonial units that I plan to have in the mod by its final release version:

and a few others I forget which ones they are.

and of course the Rag Tag Fleet!

Next article will be on the list of Cylon Space Units, this unfortunately is going to be a bit harder to compile based on the lack of suitable designs that are out there.

I think there was also an Azure Viper in the Hatch continuation. It's unknown what it looked like exactly. Maybe it can be a Thicc Viper like the Mk III from Blood and Chrome but conforming to the aesthetics of the Original Series continuity.