Hi there, I just finished the planning of the first playable version of Alien Wave (version 0.5). Here I wrote you what you will found in when it's released...

Hi there, I just finished the planning of the first playable version of Alien Wave (version 0.5). Here I wrote you what you will found in when it's released :

New Musics / Props Models / Textures / Weapon and Player Sounds
Here I give you few screens of the first chapter (called Krona Desert). REMEMBER, IT'S A WIP (Work In Progress), many buildings need more work on them, few places are too dark, the overall map need more details and decals. All this will be fixed in the final version. 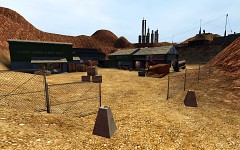 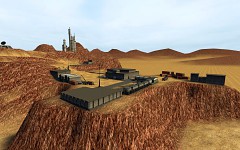 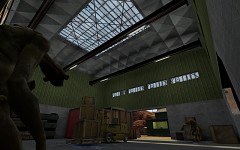 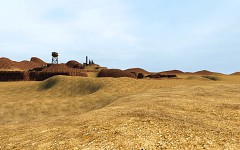 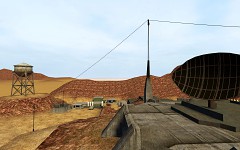 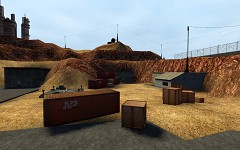 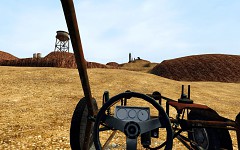 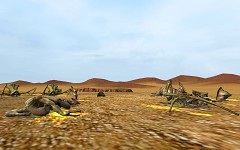 I guess those new weapons will be fun in arcade missions where you will got thousands of aliens running and crying to you! Otherwise, about posts seeking, I really need a modeller (I can survive without for the version 0.5, you'll just have to play against fast zombie in the arcade mission, but it will become more complicated for the version 0.6...). So, if you got a modelling skill and you are tracking Alien Wave, you can be really help full for ! Just contact me via bioko.xo[at]gmail.com

Have a nice day
Bioko

Nice mapping, I like how open it is. You got my track.

Looks pretty nice, I've reconsidered, I think I will track this after all, keep up the good work...

Mapping is pretty good but there is props sticking up (6th Pick *Container) and also seems to abit bare possibly could add some vegation such as Catius and Tumble weeds or something.

i dont see any aliens