During the past few weeks, I've added another step in what's expected in making an mod for Unreal Gold. It's not adding amazing levels, weapons and gameplay. It's getting to understand the animation process being placed for models if animated. I've shown this before but it was mostly for show. It was back to the drawing board in getting the idea of making animation for objects and actors ingame and I didn't want to make it look like that I don't like animation on 3D models and get it over with. 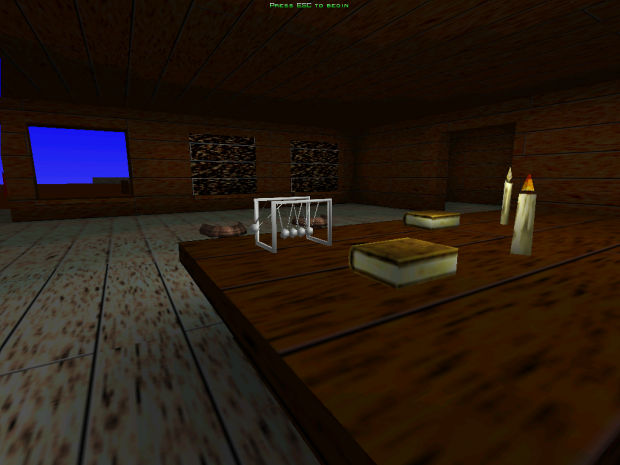 All the weapons and new character models will have animations on them anyways but I didn't go to animation school or anything, so I decided to create some models and add some animations on them, to get a good idea to get an good idea to make some of the models that I want to make, to get an idea with how adding content for mods works. I'm usually used to painting and drawing on 2D or 3D objects, but not animations, so it was worth getting comfortable with learning to use the animations and putting them into Unreal Engine 1. 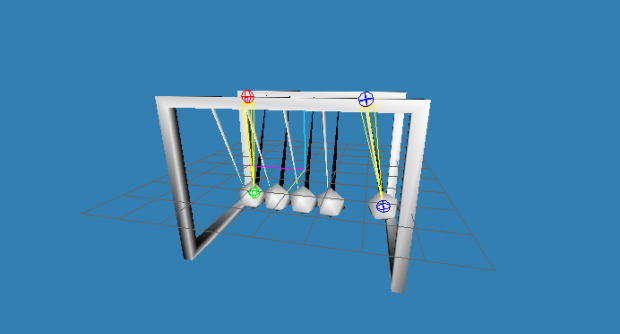 First I created the Newton's Cradle in Blender and imported it into Milkshape. I added some jointed and did the animations on that model. I did that for all the models, so they look like they're moving and what they would look like in game. I learnt alot from this progress, so I will be comfortable making the rest of the models from weapons or characters. Making this mesh was fun and interesting to look at, however it's a very high polygon count model compared to what's in the mod for a decoration, so it's really tough to recommend doing. So I'm going to place that in a rare sight in the future. 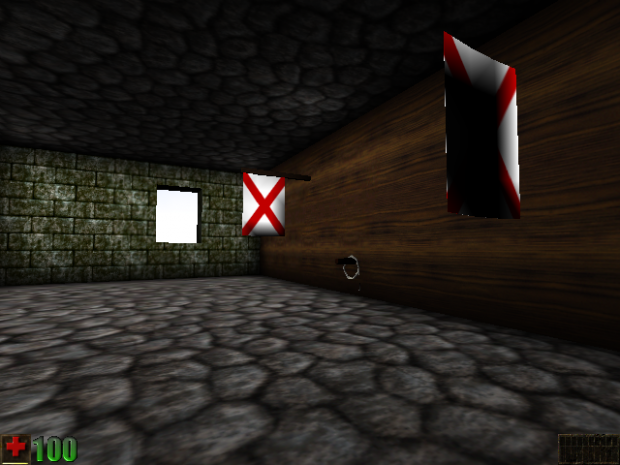 Then I created a flag. Yes, it's another flag model. The Unreal model already there in game isn't what I'm looking for. Finally, I just wanted one more model but it was really tough thinking of something good and interesting enough to model for me to do animations but with my mod being set in the wild west, there was nothing else to actually model. So I had to resort to making a rope's end being blown by wind.

I have to add that these decorations models will be placed in the mod, to set the mood in some areas, so hopefully it's not hard work gone to waste. Also, it's going to be worth seeing if I can find more objects to be made and place them in this mod. It would be interesting what comes out from the idea of animating decorations of this mod for players to walk across during gameplay. The England flag wouldn't be in the mod, that was just used for the test, so that would be replaced hopefully.

Here's a video of the animations and models in action and what they look like in a scene in Unreal Gold. You'll notice the blue dots are joints in Milkshape, so it's no problem. The best news is that if I ever mess up the animations, I can always remove the joints and start again and not the mesh model.

Coding is another subject. Diving into the Unreal Gold code, I had to get an idea with how I had to get the animations running. It's no good making models and characters and ripping out code and replacing my model animations with theirs. So I've taken a look for the code and thankfully I found it and gasped how animations work for the Unreal Engine 1.

Here's the code for the body of code after importing the models. I had to use the 'LoopAnim' tag and not 'PlayAnim', because 'PlayAnim' will only play the animation but it wouldn't loop it to give the effect I wanted. The 'LoopAnim' (a tag I dug up from the original code), was more ideal with what I wanted. It was nice to know this because the character models have a mix of 'LoopAnim' and 'PlayAnim' tags depending on what those characters and bots do in the game. Yep, this is animation code for Unreal Gold. No different to later engines? I should find out soon.

... and here's the additional code to turn on the animations along with the mesh code, because if I don't turn off the 'bStatic' command, the models will freeze.

It was worth it. Now I'm alot more comfortable making the animations for characters and putting them in the Unreal Mod, so hopefully that will be added to the production of the rest of the mod. I know I'll have problems putting animations on models and characters, so that's why I've taken the time to put the animations on the things I love and see them work, in this case, decoration models.

Thankfully stuff like this takes usually a week or if someone gets in the way, two weeks to quickly try out and get a result for me to do a blog post on it. Added that with a few moments of my spare time in the past to quickly research and try to get the parts for them. So it was on my mind. It was the same with getting the music side of the mod sorted. I say this because once I sort stuff out like this, it's off with non-stop production with little or no problems and the final results of my work will be released and I wouldn't be posting any more production news again to show off what's going to be in the mod. I'll be posting release information, when the mod is going to be released and moving onto the next project or just moving on in life.

Finally, I have to rule out, just like any other roles, animation for an Unreal Gold mod is an excellent place to start if anyone wants to start animation on anything for the experience.

Good tutorial, thanks for sharing!