Pirates vs. Mandalorians has exited open beta! Download it today, and prepare for another bonus on the horizon.

Reflecting on the progress of Pirates vs. Mandalorians, I find it hard to believe that I've been working on this project for six years. For much of this time, the mod has been in open beta, advancing further with the support of a great community, to whom I am extremely thankful. Now, after years of work, bug fixing, and updates, I proudly present Pirates vs. Mandalorians 1.0! Download it here while it's hot! 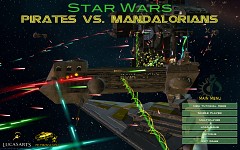 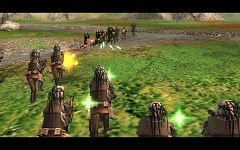 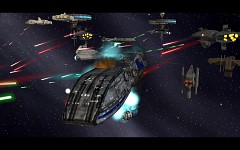 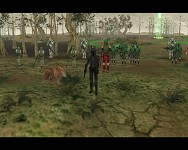 -Experience a vivid alternate galaxy far, far away as the Black Sun Pirates, Galactic Empire, or Mandalorians, fighting on more than ten new planets in new galactic conquests. Use the hit-and-run tactics of the swift Missile Skiffs, the sheer power of the AT-AT, or the fearsome and versatile Mandalorian Warriors; the choice is yours.

-Experience general gameplay enhancements, including fully reworked Mobile Defense Units and capturable Derelict Star Destroyers that allow you to hire mercenaries on the fly in battle.

-Your other primary rivals aren't your only adversaries. Defeat other factions such as the Droid Revolution, Kaminoan Insurrection, and Imperial Warlords in your quest for dominance.

I hope you will enjoy Pirates vs. Mandalorians just as much as we enjoyed making it! 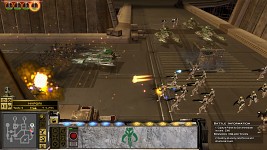 Well, that's all for now! Stay tuned for updates; much more is planned for Pirates vs. Mandalorians.

I really can't wait to see more on IG-88 rising. I already love the 3 factions in the mod so far, but this will make it even better!