Haha, I'm back! This time I have something new for you! But before I say anything about that, just a word on what's going on with the team.

Nota: maybe Page won't release news next Monday. We are reorganizing everything now on the team so no time for the news... 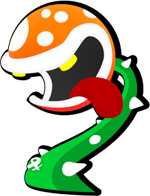 Haha, I'm back! This time I have something new for you! But before I say anything about that, just a word on what's going on with the team.

Recently a new member, Micah, joined the team. He will help by doing some modelling and graphics. Another graphic artist may follow Micah by joining soon. Hopefully that will move ahead the mod a little, I want to play!

And now, I'm going to talk about something that you've never seen. A new map: Luigi Raceway! This map is a race map, easy to run just because there aren't lot of curves here. Two big curves, with a long road and a tunnel, where players usually put items like fake item boxes. Not hard, huh? A great map for beginners. I successfully got some screens of the map, still WIP, it's why it looks like models and textures are low quality. 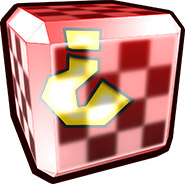 Wait! Do you know what the fake item box is? It's simple: it looks exactly like those real item boxes you use to collect items. You just place the fake one on the road, and if another player who thinks it's a real box takes it, they will just crash. It's very funny to see opponents falling for it, muahaha! Any way to know if an item box is faked? Well, there are a few differences between real item boxes and fake item boxes, like the question mark. But you will see that when playing (I want to see everybody crashing into it, I know I'm evil. *huhu*).

I'll continue with a few words on another character: Luigi! Luigi is Mario's brother (another plumber...), and if Luigi didn't dress himself in green clothes but red ones, we could totally mistake them, even if Luigi is taller than Mario. It's why that on the road, their characteristics aren't so much different.

And for finish, some details on the controller support. I often see people asking if their control pad will work, if the Xbox 360 controller is good.... The team can't tell you if your controller will works just because they don't have it. To know, just try to play any Source game/mod with your controller: if it works, it will also works with Mario Kart Source!
(by the way, the Wiimote works using GlovePIE!)
This is it for today.

Thanks for you attention. ~ Page Piranha ~ The MKS Team (contact us at mariokartsource[at]weaven.fr ) 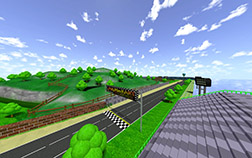 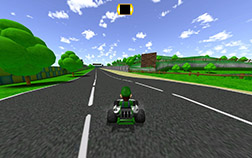 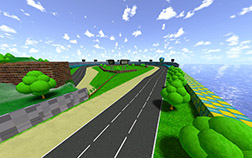 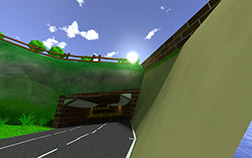 looks great! ive watched this mod for soooOOO long!!!!!! its hard to believe its still alive and doing so well XD makes me happy to know its still going keep up the amazing work!

this doesn't look good... it looks amazing :O
i can't wait to see some action! :D

It works with Wiimote :o
I have to try that.

Interesting, there were some golden moments with the N64.

Looks great! I think it would really help if one of you guys could borrow a 360 controller and add some native support. That would make things a lot smoother and professional.

Looks like this is coming along in an awesome way.

This team needs someone who has english as their first language to do PR. Great mod, poor PR rep.

What do you mean about PR? You mean the news?

People who wrote those news are French (Wind Helleven for the 2 firsts and me for this) so yes, it can have some mistakes. But we have English members who have a look on the texts...

I'm really looking foward to this mod, it looks pretty fun and well done. I'm just wondering how you guys will manage to get through the engine's limitations, considering most of the racing mods have failed due to the lack of options and the huge amount of bugs. I don't know anything about scripting and **** like that though. Anyway, keep up the great work!

It's the hardest thing that we are working on. It's a question of prediction, and OneEyed is working really hard on this.