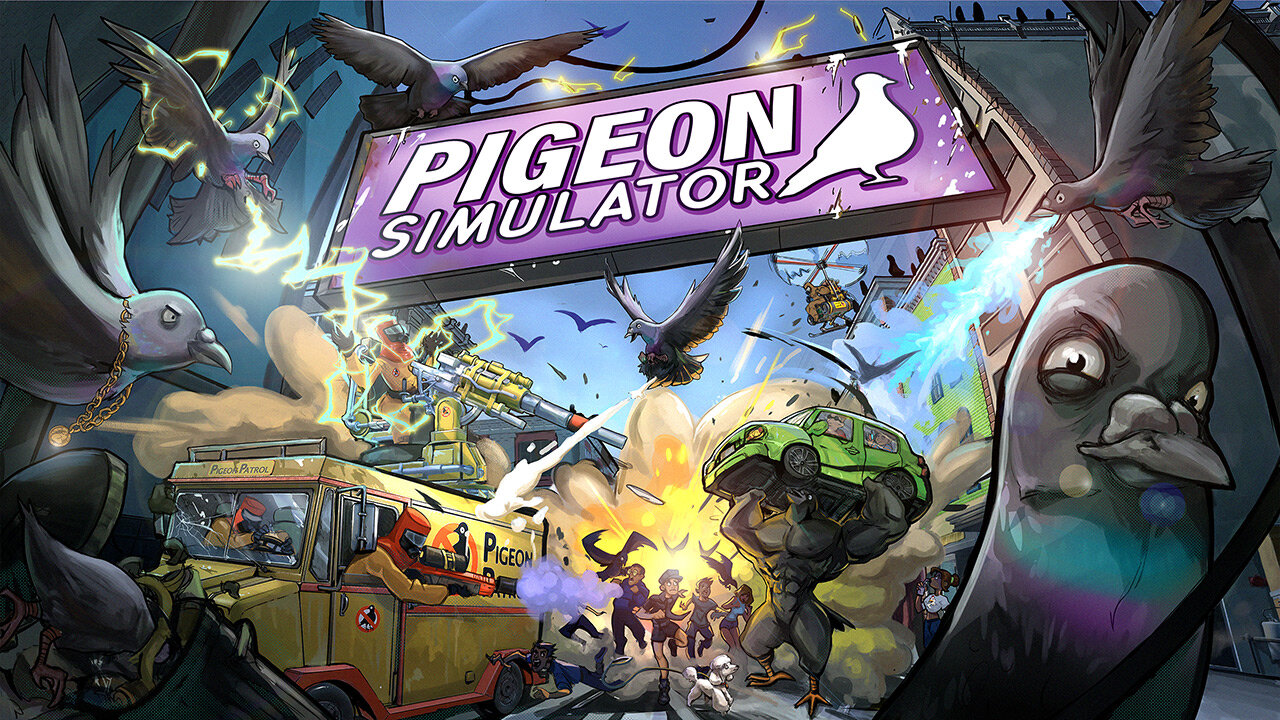 February was full of excitement since we were finally able to tell the world what we’ve been working so hard on. It got even more exciting when everything was so well-received by the gaming community and people started sending us tons of nice comments and encouragements.

We even had a Reddit post go viral and hit the front page! This resulted in us scrambling to build a dedicated subreddit so we could continue to communicate with all the awesome Redditors we met. Join the flock at r/PigeonSimulator. (Learned a valuable lesson here—build your subreddit ahead of time or you can miss out on a lot of subscribers.) 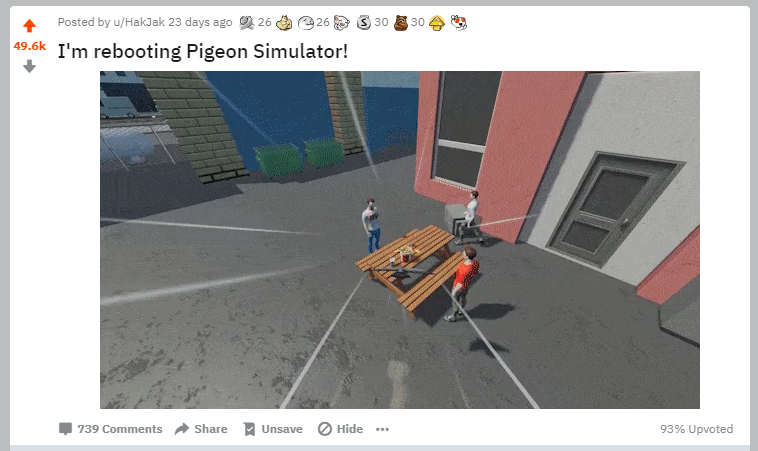 We also rolled out a dedicated Twitter account and Discord server for everyone that likes to get a more constant feed of updates and interactions.

Preparing for ‘The Big Reveal’Getting ready for the announcement was a lot of work! We had to capture a ton of content, build a presskit, update the website, and build out some fun social media goodies to give away. Stuff like this always takes way more time than I’d like, but it’s essential. A lot of indies don’t seem to put enough work into their marketing efforts to really pay off.

Since we’re still in the early stages of production, we had to scramble to assemble a scene where we could showcase some of the stuff we’ve been working on and record some cool video clips. Then I spent a full day assembling all this into a teaser trailer and tediously timing things out to the music.

Here’s the trailer if you haven’t seen it yet. I might be a teeny bit biased, but I think it turned out pretty swell.

We had a minor panic situation just days before the announcement when the music was (incorrectly) flagged for copyright issues. Luckily we were able to clear that up in time.

Got a lot of comments saying they thought this trailer would be great with the Doom soundtrack playing too—I might just have to do a crazy metal re-mix for fun. hehehehhh 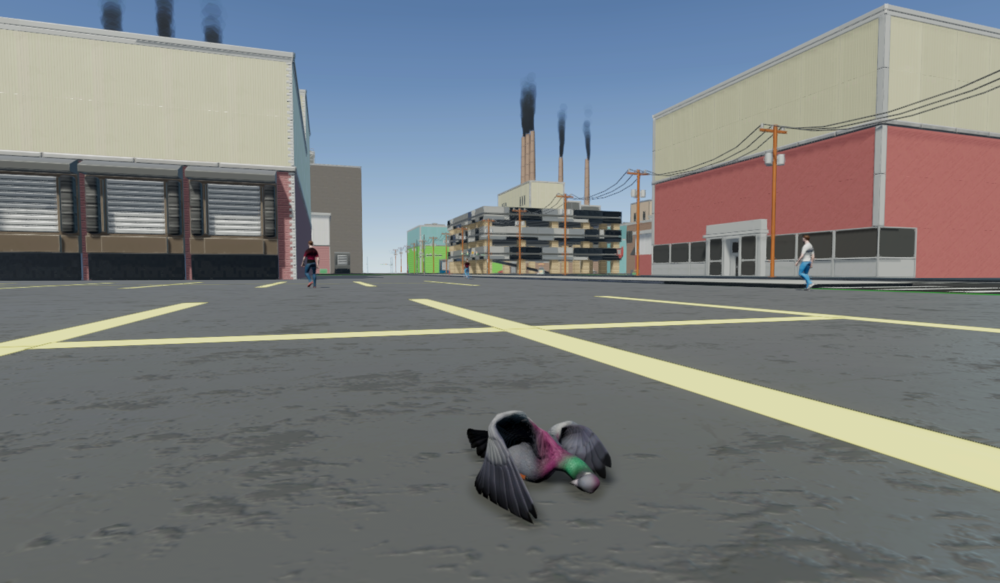 After all the hustle to prep for the public announcement, plus the crazy excitement afterwards, we realized there was quite a bit of “technical debt” to pay up. In other words, a great deal of bugs to fix and code to refactor. We also had a list of optimizations we wanted to make so things could run as fast as possible—no easy feat given the technical complexity of this project.

We spent a significant amount of time on this to ensure we’re building the rest of this game on a solid foundation. Things like procedural building generation and destruction, shadows and rendering are much faster now. Hard, tedious work—but it paid off and we feel really good about performance going forward.

Art assets were heavily optimized this month too… all the way down to our tiny food props! 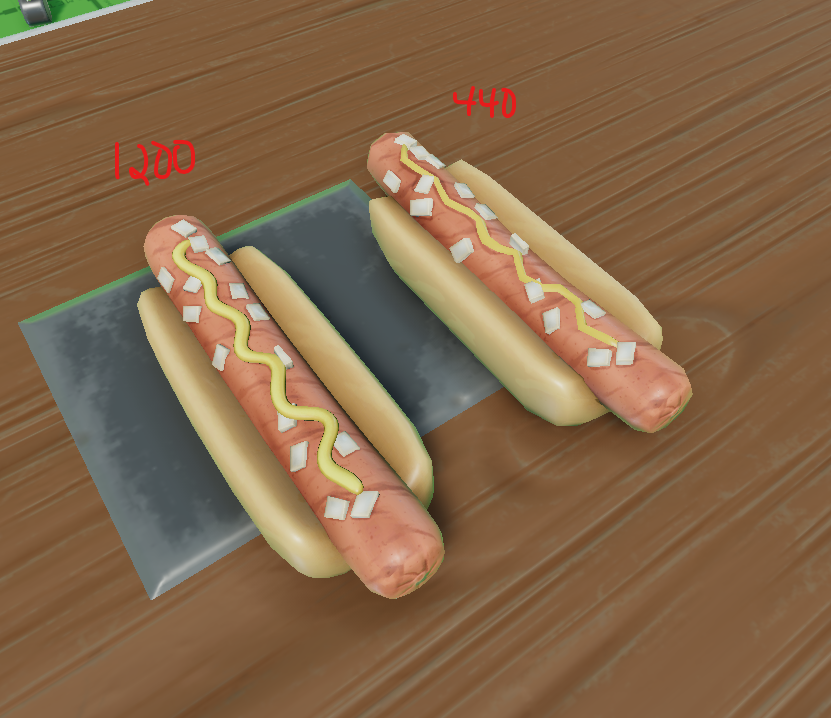 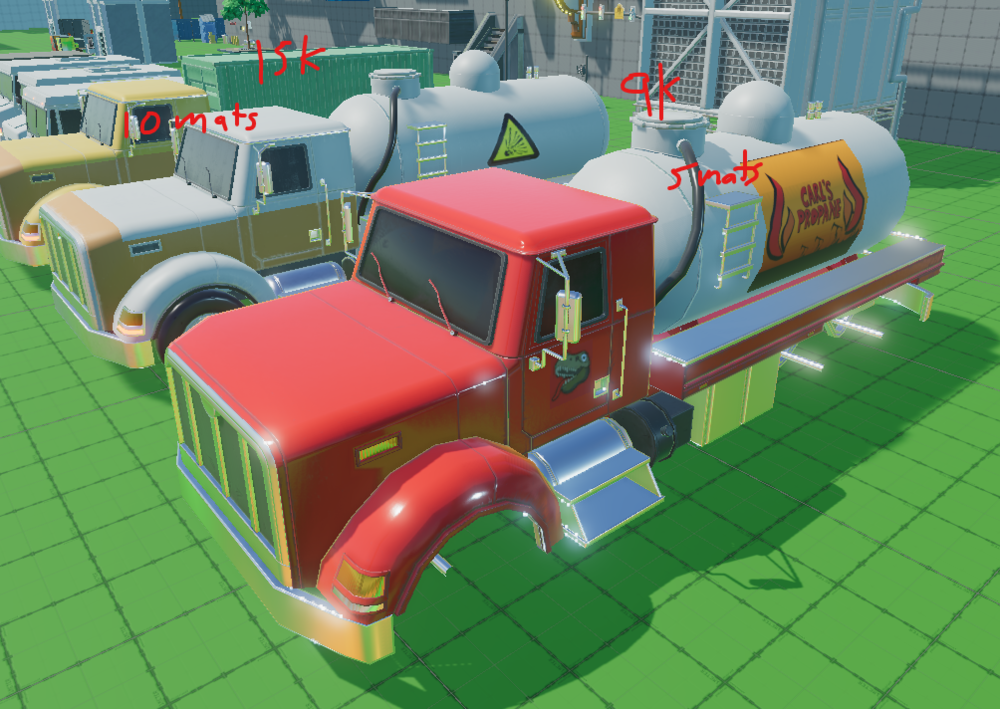 We spent a good amount of time optimizing all of our art props too, and figuring out some solid technical budgets and production processes for these things. We’re trying to make sure we’ve got all that kind of stuff nailed down before we move on to creating new sets of content for other levels/themes.

Look at all these lovely vehicles you’ll be able to poop on!

Not only are the vehicles and props more optimized, they also look better too! Check out the details: chipped paint, smudgy windows… nice! 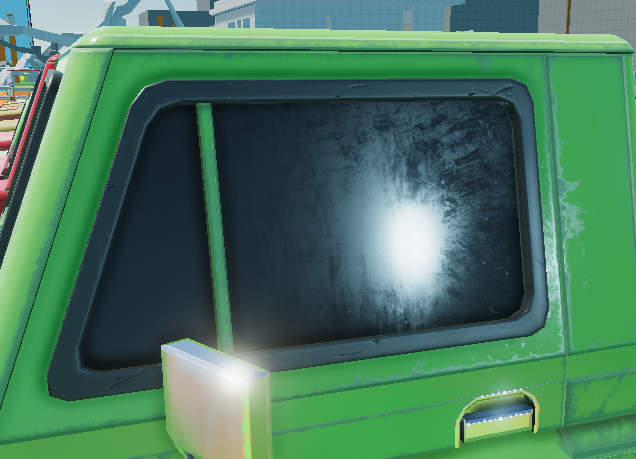 These will come to life even more after we add some environmental reflection stuff. Right now they just look very tinted. 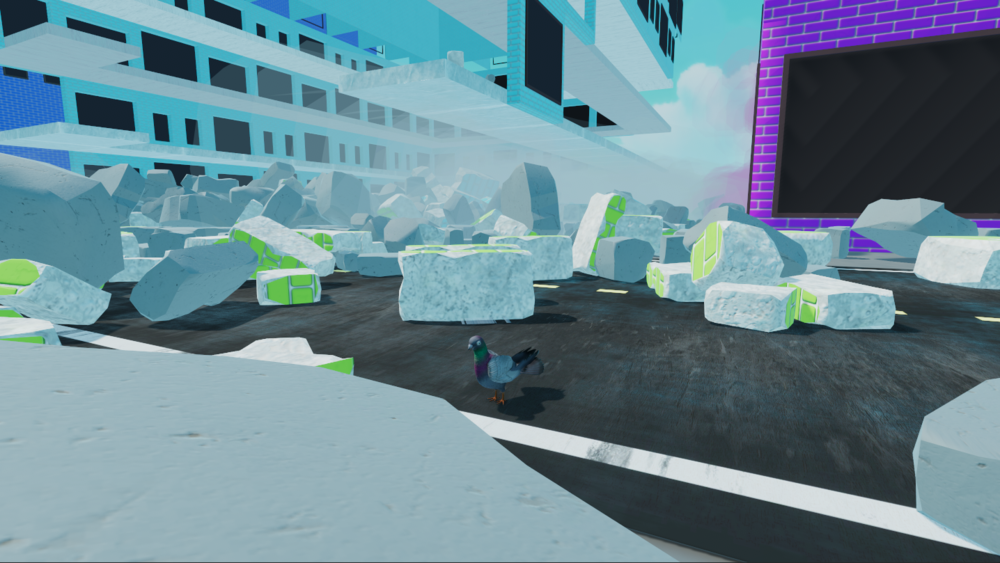 Pigeon Simulator will have a surprisingly advanced, realtime destruction system. This means blowing holes in walls and floors, destroying props and vehicles, or even toppling entire structures! This is an extremely complicated task to pull off well, but we’ve put a lot of work into ensuring it performs well and is very dynamic and detailed. Tons of hard work, but also a lot of fun! 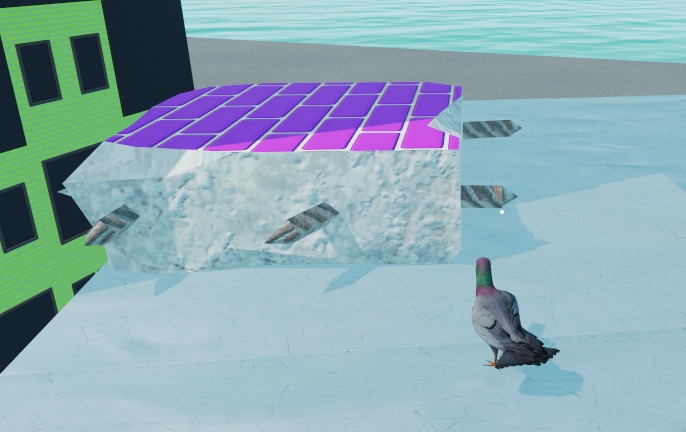 We’ve also begun experimenting with various fragment types, materials, and decorations to ensure all this physics madness looks great and believable. Just teasing some screenshots for now, but as things progress I’ll post some video clips / GIFs of this crazy destruction system in action.
Procedural Windows 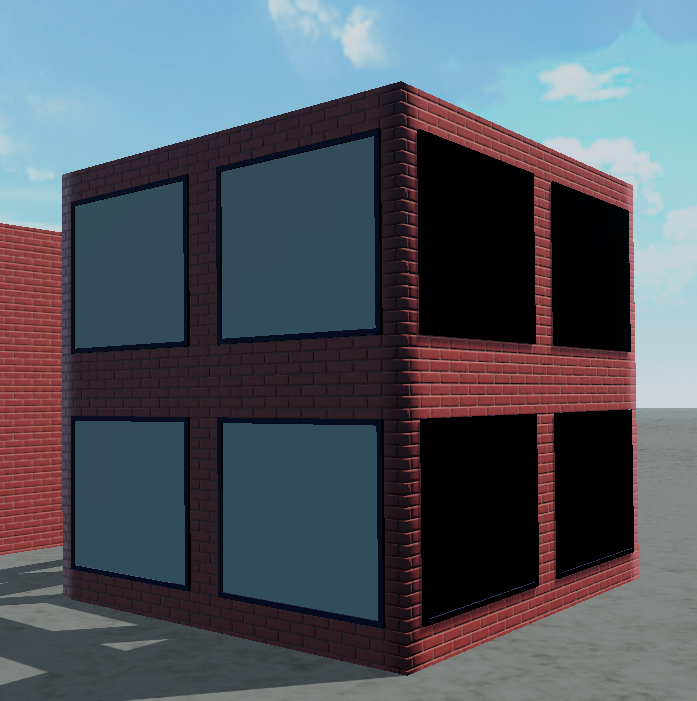 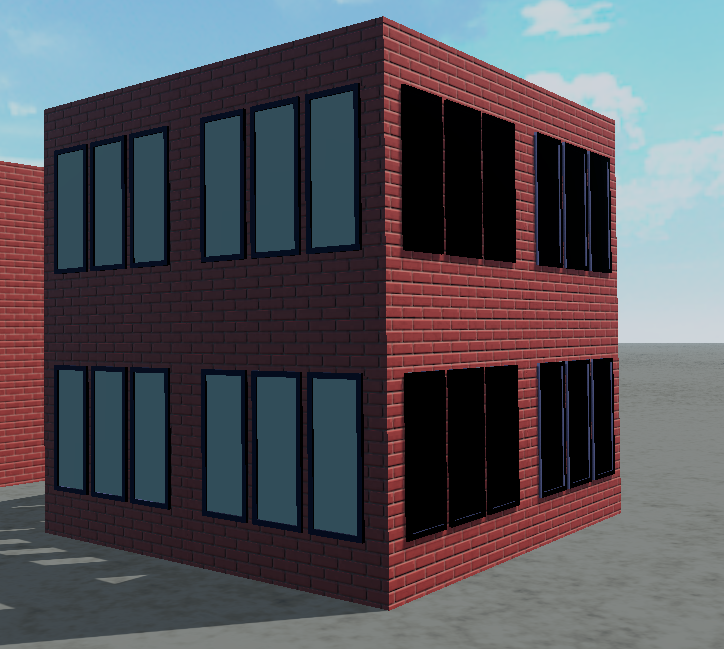 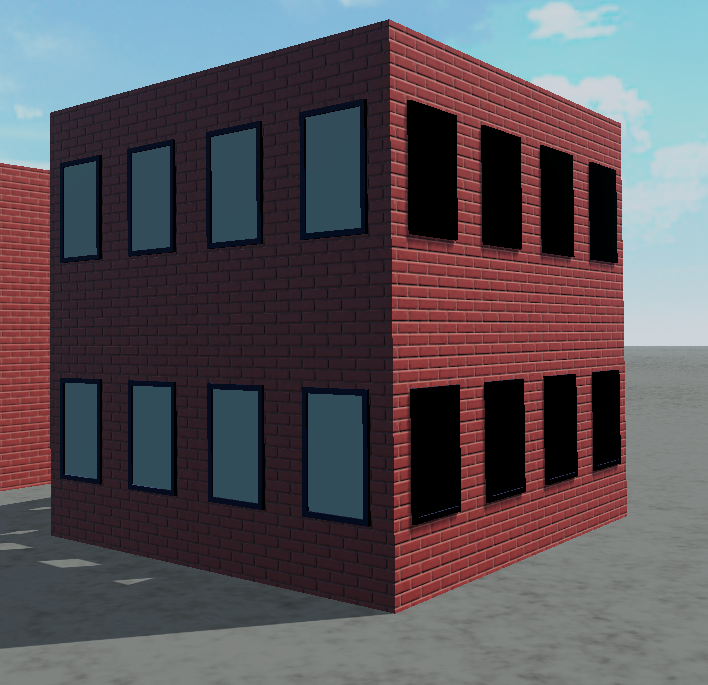 Our procedural building generation system got some more love this month with a variety of window options. Even these are randomly placed to add lots of variety and create building types even we can’t anticipate. 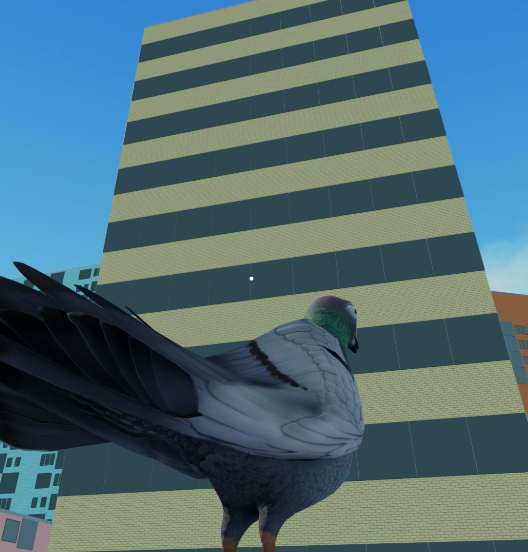 Although sometimes this can result in some really crazy building “designs”. So we added some parameters to keep things within some sort of believable boundaries… might loosen things up and get crazy on some levels though. 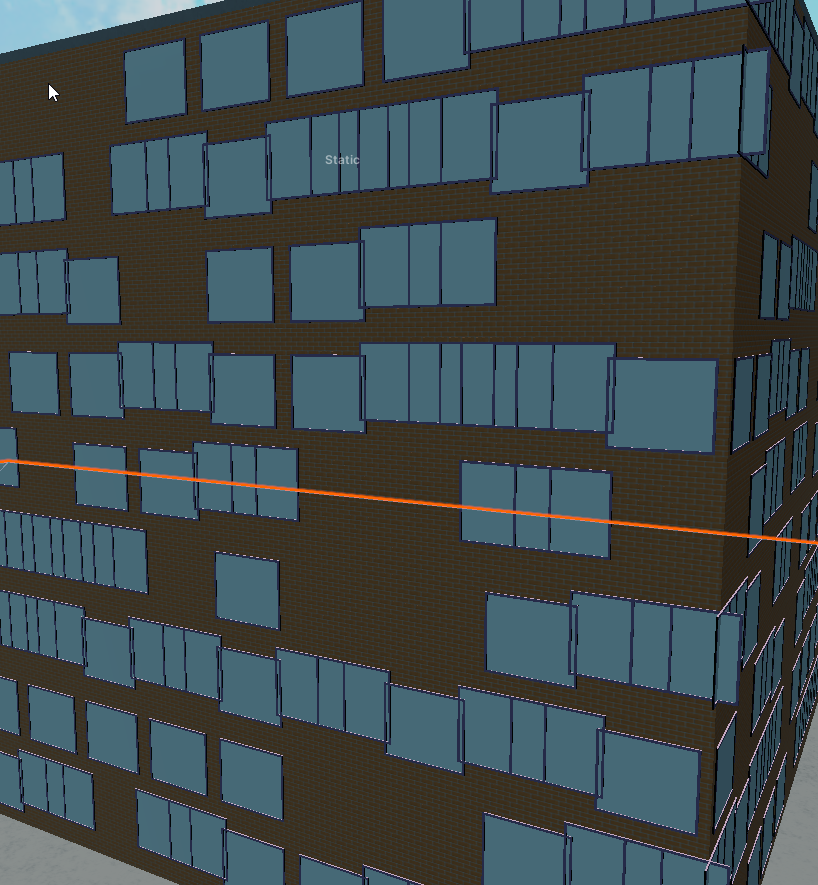 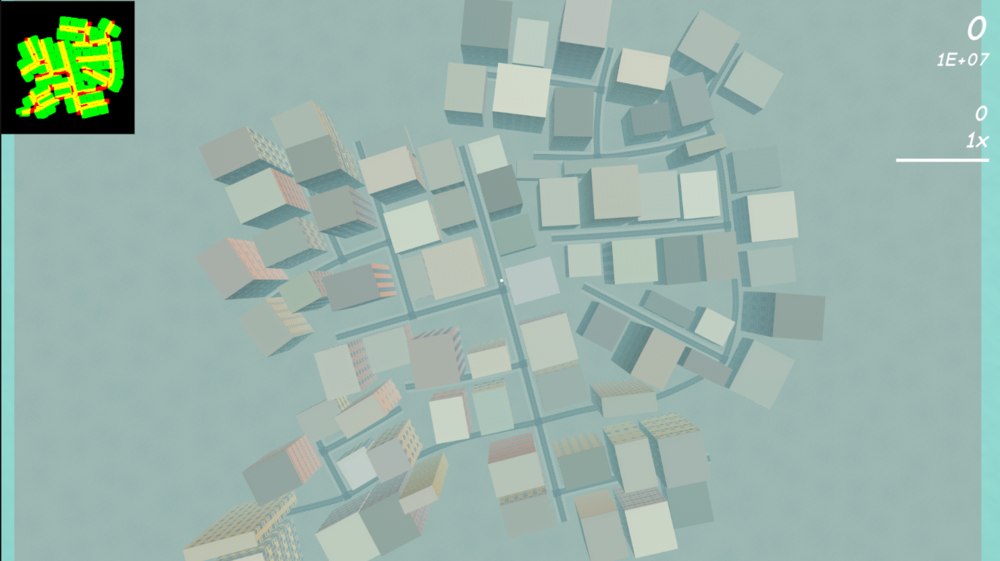 To make our randomly generated cities feel more real and grounded, they need to blend into the terrain textures. To solve this, we’ve started working on a runtime “splat map” solution. Basically this means grabbing snapshots of the city, roads, etc. and then generating texture maps that will match. So roads can have some dirt along the sides, buildings have some concrete foundations around them, etc. Our junior programmer, Dean, has already laid some solid groundwork for this.

Runtime splat maps and terrain generation is hard work, but we’re off to a solid start. 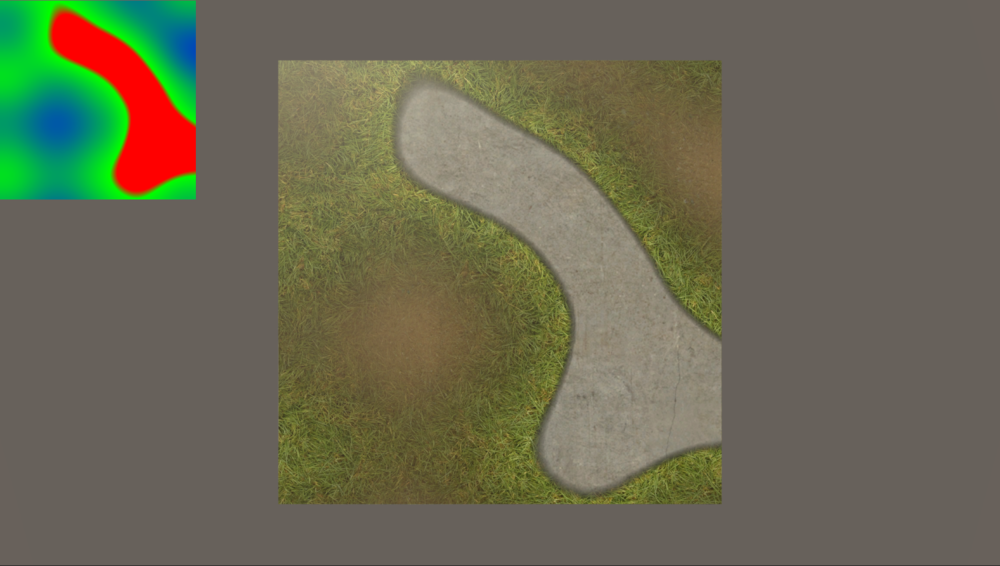 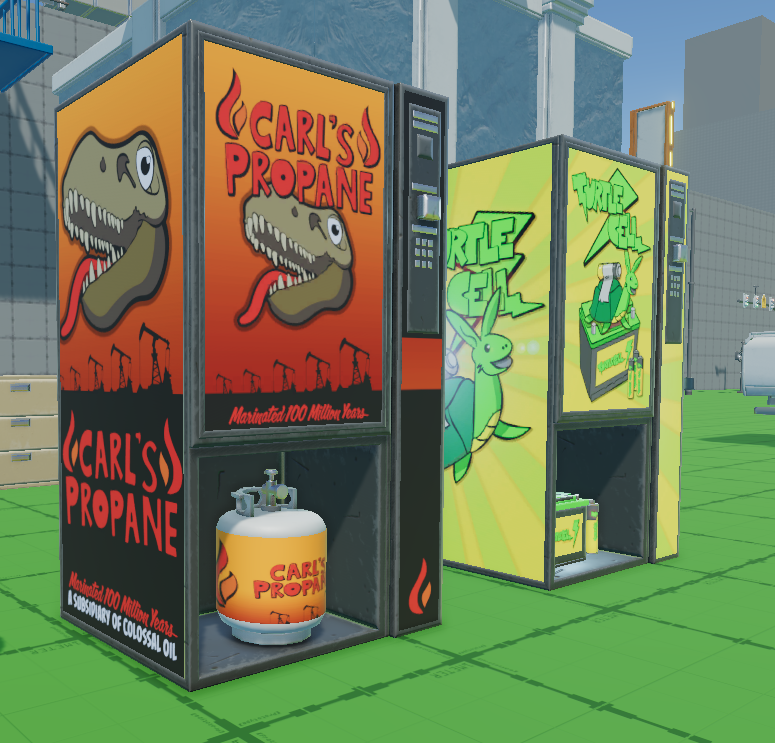 There will be a wide variety of items in Pigeon Simulator that you can use. To make finding some of the more important stuff a little easier, we built some vending machines that match some of our in-game brands.

We finally added some menu screens, which is making everything start to feel more like a ‘game’ now. Building UI stuff can be tedious, so I had a little fun with this at the tend by adding physics. I guess adding easter eggs to main menu screens is my thing now. ¯_(ツ)_/¯ 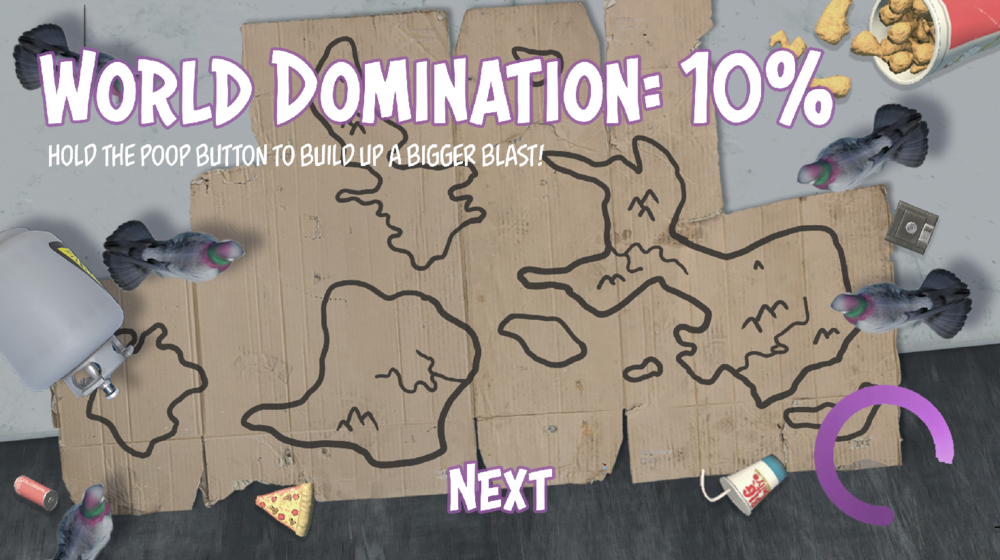 We also added a temp game progress / loading screen. The primary goal of Pigeon Simulator is to “rule the world and create a Pigeon Paradise”, so it made sense to start showing the player some sense of progress on that. We’ve got much bigger plans for this, but I’ll save that for another post….