Added a preloader, a main menu screen, more levels and some visual changes.

Lots of work in the last few months. I've started working on the levels that will go on the final version. I've created 3 so far that work as tutorials mostly. I want to follow the philosophy of old classics like Mario and Megaman that taught you how to play the game with level design rather than with explicit tutorials. I think it's much more rewarding to discover how to beat the game than to be told every step in the process. There are many modern games with lots of explanatory text and almost zero "Eureka!" moments. So the only non-negotiable aspect of the game will be this focus on discovery and exploration. Everything else will probably morph according to player feedback.

On the technical side of things there is now a preloader so you don't have to watch a black screen until the game finished loading and a main menu screen with its own music theme. 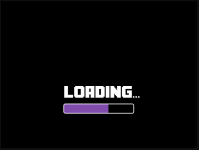 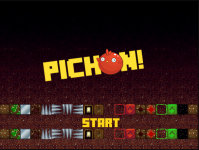 I also want to thank Cob Cris for creating the first playthrough which you can watch here:

Moving forward I will be adding more levels and making a big refactoring of all the game code which will make it easier to maintain and improve. I've also started work on the mobile version now that I have a decent smartphone to test in. Here's a sneak peek:

New Features:
- Added the first 3 tutorial levels.
- Implemented preloader and menu screen.
- Added a death counter. It tell you your cumulative deaths at the end of each level
- When you pick the last gem the camera will show you the location of the exit door.
- Added simple squash effect when Pichón bounces(final version will be fully animated).
- Pichón is moved to the respawn point and it flickers for a while after respawn. No more instant teleportation which was a bit confusing for some people.

Next Steps:
- Big Refactoring
- More levels
- Responsive design of all UI elements so everything works fine on web and mobile.