Now I am working on the phone call feature. You can get a phone call in the game, and make some choices on what to reply.

After days of development, the QTE system was done.

In the game, you may get a phone call. While you are talking on the phone, you can make some choices on what to say. The choice system was done few weeks ago, but it could not be connected to the phone call feature right now. Now I've only finished the pixel art of the smart phone, some fading animations and a few texts. 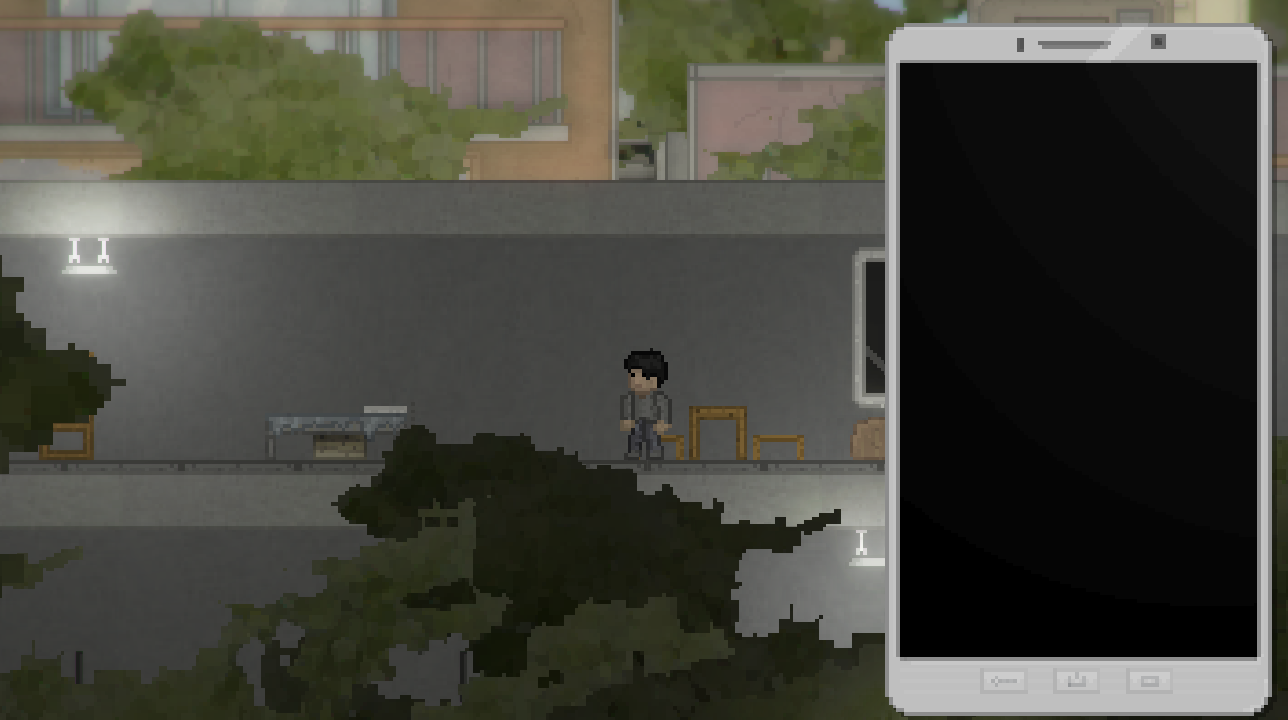 This smart phone will only be shown when you get a call. 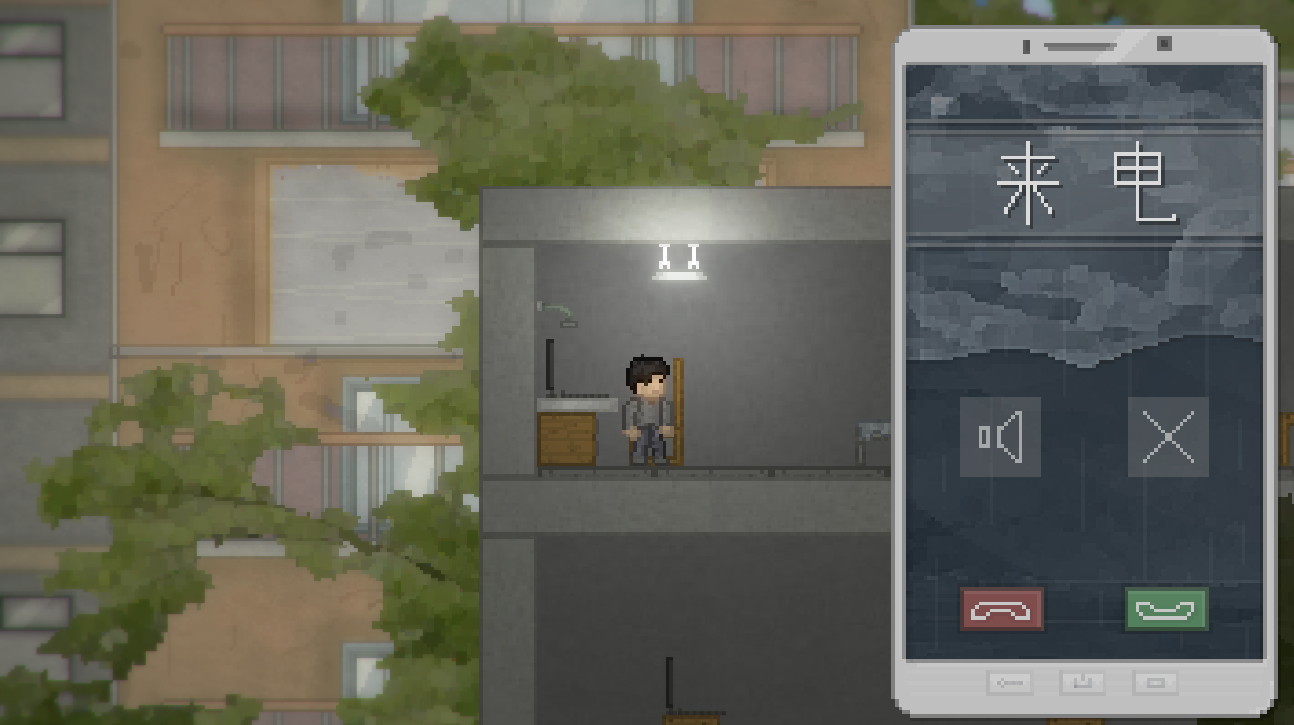 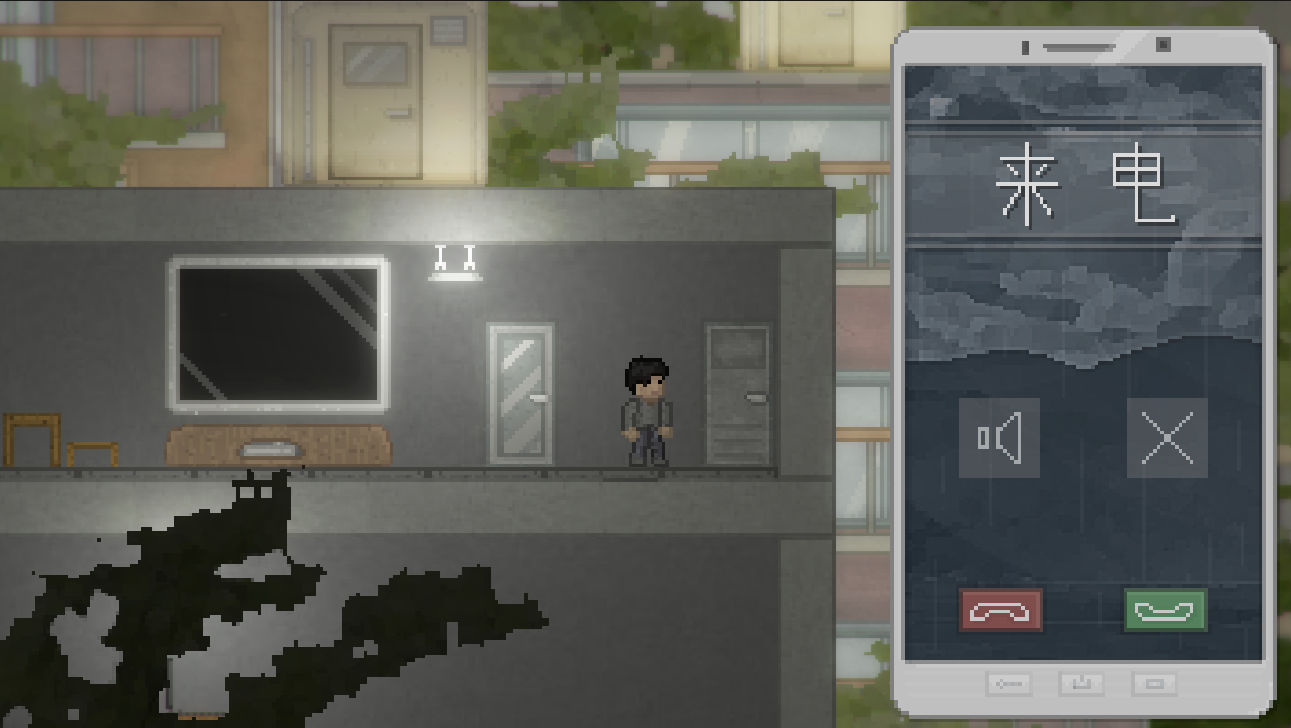 When you are answering, the image on it will change. There will be a dialogue box next to it, and you can view the texts by pressing the E button. It looks like this: 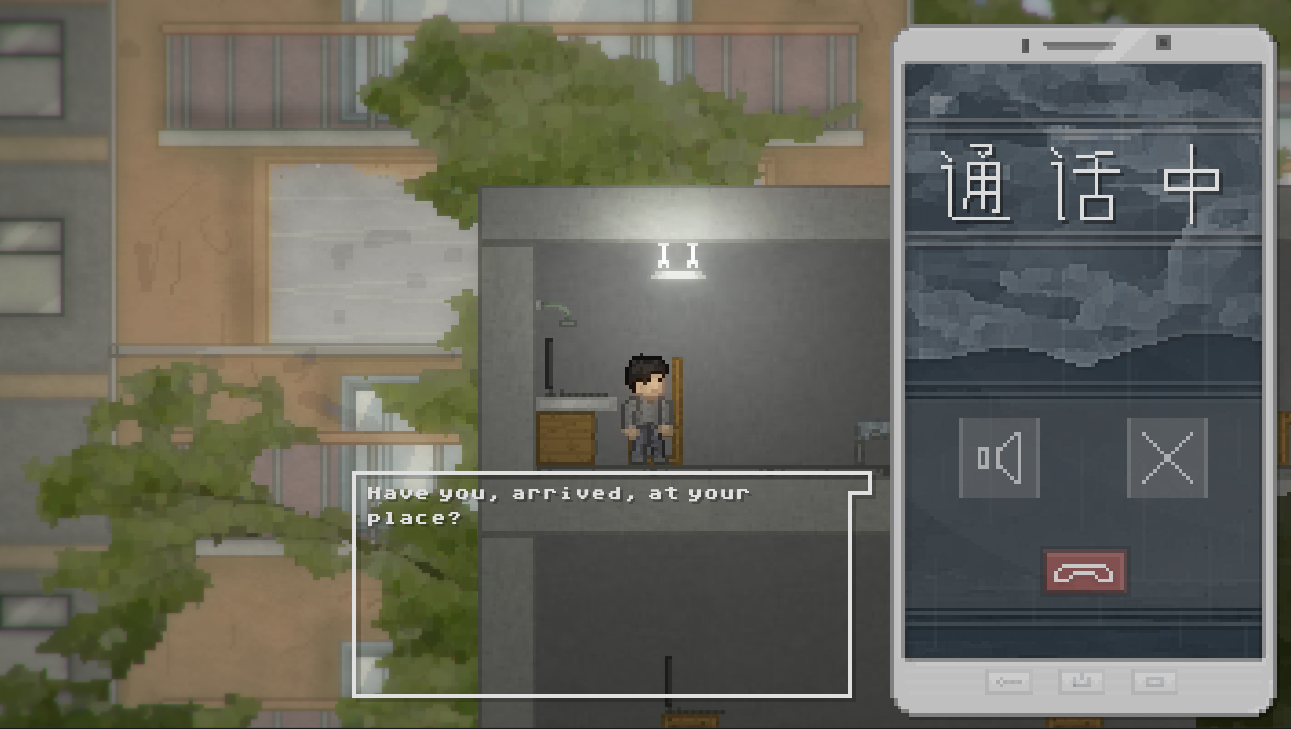 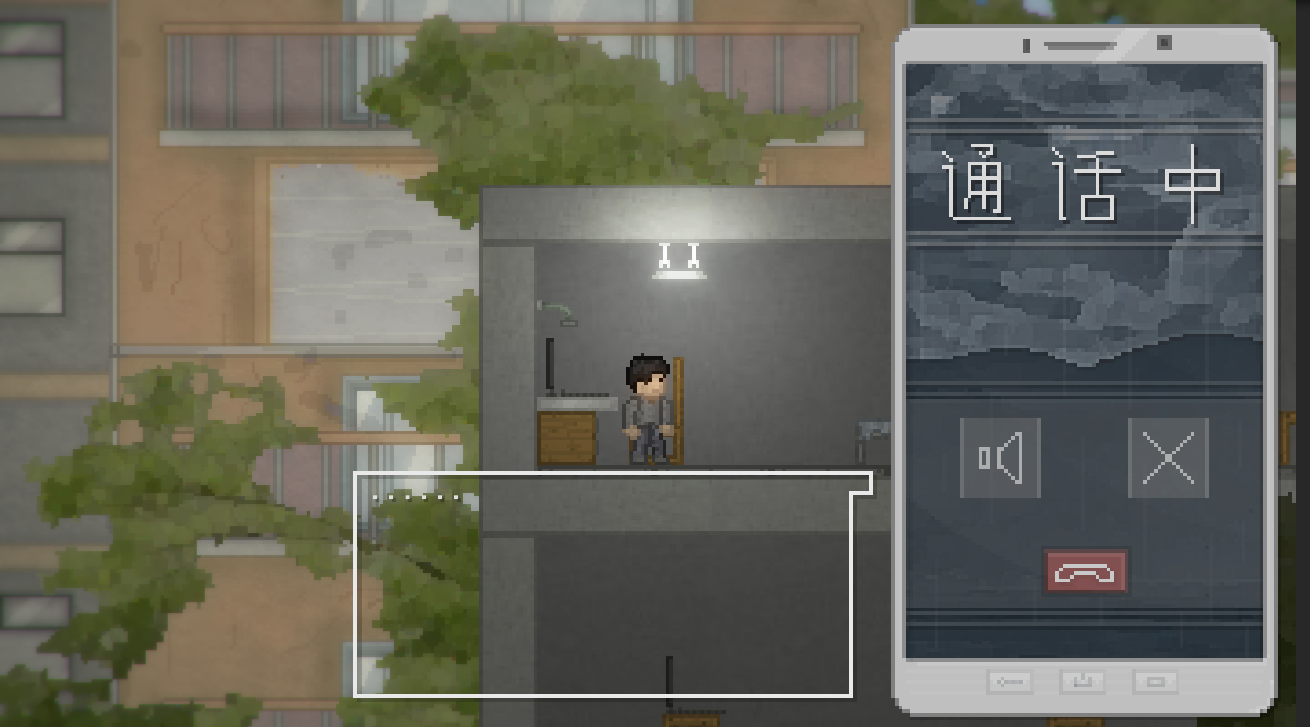 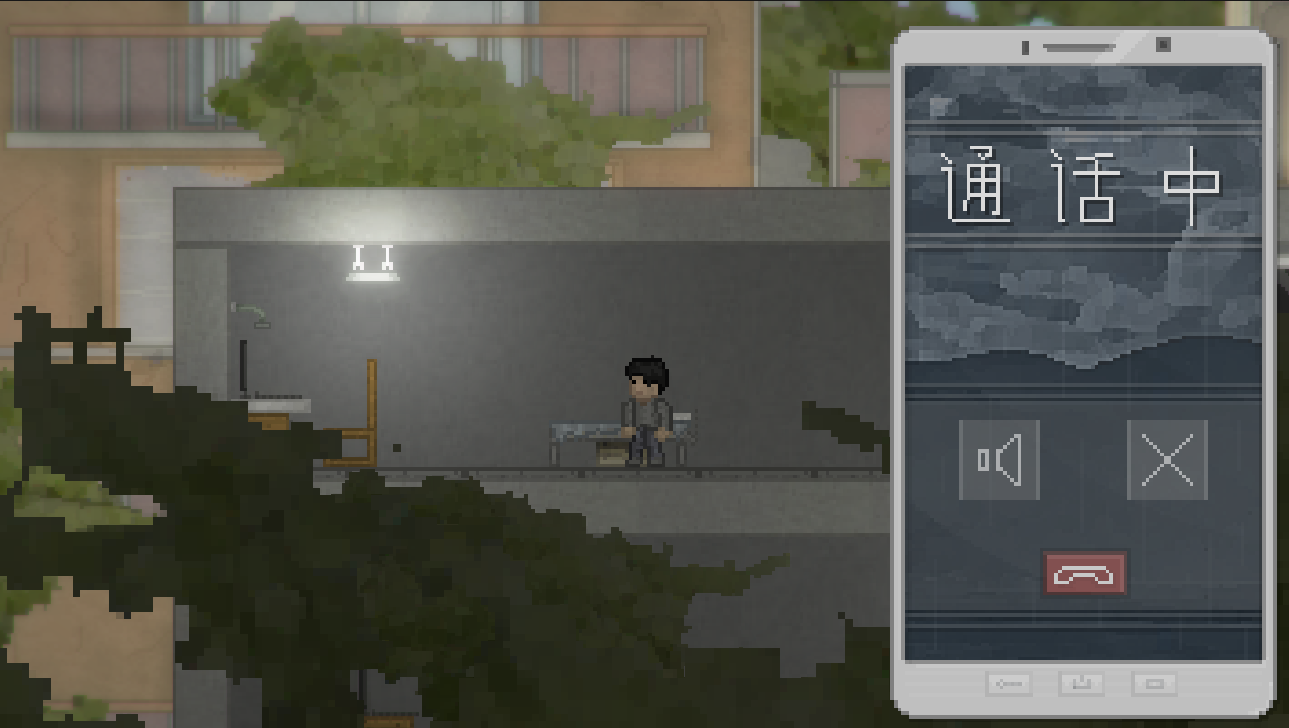 In the game, you will be able to make some choices on what to say. This feature are not done yet, and I haven't started developing it yet, so it can not be shown right now. Anyway, the development of some other features goes well, and the choice-on-phone feature will certainly be done soon.