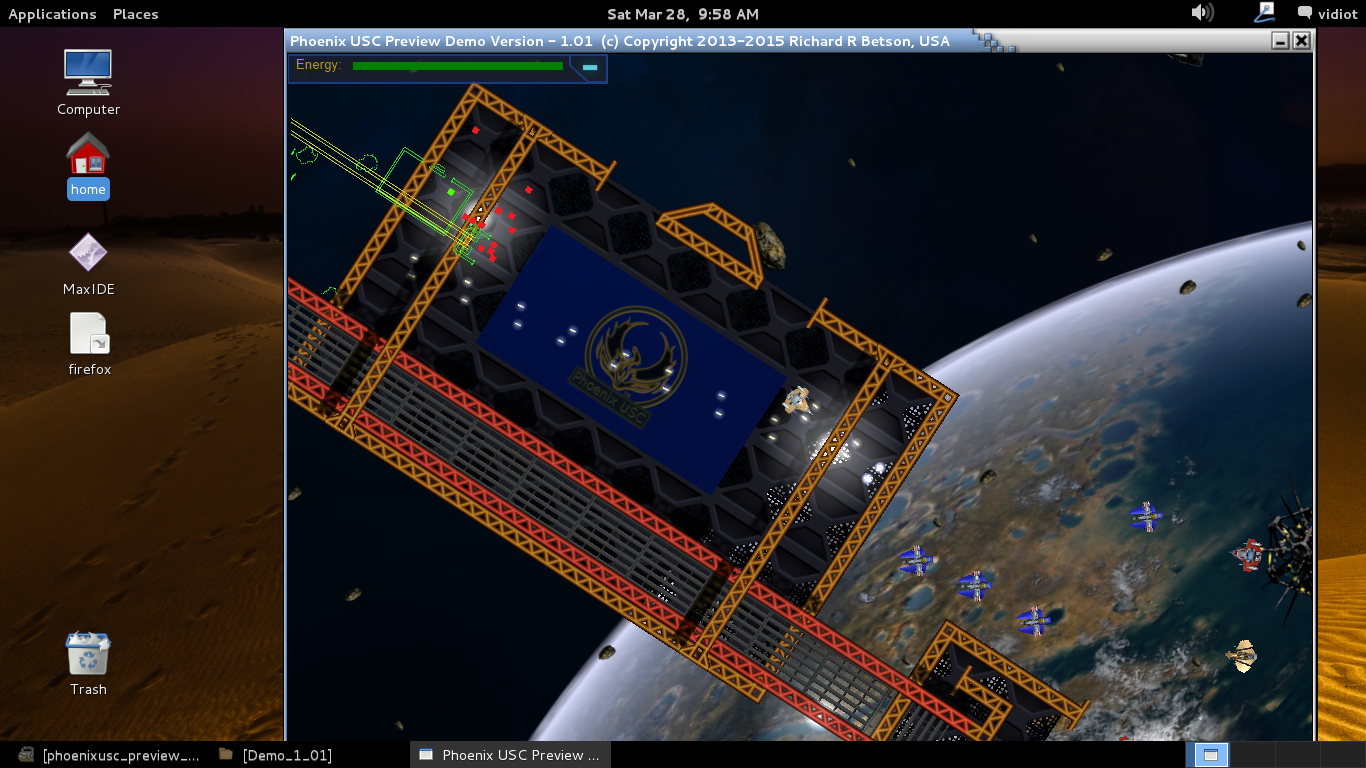 To get started playing the Phoenix USC preview demo you will need to download the demo and un-Gzip the demo file into a directory/folder. From there you will be able to run the Phoenix USC demo by running the program file PhoenixUSC. Follow the directions and setup your default resolution, save and run the demo.

This demo will run on Linux 32bit and 64bit if i386 libraries are installed (Phoenix USC is a 32bit program). Pulse audio is supported. An OpenGL 3D supported video card and driver are required with 256mb of memory recommended, 768mb of system ram, dual core CPU and 60Mb of hard disk space is also recommended. The controller is your keyboard and mouse as well.

This demo has been tested on several Linux configurations including Debian 7 and Ubuntu (12.xx - 14.xx). If you are currently able to run a Linux 32bit game program using 3D hardware and Pulse audio then Phoenix USC should run on your system.

If you have any issues I recommend using the Phoenix USC support forum or you can comment here.

Thanks for supporting Phoenix USC.
- Rich -