In v0.9.0, Pheonix's evidence gimmick is fairly bland. It does little to create an interesting fighting style, and fails to capture the essence of the character. The rest of his moveset followed suit, creating a boring and unviable character...

Posted by SSB_Crusade_Official on Oct 4th, 2016

In v0.9.0, Pheonix's evidence gimmick is fairly bland. It does little to create an interesting fighting style, and fails to capture the essence of the character. The rest of his moveset followed suit, creating a boring and unviable character.

In v0.9.1, Pheonix Wright is better than ever! With a brand new evidence system and redesigned playstyle, he feels fresh and ready for trial! 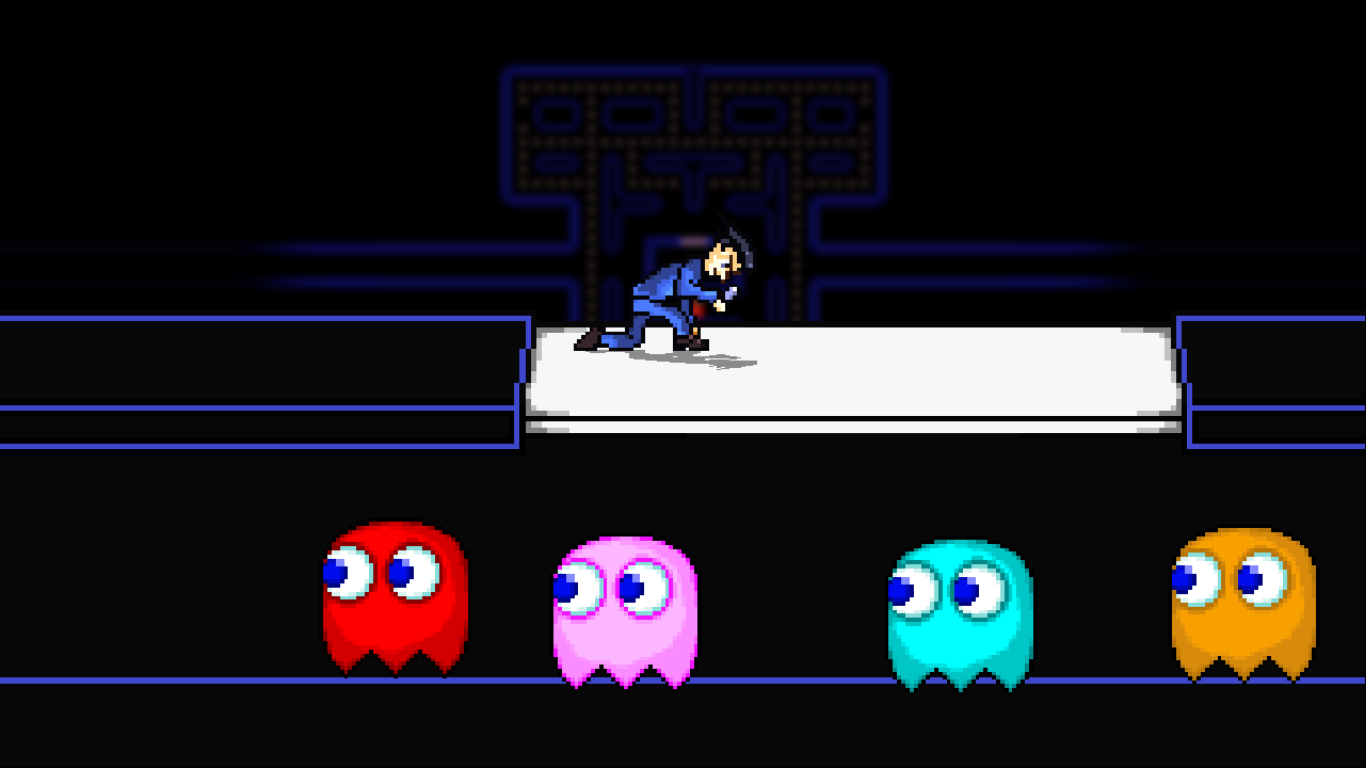 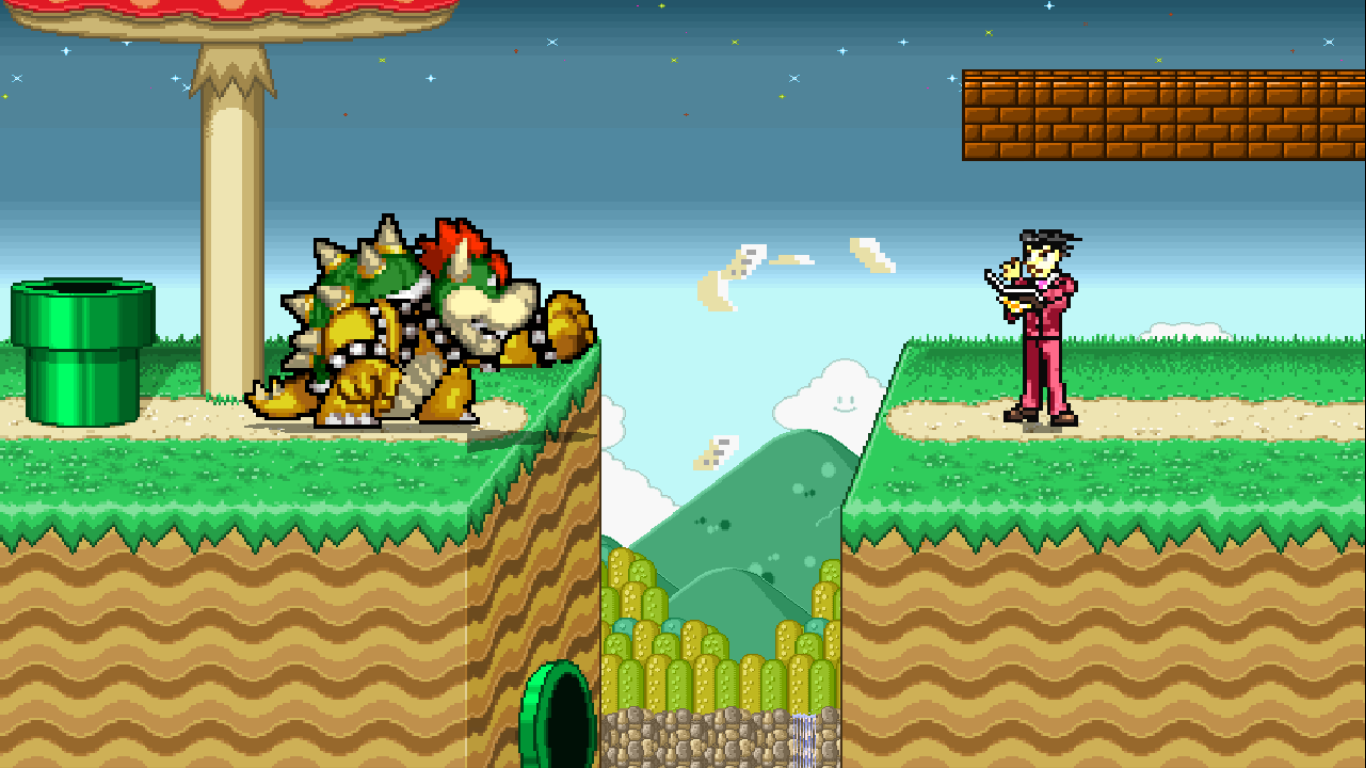 Pheonix can gain evidence in a variety of ways. First, his crouch. By crouching to look at his surroundings, Pheonix can occasionally gain evidence! There is a passive timer constantly counting down, and once it is at 0 there is an available evidence to find by crouching. Finding this evidence resets the timer. Check the stage often to build your evidence!

He can also gain evidence randomly through his Neutral Air (read paper), Jab (search books), Up Tilt (think) and down tilt (examine)! Use these often to keep your evidence high!

Pheonix's down special has been updated as well! Like before, it can capture opponents' projectiles for evidence gain, then release those projectiles later by using the attack again. However, when he has no projectile in storage and at least 1 available evidence, Pheonix will drop a piece out of the briefcase! This acts as an interact-able item on the stage, and costs 1 evidence. Pheonix can only have one evidence item on stage at a time, so use it well! There are many different kinds of evidence he can spawn, each with their own unique physics and special effects to keep your opponents on their toes! 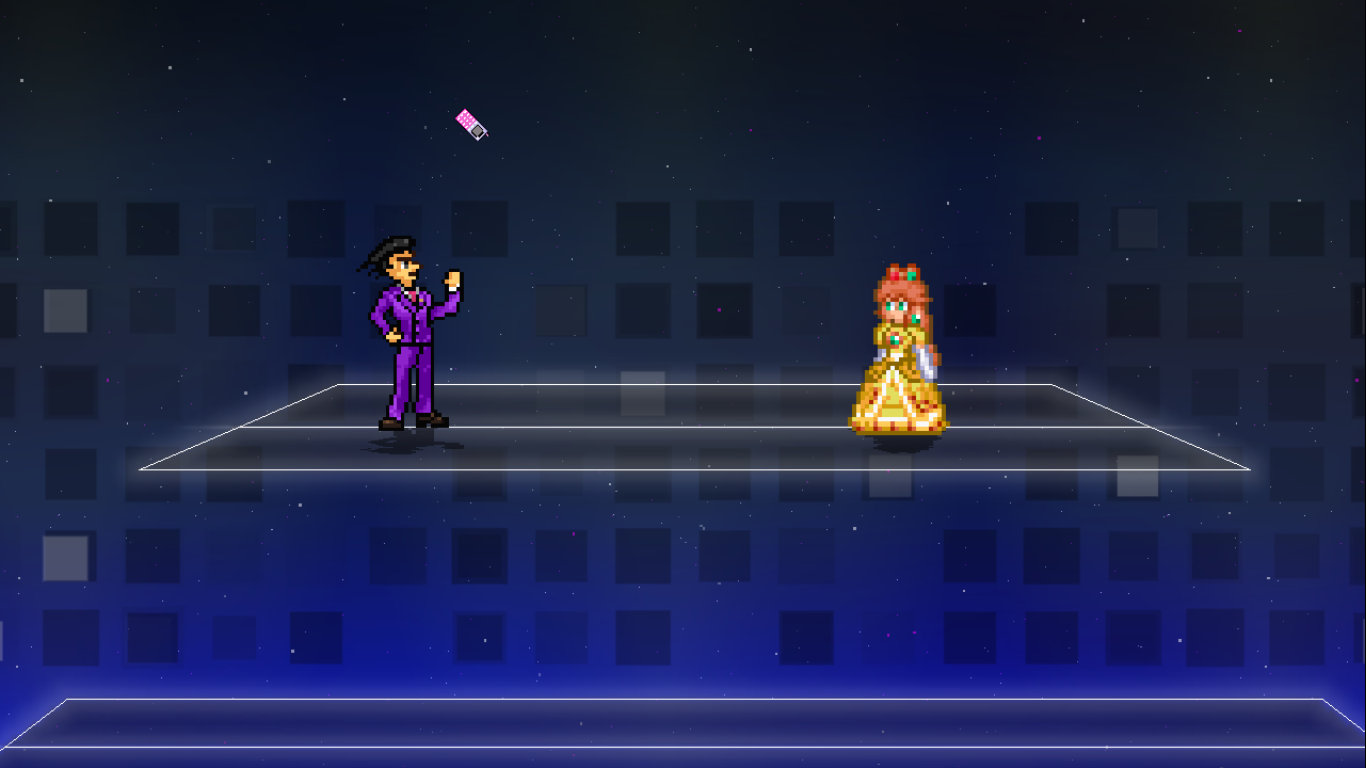 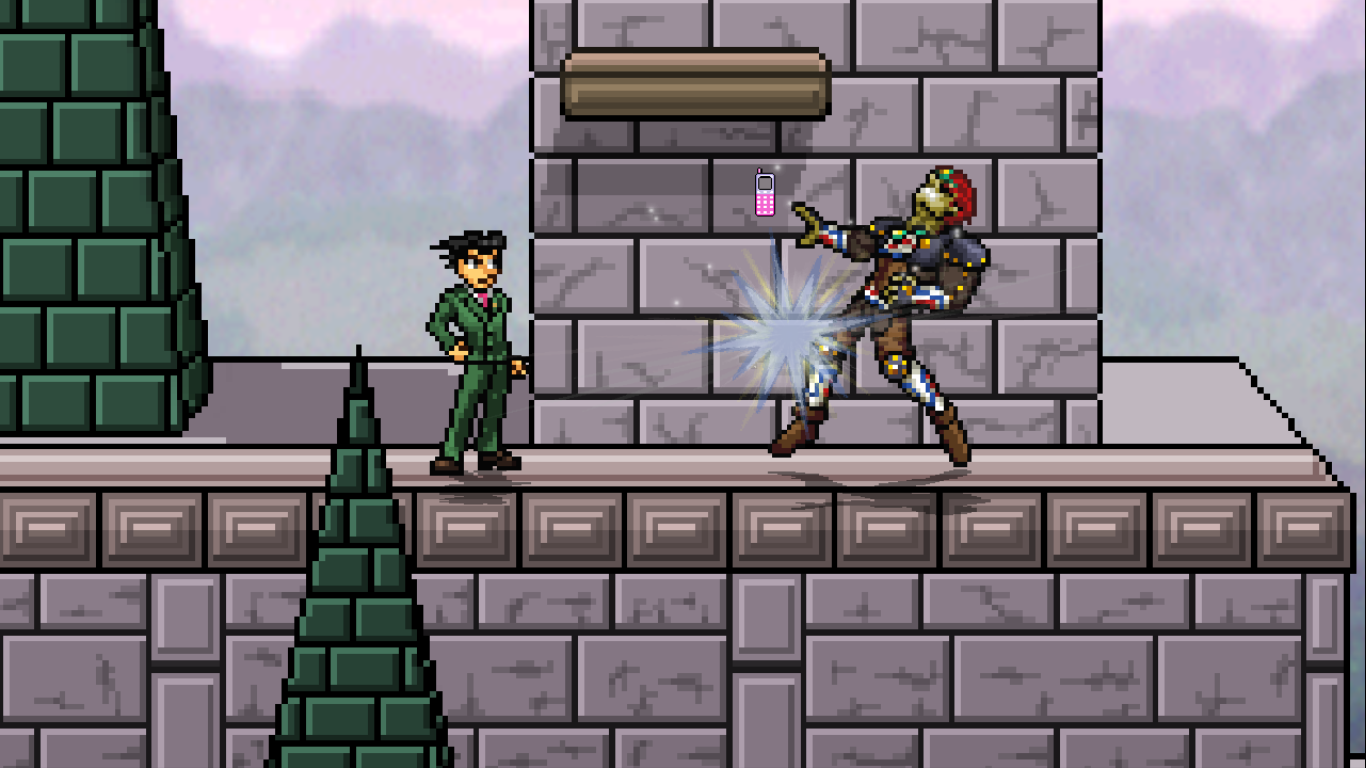 That's not the only way he can bring evidence into the field! His new up smash will toss an item into the air as long as he has one available, at a cost of 1 evidence. This item can hurt opponents on its way up, and becomes interact-able on the way down! 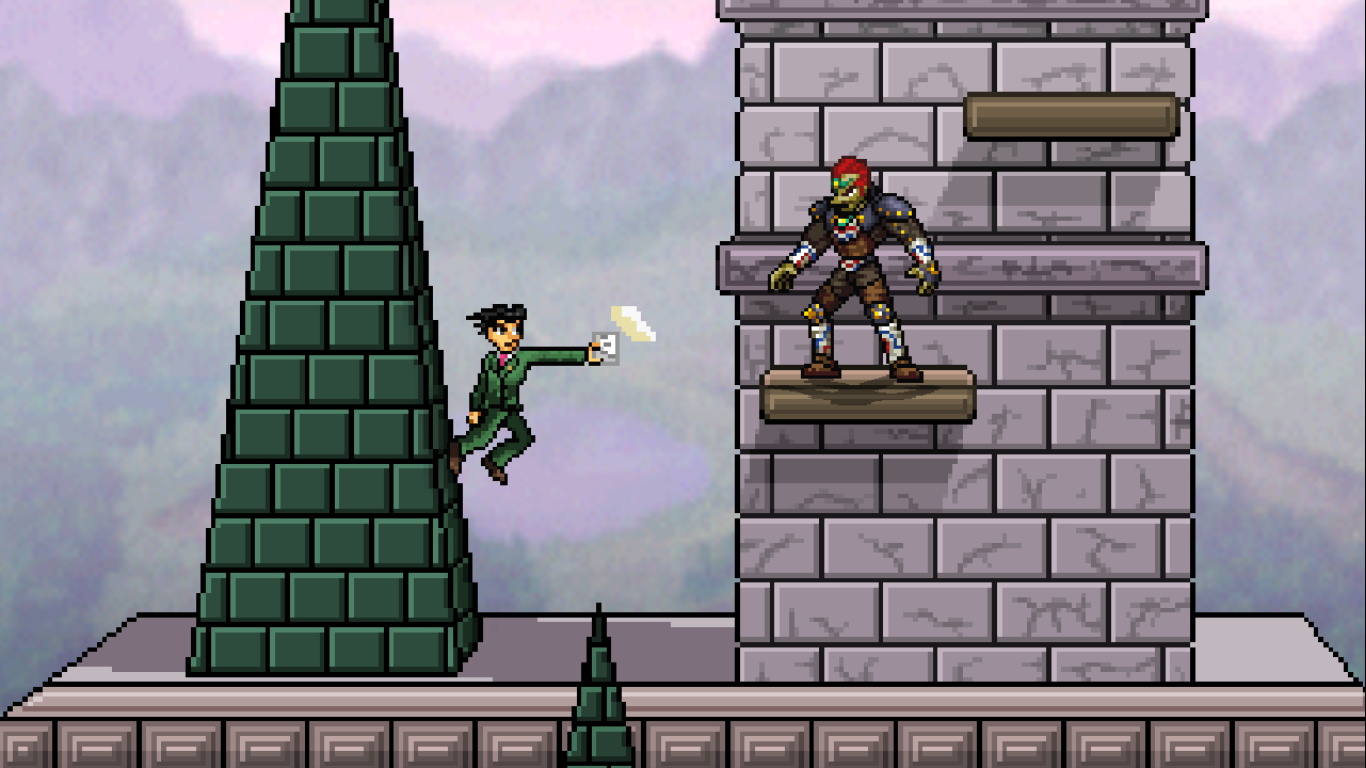 Even his forward air got special treatment! If Pheonix has evidence available, he will use 1 to throw a projectile piece of paper at his foes! 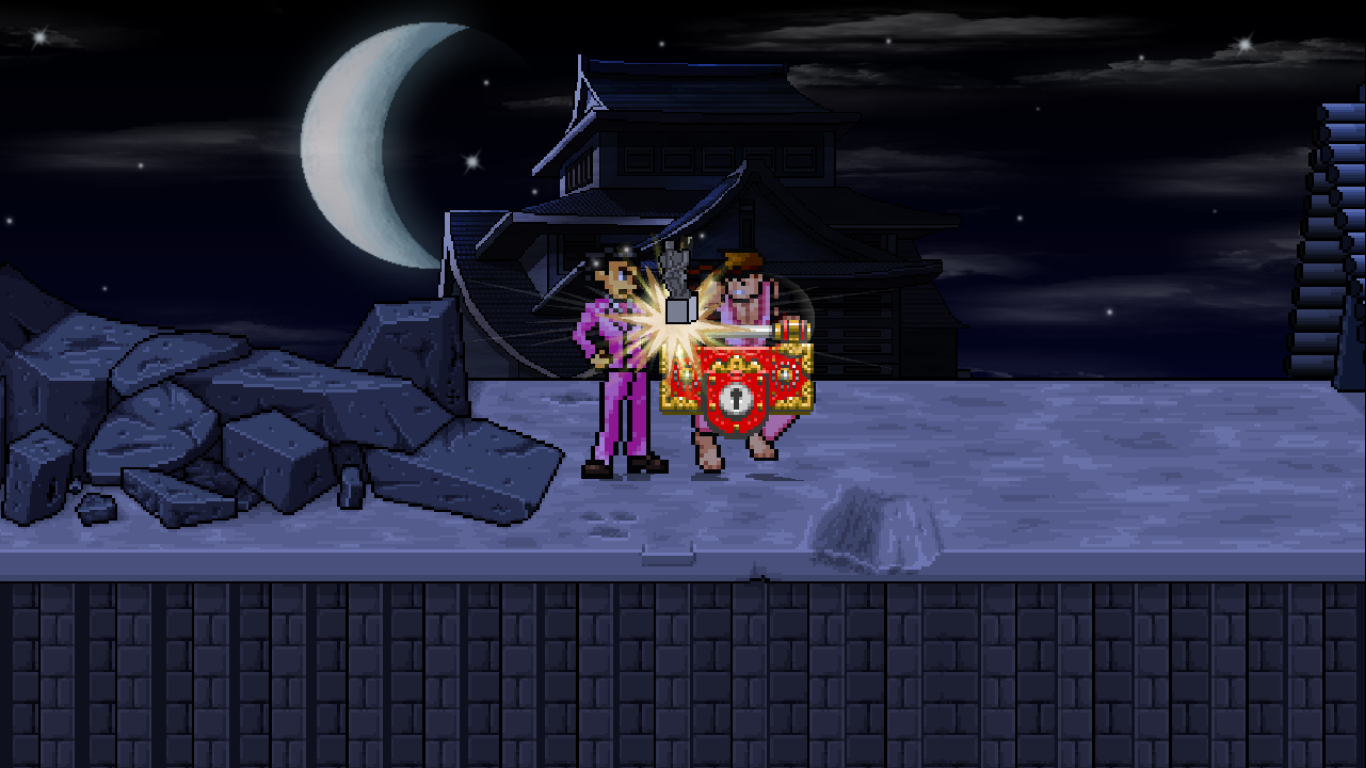 Pheonix's grab system is going through some changes as well. While he still gains 1 evidence with any throw, Pheonix can also use his new pummel, present evidence, to lose 1 evidence per pummel. With each evidence presented, the opponents psyche becomes weaker and weaker, making the breaking throw that much deadlier! Expend evidence to pump up the power of your throws! But be careful, if you spend too much time on evidence and your opponent breaks free before you can throw, the evidence was lost. Don't miss your chance! 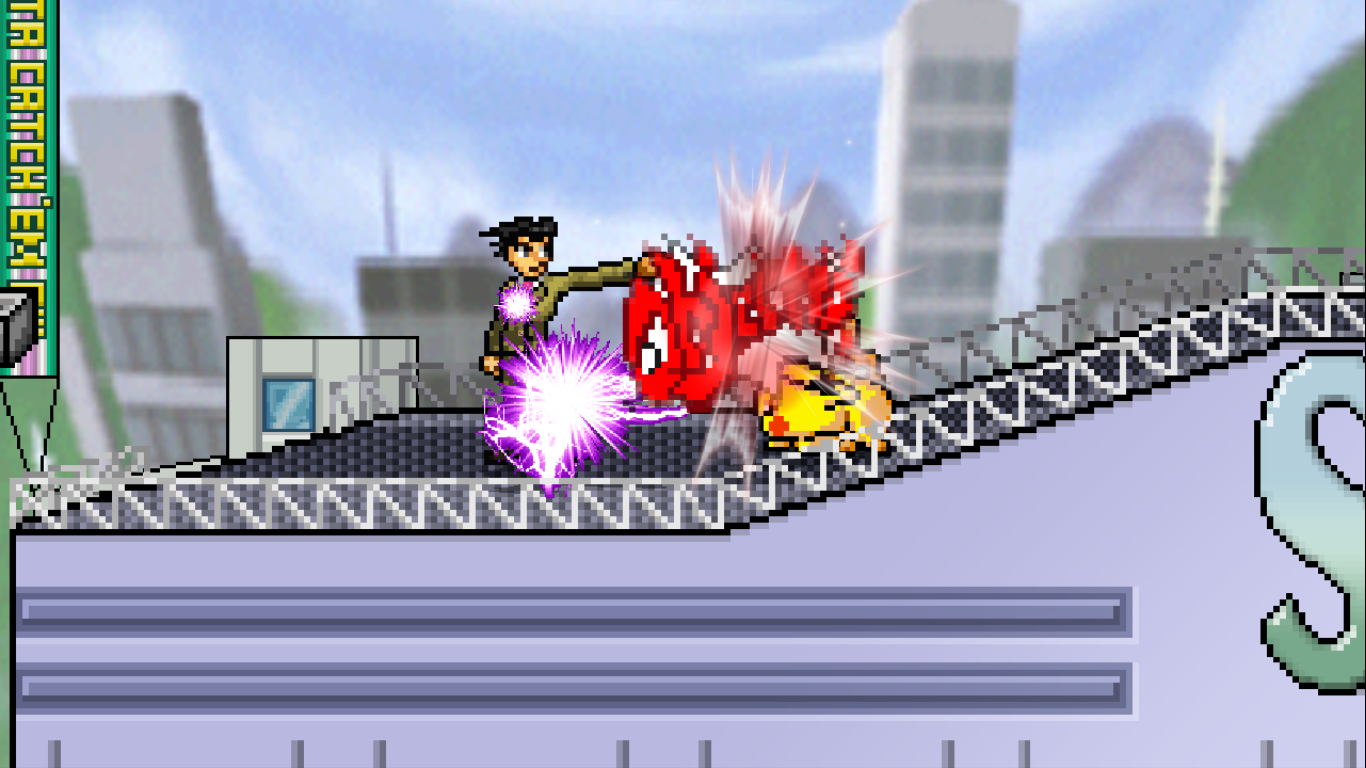 Pheonix's other special moves have also gone through some small changes. Hold It and Objection will no longer gain evidence, instead they join Take That as primary spenders. Without enough evidence, Objection will simply destroy hitboxes and projectiles as well as push opponents back a bit. However with 3 or above, he will spend 3 to also reflect opponents and projectiles, flip opponent momentum, and flip their facing direction!

Hold It works the same as in previous versions, however he will now spend 7 evidence if he has it to get a more potent stun! This can only be done on the ground so you won't have to worry about accidentally wasting evidence when you just need a recovery.

Take That is still a powerful attack, but it works a little differently. Under 10 evidence, it is simply a knock-away attack but with very little scaling, just used to get opponents off of you. With 10 and above, 10 will be spent to get a fairly powerful killing hit. With the maximum of 20 evidence, Pheonix Wright flashes white constantly. When this indicator is going off, use all 20 in one shot with Take That's most powerful version! This attack is almost certain to destroy any foe it hits! With these changes, Pheonix has become a fast paced and unique character. He specializes in creating space, using that space to build evidence, and spending that evidence to dominate the fight!

Excited to try out the new Wright in 0.9.1? Let us know what you think! Tune in next week to discover an exciting new alternate character playstyle!

do you guys have a release date on when the update will be out?

Not yet. Stay tuned for more!