Phasewarp has been released on Desura. A new space game focusing on exploration, combat and resource management.

After a lot of work, Phasewarp is finally out. 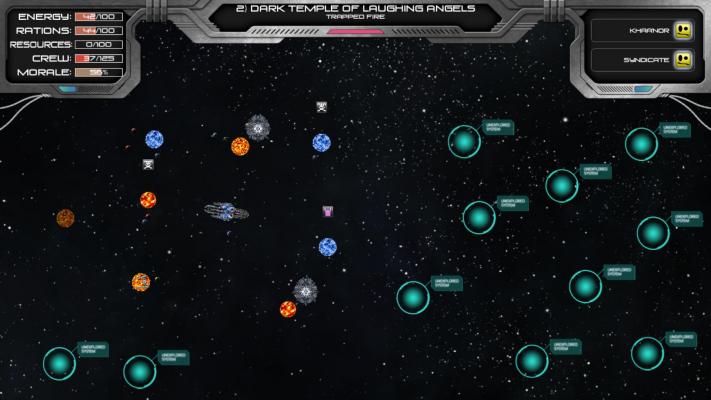 Phasewarp is a cross genre game primarily focused on exploration, adventuring and space combat. In story mode you will pilot starship Titan, the most powerful ship ever built by humans, unfortunately during Titan's maiden voyage, everything went horribly wrong and you are now stuck on the opposite side of a collapsing wormhole with a wrecked ship and only handful of crew. Your goal? Find your way back to Earth while encountering strange alien races and trying to survive whatever universe happens to throw at your way.