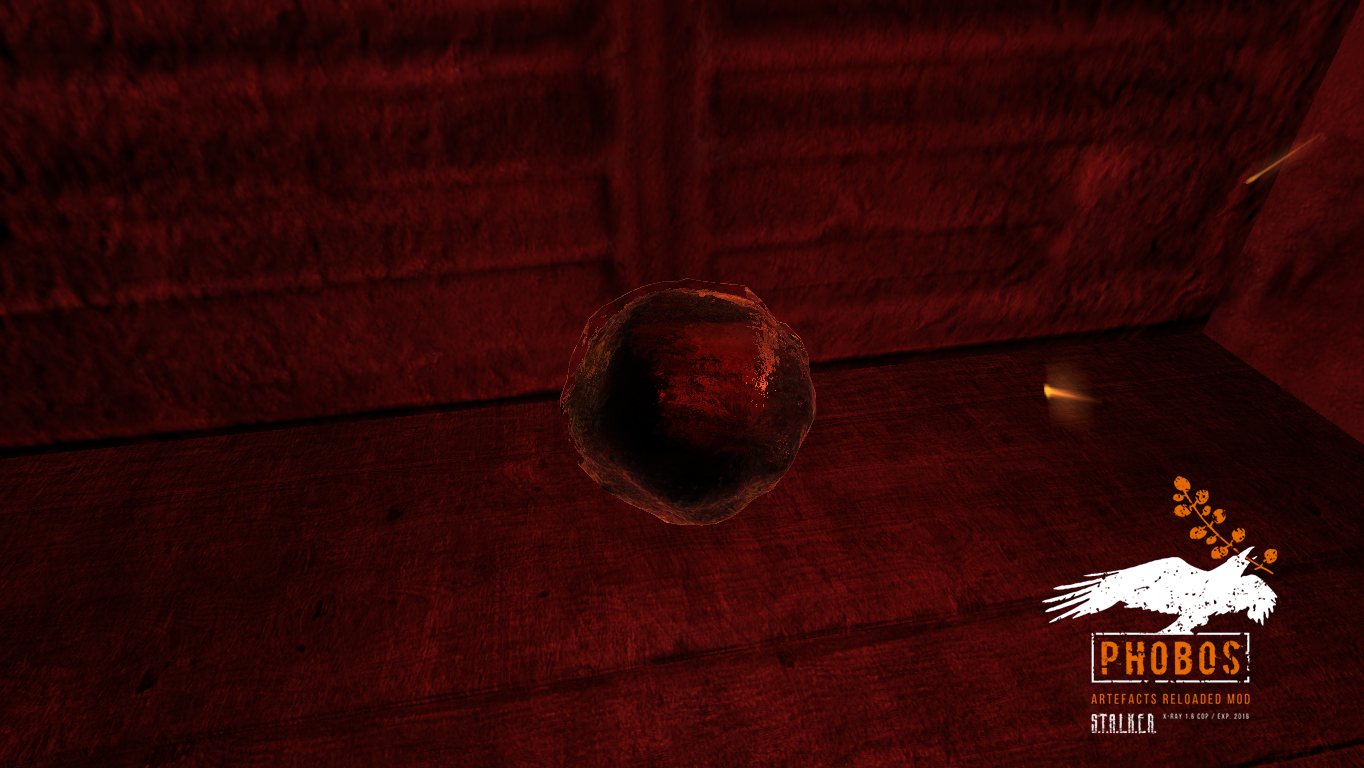 As some of you might know, Phobos: Artefacts Reloaded Mod 0.5 was released back in March 2017, and I'm extremely sorry for such a delay of its official Moddb page. In fact, it was actually planned to update the pack to version 1.0 by summer and to bring both versions here at once, which eventually did not work out, unfortunately.

Anyway, it's great to be back and I hope that you will enjoy the visual enhancements this mod provides :)

Not at all. PHARM 0.5 is a release version which contains all of the originally planned features, apart from first person animated artefacts activation.

What's exactly in the version 0.5?

May I use it in my projects?

Sure! That's what this pack is all about. Just don't forget to mention us in the mod credits. You could also use PHARM's rawdata after it is uploaded.

Possibly, if I have some spare time. You can PM me you requests and suggestions or post them in comment section.

How is this connected to In Spite Of The Death 3?

Could you remind me of what Phobos Project is?

Phobos is a horror mod project which is currently frozen, but awaits its rebirth.

So PHARM 1.0 was planned as a version with animated artefacts activation. You can see the exmple of it in the video below.

As of now, the configuration system for activation has been worked out, but we've desperately looking for someone who would be able to animate HUD models of artefacts.

As a matter of fact, guys, if one of you is an animator or you know a person who'd presumably agree to join the project, please, give us a notice. Undoubtedly, with an animator we'd be able to create a unique mod which dozens of modmakers and hundreds of gamers could use in their own projects or packs.

Thank you all and have a good game :)

In Spite Of The Death Projects Developer