As we finish up the final details and polish on Phantom Rift, we're super excited to announce the game will release early in September on iOS devices first, and then on Android shortly after! Check out some new screens and details below. 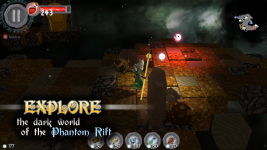 The Phantom Rift is a large, multi-part overworld with many characters to talk to, dungeons to conquer, secrets to find, side quests to embark on, and more. This world is a dark, ethereal place coursing with powerful magic. 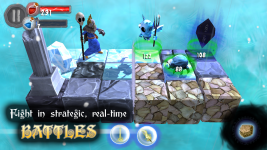 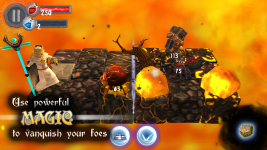 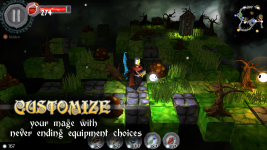 Another cool element of Phantom Rift is the equipment system. Featuring thousands of equipment choices, all equipment is represented visually on your wizard, for maximum customizability. From armor to capes, crows, priest hats, backpacks, swords, staffs, wolf pelts and tons more. But not only can you customize your mage visually, but statistically as well, which will be very important in choosing how you want to play.

There's tons more to Phantom Rift that we'll share later in the following days and weeks as we get closer to launch!