We've added a bunch to the game lately. Among the new features: Race customization, a tactical grid overlay in systems, and much more! Read our full article to learn more! 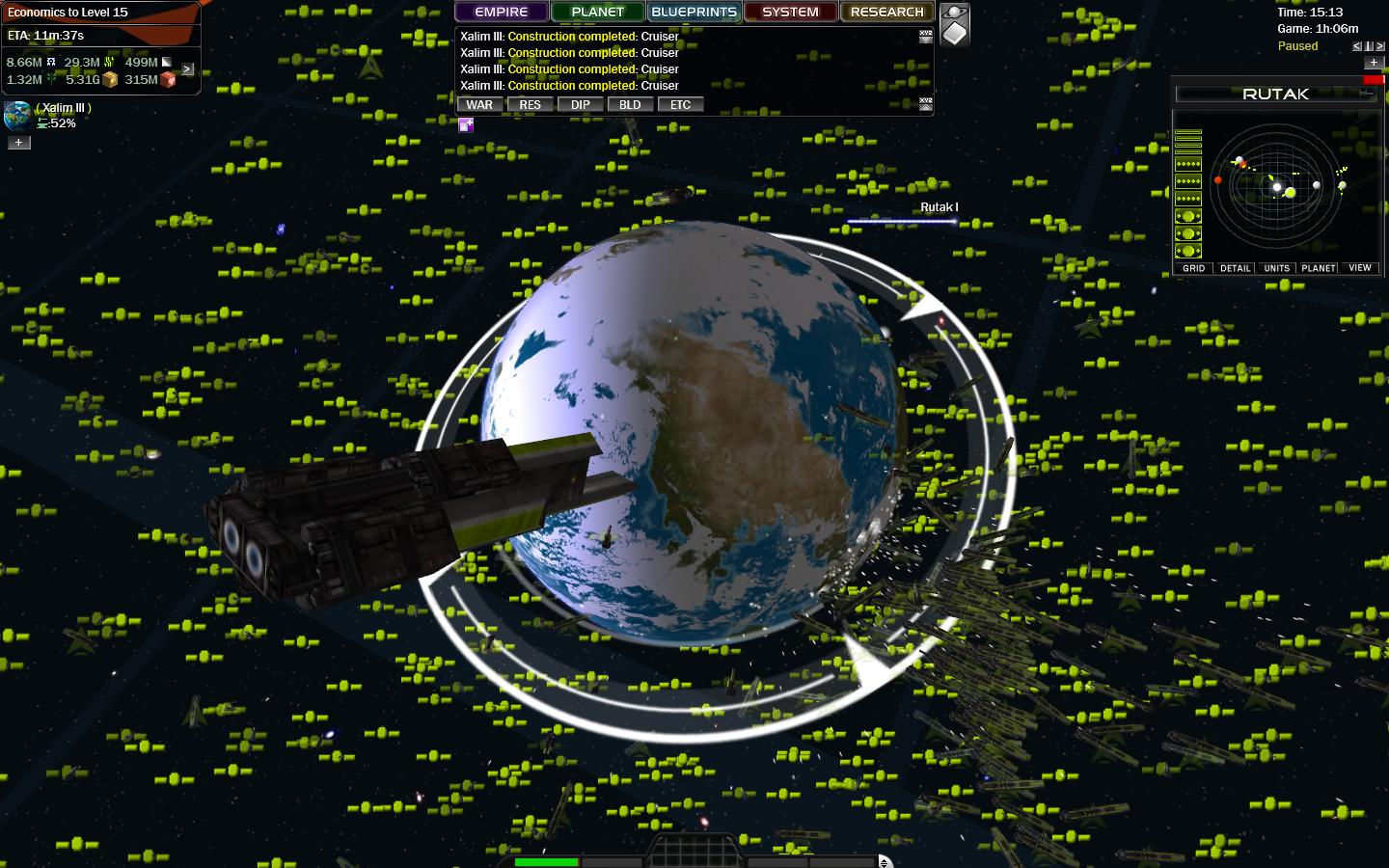 Dawn of the "Race"

...and whatever that thing is called.

New to Patch 1050 is the ability for players to customize and create their own race by buying advantages, disadvantages, and options within a point-buy system. We'll take a closer look at Race Customization in the first part of the news brief and then move on to what else is new in the patches. This news post will cover most of the major features of the patch.

(For those who would rather see the patch in action than read, a feature reel for Patch 1050.) 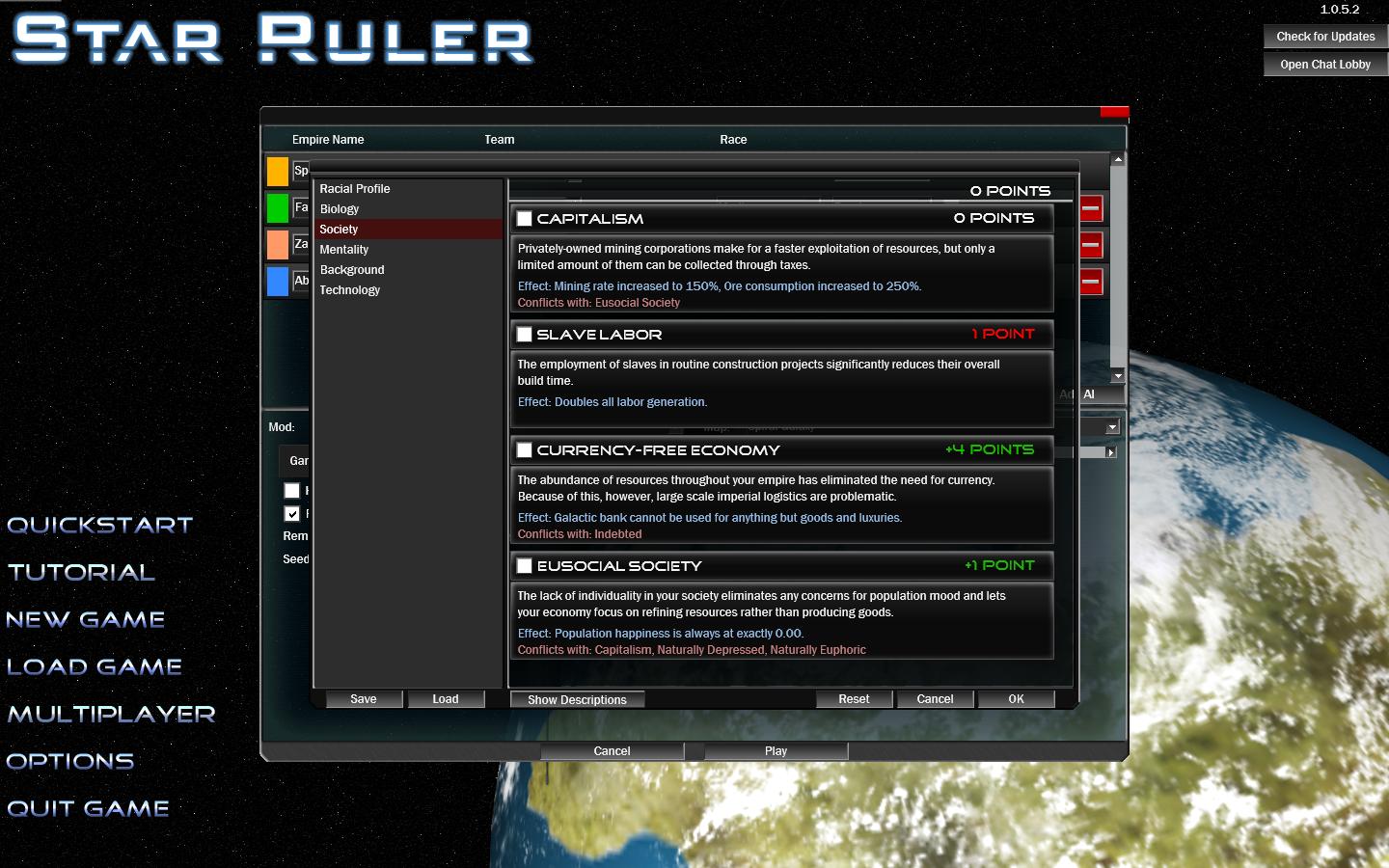 Traits are both simple to understand and incredibly empowering if used correctly; they are the ruler by which a race is measured. They can have profound impacts on your game and, if you're not prepared to properly work with a trait a major sink in time or resources -- or worse.

In short: A race is the sum of its traits and careful selection of the traits your race will have to live with for the rest of the game is recommended.

To ensure that you know what you're getting in to, the Race Creation system will inform you of how risky/advantageous a given trait is. The more points a trait has, the more potentially imbalancing/empowering (either for or against you) it might be. Traits that cost points give your race advantages and traits that give points give you disadvantages or handicaps (for example, turning off your access to the galactic bank or your civil acts)

A race's history and description can also be filled out. We make no assumptions on what your race looks like or has gone through to get to this point and don't require you to write a novella to justify the points you spent. It's entirely at your option, of course. Once saved, the preferences will be kept whenever you decide to load that race into the game -- this means that if you want a race called the Urulians to normally form the Uhuran Empire, just fill in the Empire space when you save the race. It's that simple.

We have done our best to make the traits fun and interesting, throwing in as little 'fat' as possible into the mix. We hope you enjoy creating new races and inventing new forms of life and intriguing social constructs.

FAQ: Will the AIs have Races? Yes, but not at this time -- they will likely pick traits suiting their personality.

In the interest of engineer-minded rulers, we have implemented a more detailed overview of the ship you're looking over. This new submode in the Blueprint window (Detailed Stats) allows you to quickly and definitively compare subsystems against each other, get consolidated, practical, information (how long can the guns fire before they run out of ammo), and compare ships that you have the blueprint for more readily and with greater ease.

With these upgrades, we hope that your ship-building experience becomes even more fluid and enjoyable.

For that "Persistent Galaxy" flavor

With the arrival of dedicated servers, now people can set up their own persistent games which automatically reset, have votekick and voteban features and so on and so forth. A full readme on how dedicated servers function, where to locate the dedicated server executable, and how to set up and operate a dedicated server, are available on our forums through the following link:

In addition to dedicated servers, we have also made the game able to connect clients and servers together without port forwarding as long as the host is using modern router firmware/hardware. 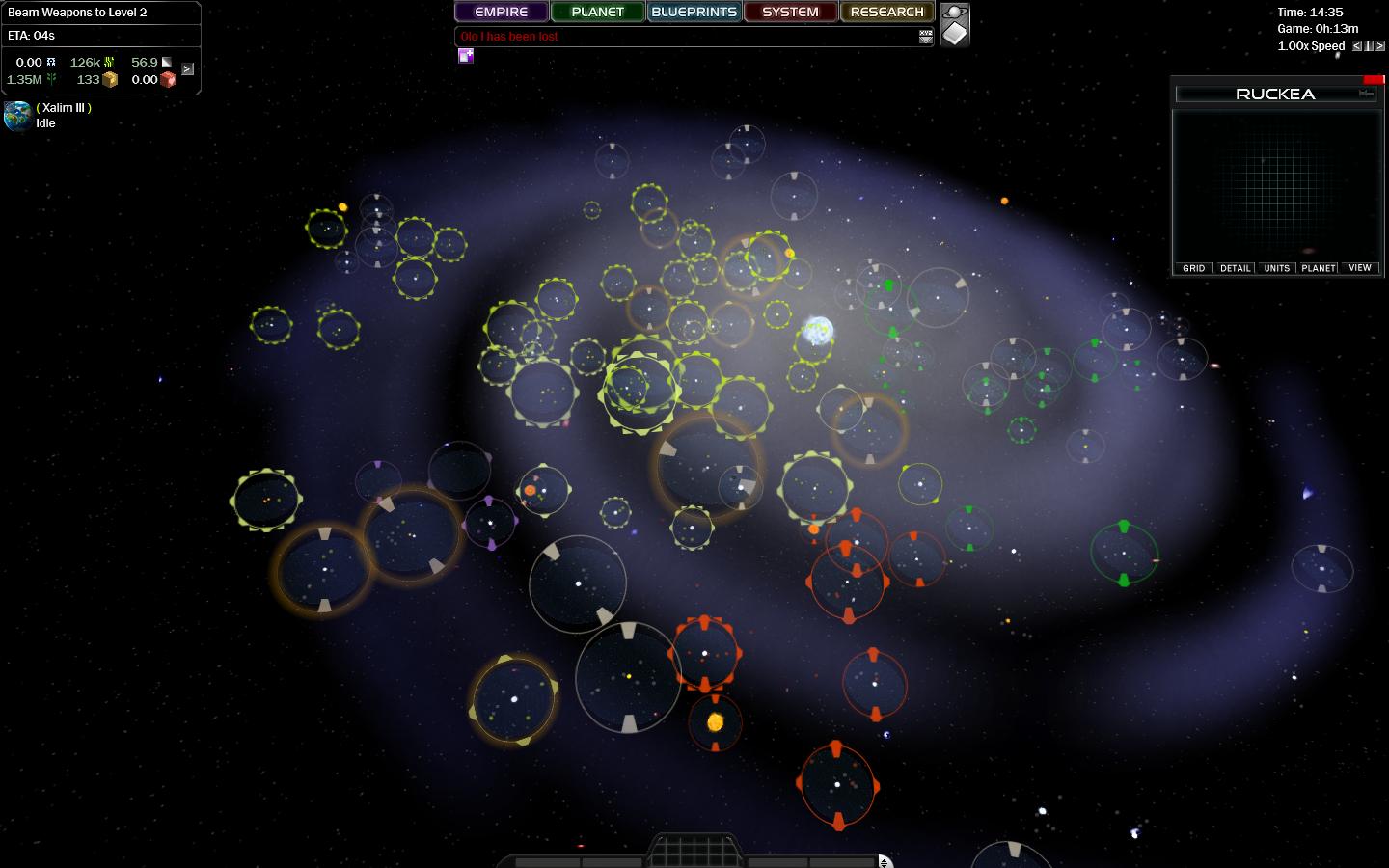 More effective at attention-grabbing than the leading yellow system ring!

Objects and Systems that are under attack will now pulse with color when they are assaulted, giving you a much clearer response on what is under attack and what is contested by enemy forces. The effect can be turned off in the Options if you find it to be more distracting than useful, along with a whole host of new things to toggle, turn on and off, and manage.

Incoming Wall of Text from the left. Drop altitude.

As usual, we have included the full changelog between these patches for your convenience. Given that the amount of changes effected in this patch are... considerable we apologize that the news post will be rather large as a result.