The news update is ready! We have 3 main news to report you all. It's about a minor patch, road map, and unique pilot artwork for backers. Let check out the detail!

The news update is ready! We have 3 main news to report you all. It's about a minor patch, road map, and unique pilot artwork for backers. Let check out the detail!

Firstly, we provided the latest minor patches to resolved a few issues, however, the random crash is just an update to prevent the problem. We need to debug more besides the other progression.

News about original pilot creation for backers.
We start sending the confirmation email to all Self Pilot Artwork Backers during 10-11 Oct. That's about the new module "Recruit Division" we will add to the next Major Patch. If you were our Ace Backer from the first and second Indiegogo campaign. Don't forget to check your Registered Email and complete your confirmation form first. The form will expire on next 15th of November 2020.

*We provide the confirmation email via jotform. Feel free to check your email under the name of them*

Major Patch Roadmap
We created all info-graphic about the Road Map for your read and be quick information for our new pilot. 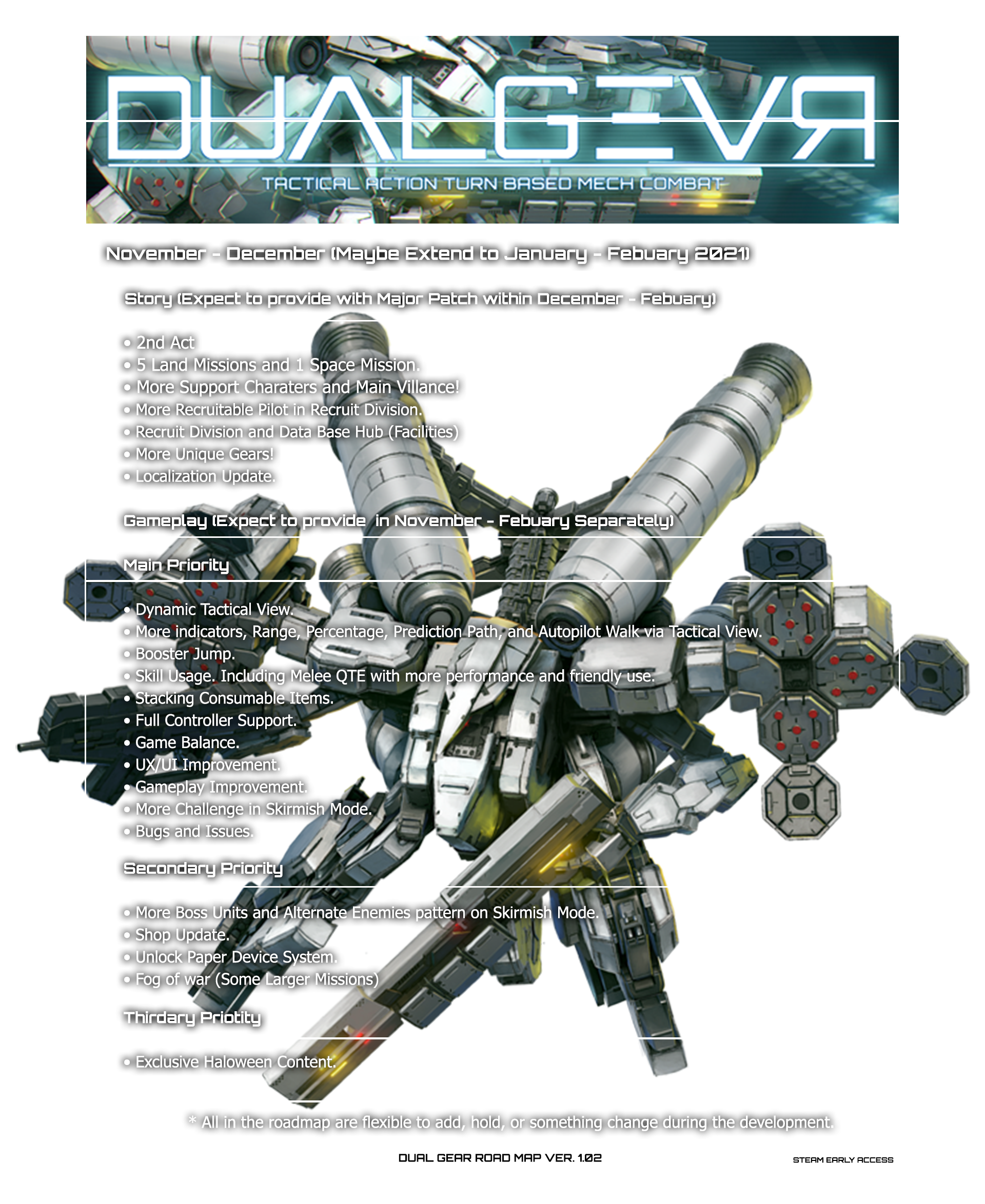 The Road Map showing the midterm milestone is the first Major Patch. We target to launch it during December but it can exceed to Feb of 2021. Not only more story missions. A lot of permanent change is also. To check what we're doing, You can see some changes through our update on Facebook or Twitter before the announcement. With the progression we doing to improve the game. That means all daily or weekly patches will decrease following the changes we preparing for the next major patch by the end of 2020. 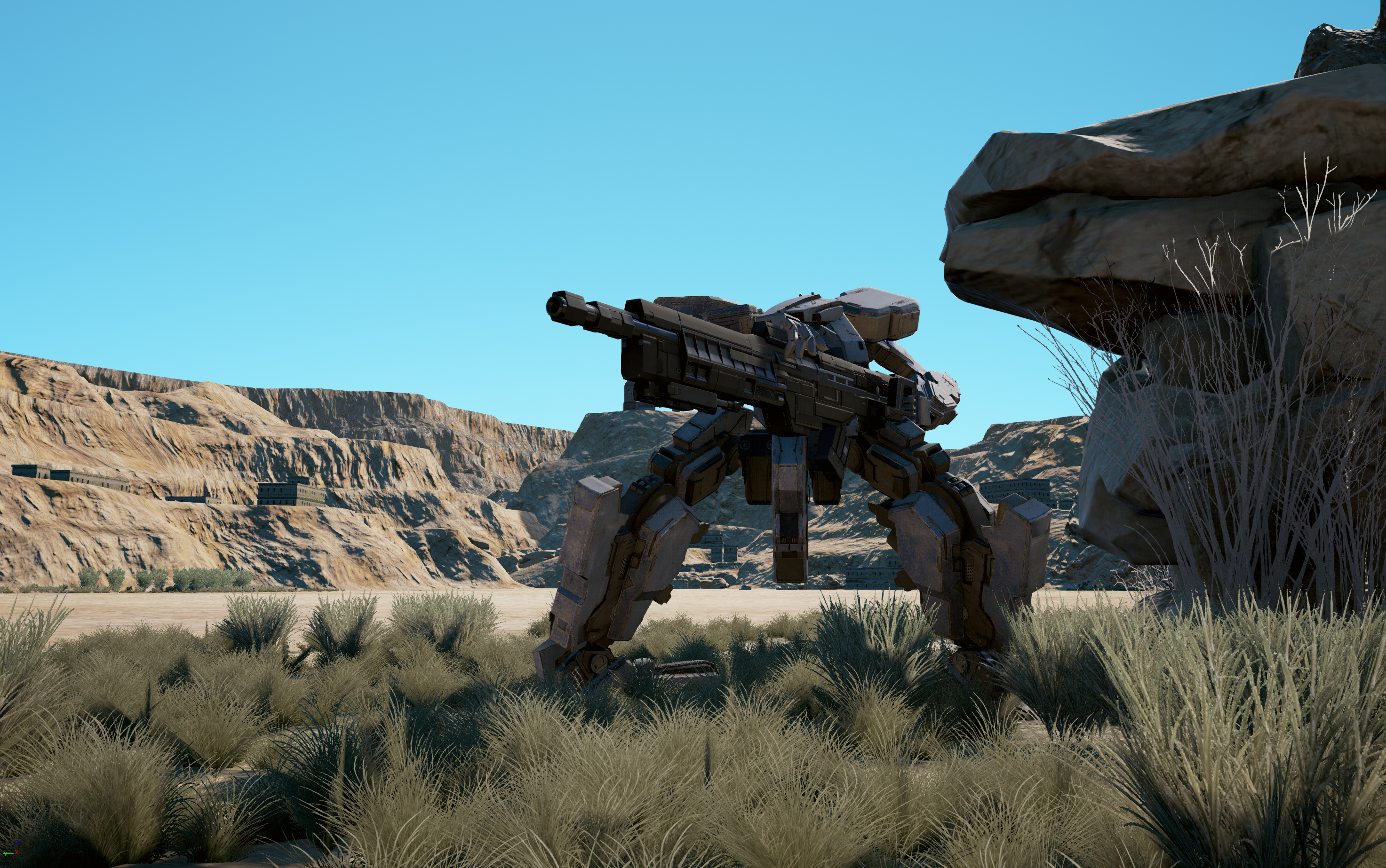 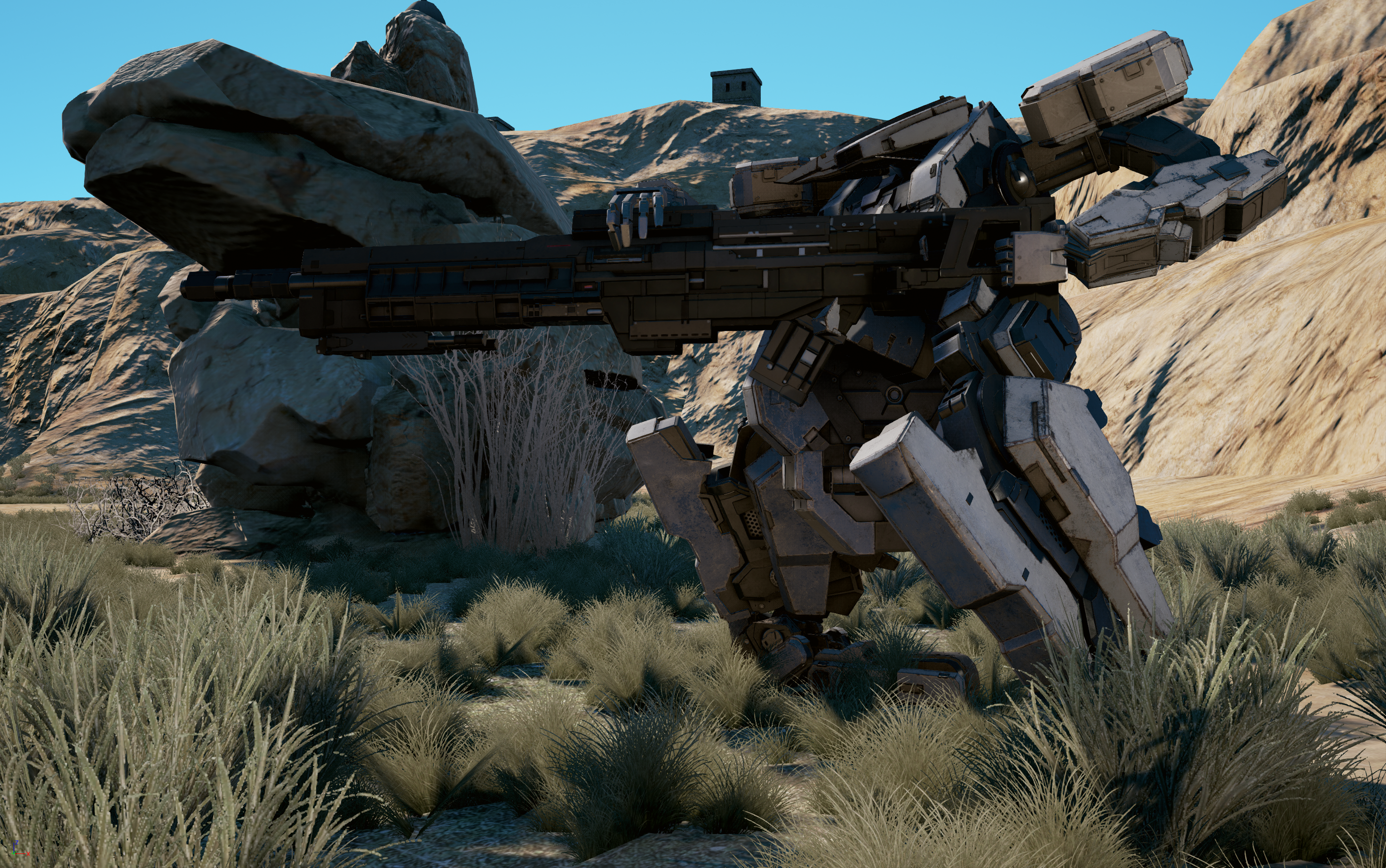 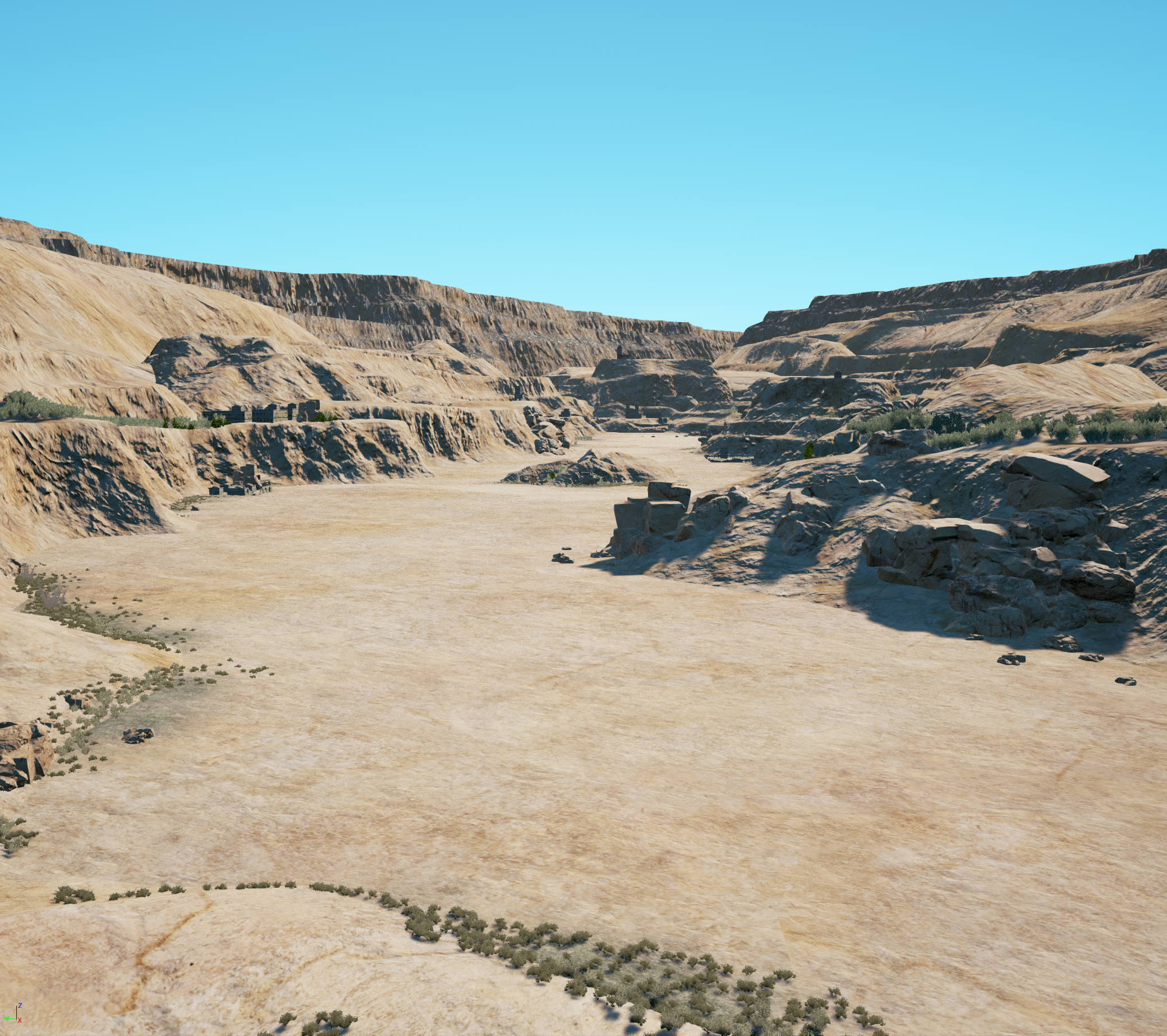 Some of the in-engine captured about the new mission followed the keyword "Sand & Space" 4-5 Missions on earth will be deployed with more deeply story and more tactical layers for the completion of 2 acts of the story. Maybe take time before it ready but, we will do the best to make it done!

To unleash the real potential of Tactical View. Dynamic switching between combat mode and tactical mode is in progress. More indicator e.g. range detection, combat information, and the prediction path will be supported on this tactical view. That will bring the game more hybrid with Turn-Based element. The dynamic tactical view also opens us to test some features like "Booster Jump" and "Auto-Pilot Walk" we will update about them next time. 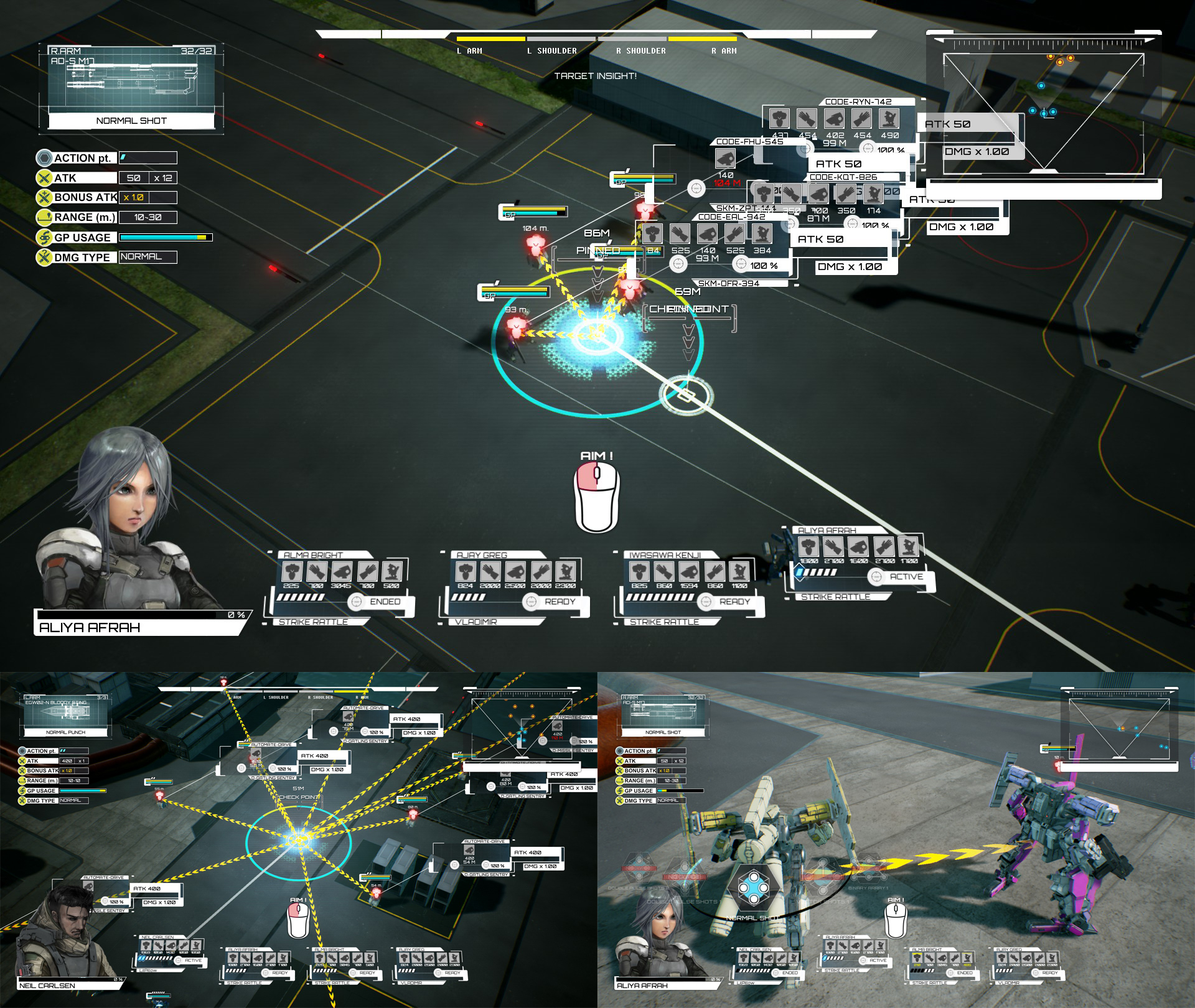 New Mech.
Before let you take a rest. It's Concept Art time! New DG is in production to launch on the next act of the story. The gear is the same as the Xenoframe type with the superior class of performance. He will be your ally or not...And what the gears are behind in silhouette?

Have a great weekend commander!

If you did not received your Beta Backer Key and want to claim your key. Feel free to contact direct by our email pongpat@dualgeargame.com