This currently is a 180° angle behind the unit, which will probably change later to a smaller angle, since it might be too strong like this. This will probably be tied in with some more stealth mechanics later to increase it's use.

Water will randomly spawn in low amounts in some biomes and due to the physics, splattering all over the floor. You can then pick this water up with a glass bottle and put it somewhere else. Water slowly hurts units if they stand in it. There is no pressure physics-y stuff in it yet (water rising up fortresses due to pressure) and water will not spawn underground. 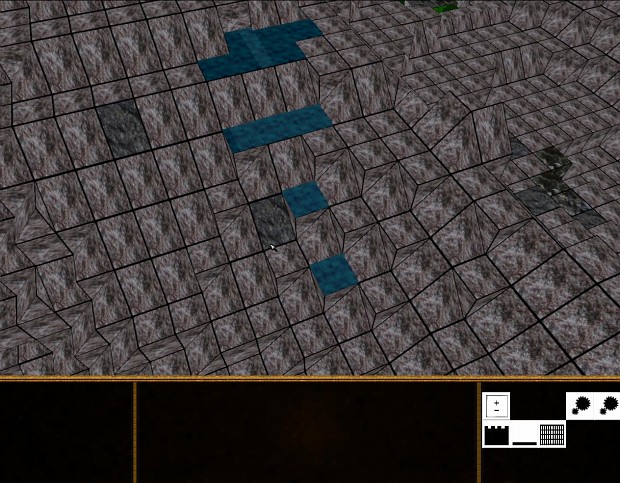 Ocean biomes will not be physics simulated. In fact, they're just there right now, block you're path. As with canyons, you can not spawn in them. 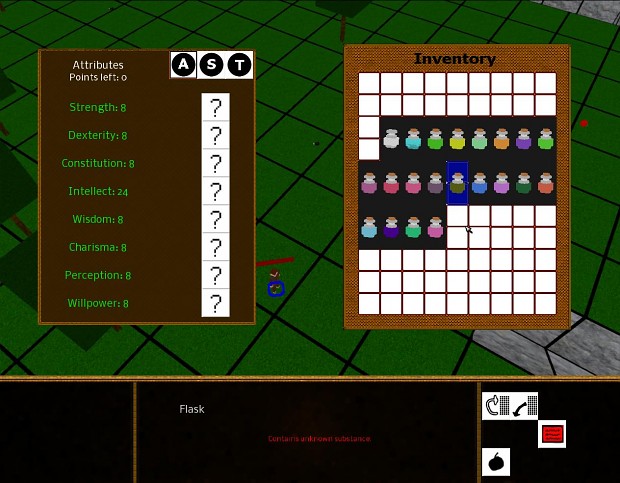 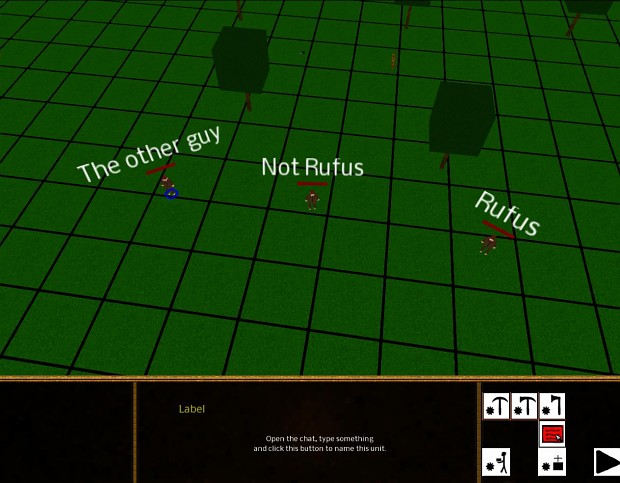 In order to do this you need to use some seeds, which you can find, having them near water and then have a unit hoe them for five minutes. After that, the grown crops can be "pickup all"-'d as well.

Some of them are hameful though, be careful! Next patch you will be able to throw those at someone!

If you have units selected and drag the right mouse button any direction, they will now form a 4x4 formation facing that direction.

There currently are just two available, this will be expanded.

If you're not aware: Skill ups means wether a given skill was brought to it's next rank, i.e. from Dabbling to Novice, etc. You also gain talent points this way.

I made this change for three reasons: Firstly, to give more power to the enchantments, since attributes would outpower them otherwise. Secondly, this will give you more reason to spend points in other attributes, like spending points into intellect and wisdom, if you want to gain an increase in experience, rather than putting it all into intellect, since it has more uses. Thirdly, it makes talents more powerful. I think this rebalancing is welcome, since there were a lot of other talents, like the active ones or the skill-related ones, that we're way better than just increasing one attribute. The cost of upgrading them will increase every third point spent by one.

(The mesh that is, just to be clear.)

They can only be picked up by their owner though. I will probably make some kind of passive "drop one gate here" happen later, to replace what was there before, but also to expand it to beds and other things, too.