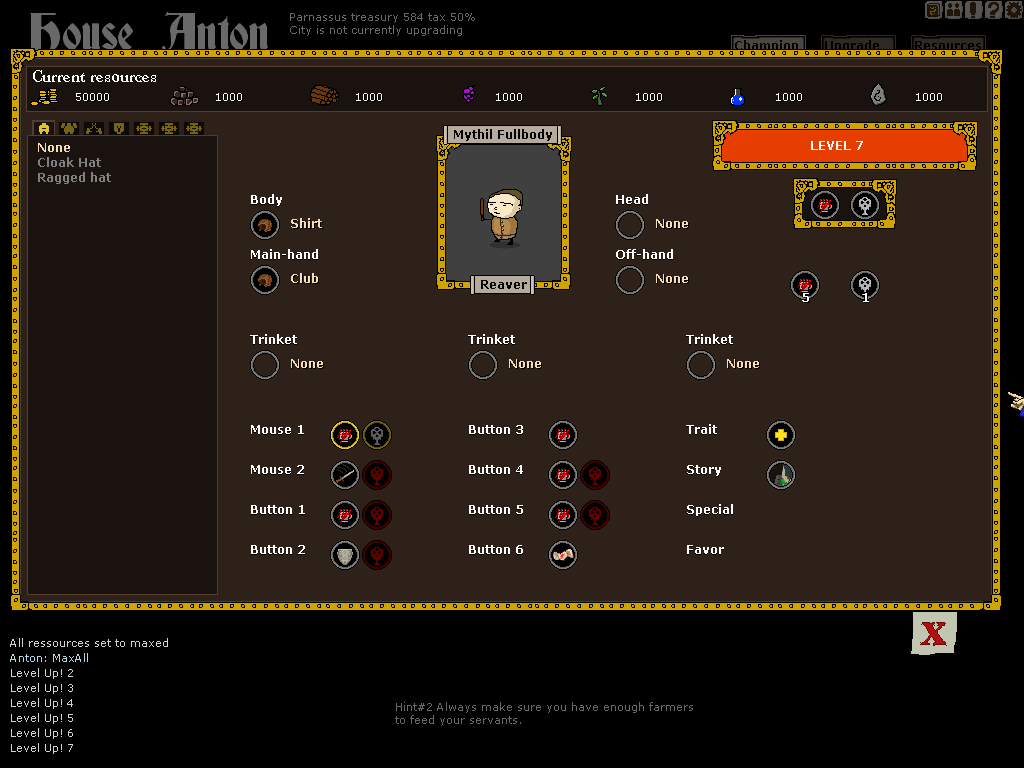 Intuitive! Yes the new champion manager sure is flashy!

A lot has happened since I first started this project all naive and innocent. Now two years later, I am still naive and somewhat innocent but I have found my self drifting in ambition. What seemed like a really good idea in the beginning turned out to be unintuitive and bothersome. What am I talking about? well I decided to rework the character system.

By trying to force focus on the players house instead of his champions, I found many players re-rolling the same character over and over, both because it made it easier to identify each other in group play but also because having to change play style after every death was just plain silly.

So i have decided to go with a more traditional approach, players will now unlock champion slots and champions will no longer perish upon death. Instead they will simply be sent back to your house and for now that is the only penalty. Maybe in the future I will implement a wound system that will require you to take better care of you champions but for now I am going with loot loss.

You no longer have to pay to field your champion either, instead all items have had their prices greatly increased. That means you only have to buy your gear once! Since that is a pretty big change prices may change during the next couple of weeks.

The new system also forces strict sub classing, that means that once you have chosen a subclass you cannot put points in the other subclass. Why? well the extra skill options where preventing me from implementing subclass specific gear in any meaningful way and a lot of the subclass combinations just didn't make a whole lot of sense.

A big new change is the option to play offline - this option is both available from the launcher (just select Solo_Offline from the server drop down) or you can download a full stand alone offline version here :

This weeks class pick is:
The Cleric Of Callysta
Clerics of Callysta are the least melee oriented of all the clerics, they specialize in cleansing, healing and buffing and have more instant effect than other clerics, they worship Callysta god of wisdom, trade and water and they are revered as impartial and insightful.

True Naming- Cleric Of Callysta subclass
Keepers of the True Names are philosopher priest who meditate on words of power, they have reached a high level of enlightenment trough rigorous meditation and by invoking the true names they are able to change the world around them, restoring health to allies or making their enemies bleed or even burn with but a word.

Prophecy- Cleric Of Callysta subclass
Though the blind the Godess Callysta is revered as the greatest seer to have ever walked the earth. Her most favored followers are granted part in this gift and are able to foresee the future, the greatest seers are sought after by many warlords for their ability to prophesize the outcome of battles even before they are fought.

May Callysta grant you wisdom.