The original release of 1Week was a success, if not lacking in content. Fear not, as the next patch (coming within the next 5 days) will have plenty more. 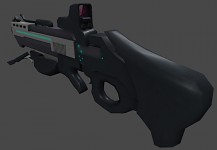 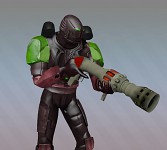 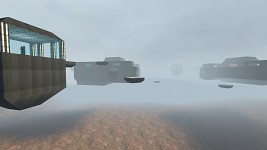 great to see some more work going into this, i loved the first release this has some great potential

I'm having trouble understanding what happens if the generator is destroyed. What are they used for? Are the generators (as a gameplay mechanic) actually functional yet?

Here's an idea...the generators should power some airlocks...and once the generator is destroyed, the airlocks open up to allow easier access to the flag.

please let me know, as I am interested in mapping for this mod and I want to be sure things are well-used and balanced.

The generator powers forcefields, as well as the unimplemented turrets

For the most part the Generators power turrets (not added yet), forcefields, and whatever else the mapper may want. One map has it where if the enemy destroys your generator it opens the doors to your base.

Dude I loved all effects and weaps in this mod...

But, can you add a hand model? It's weird to see only the weap

They're working on it now.