More lines have been completed this week and Clerics of Oran has been reworked. Go check it out at Realmstone.eu! 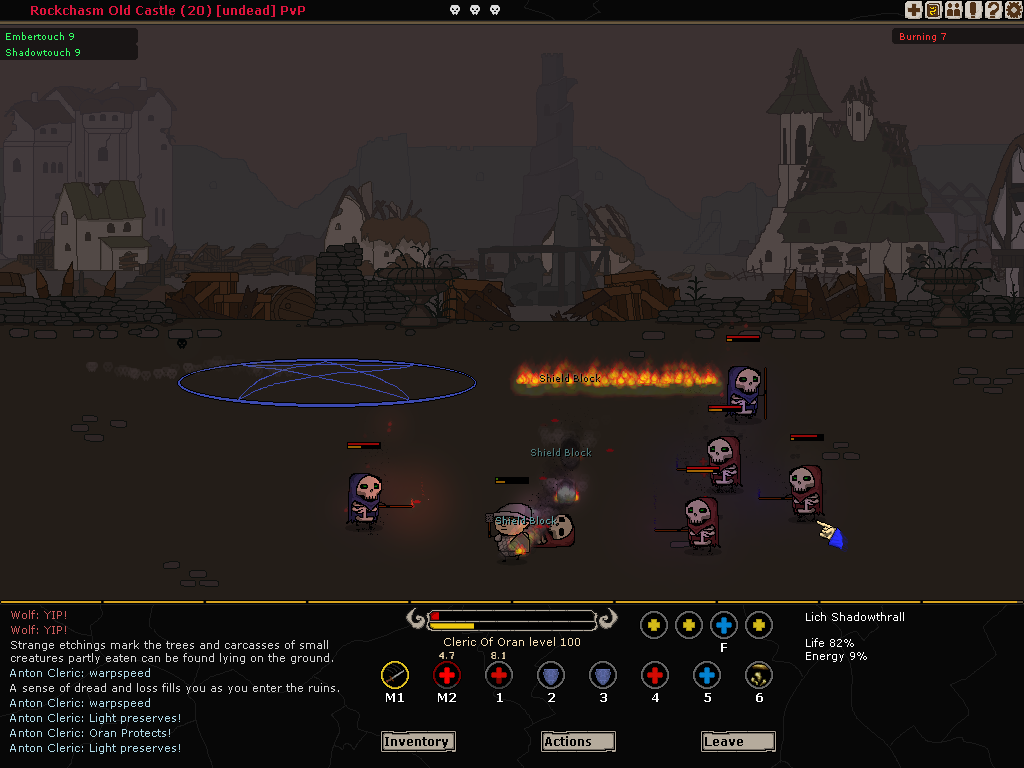 A Cleric of Oran has bitten off a bit more than he can chew, also, he is on fire.

Bring forth your smiting hammer

Cleric of Aden - Strength
Strength focuses on increasing melee damage, mostly for the cleric but also for his allies.

Cleric of Aden - Honor
Honor focuses on negating and reducing damage, both for the cleric and his allies.

Ether Mage - Gate
Gate magic enables the mage to teleport and summon creatures from the ether.

Ether Mage - Illusion
Illusion magic deals slightly less damage than many other magic types but gives a lot of utility and tools to prevent retribution.

Cleric of Callysta - Prophecy
Prophecy focuses on evasion effects both for the cleric and his allies, also has instant AoE damage.

Cleric of Callysta - True Naming
True Naming has fewer buffs than other divine magic but is focused on instant effects that harm and heal.

Cleric of Oran - Inquisition
Inquisitors are zealous followers of Oran, they eschew healing and buffs for damage.

Cleric of Oran - Warding
Warding is pure support tree that focuses on healing and reducing damage.

If everything goes as planned the remaining lines will be completed in the next couple of weeks. You can find a total list of the abilities at the bottom of the class list.

I hope you will enjoy playing the game as much as I enjoy making it!