This week I added better and more exciting particle effects, and optimized some rendering processes.

I finally put the finishing touches on the current version of the render engine for my game this week, so I can hopefully hide it away and forget about it for at least a few months now! Optimizations and improving particle effects were on the menu this week, so check out my dev log video below to see how I got on. Alternatively you can read more about the updates below the video. Enjoy! 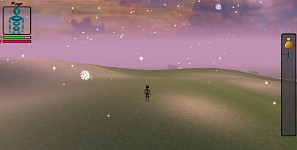 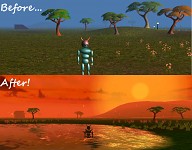