The 3D assets have arrived, and the conversion has started!

My current goal with this project is to see how it looks with the same game play and much improved graphics. After several months working with Meta3D studios, I received all of the art and design assets I requested in our recent collaboration. Have a look at some of it: 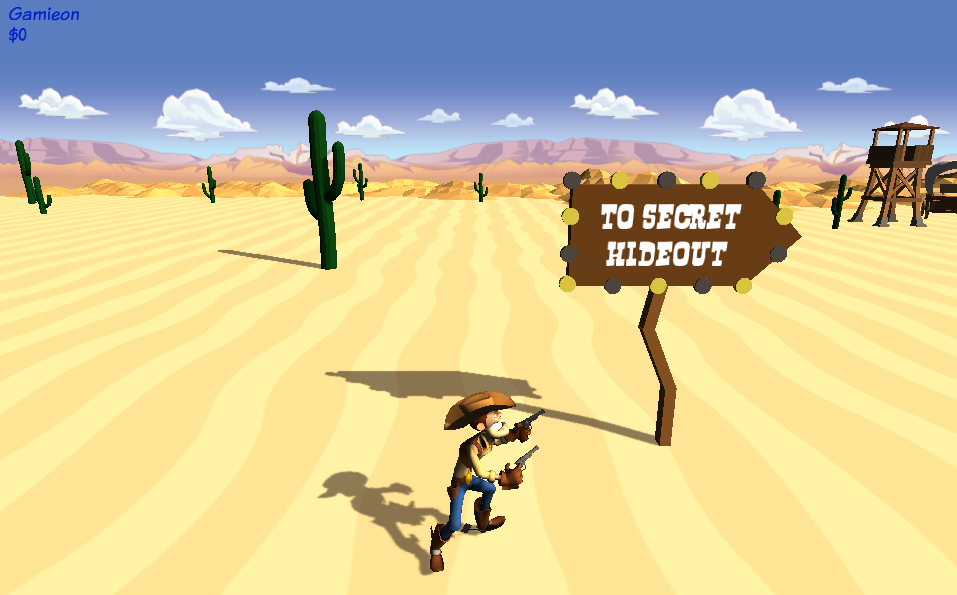 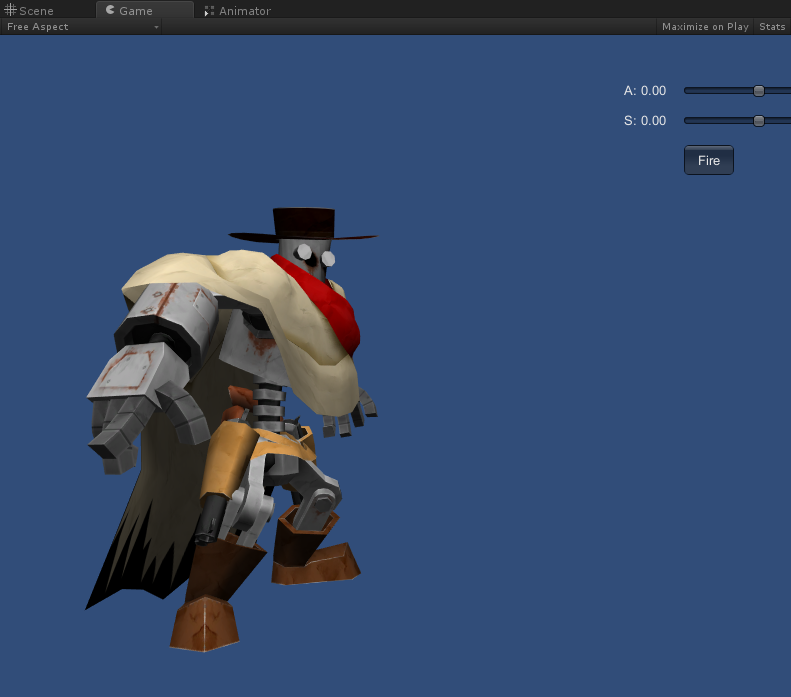 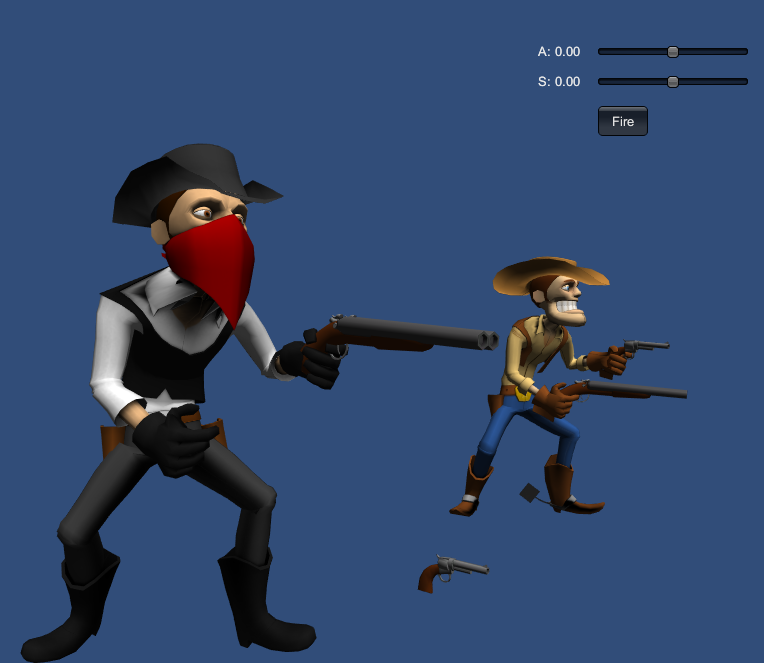 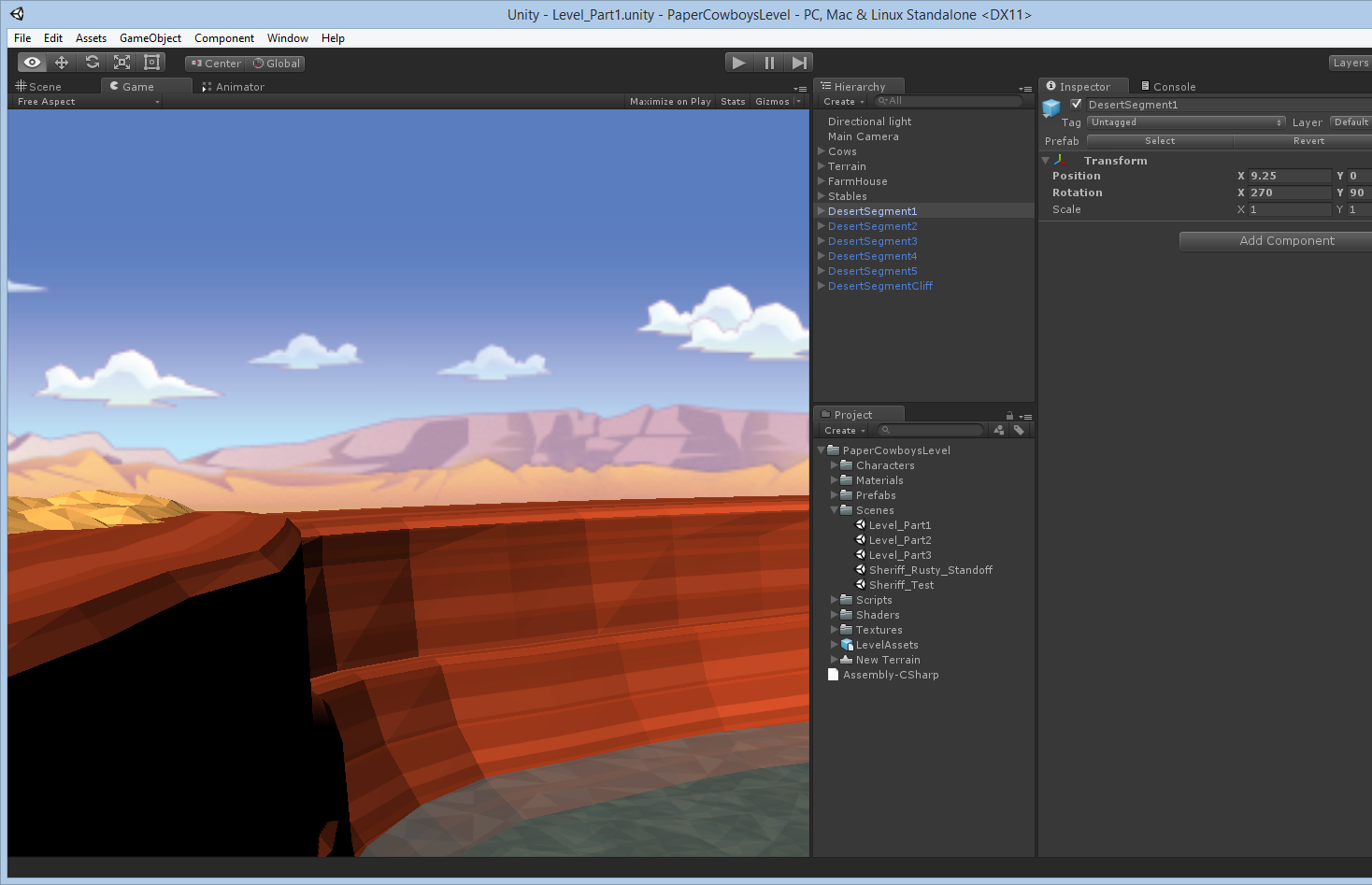 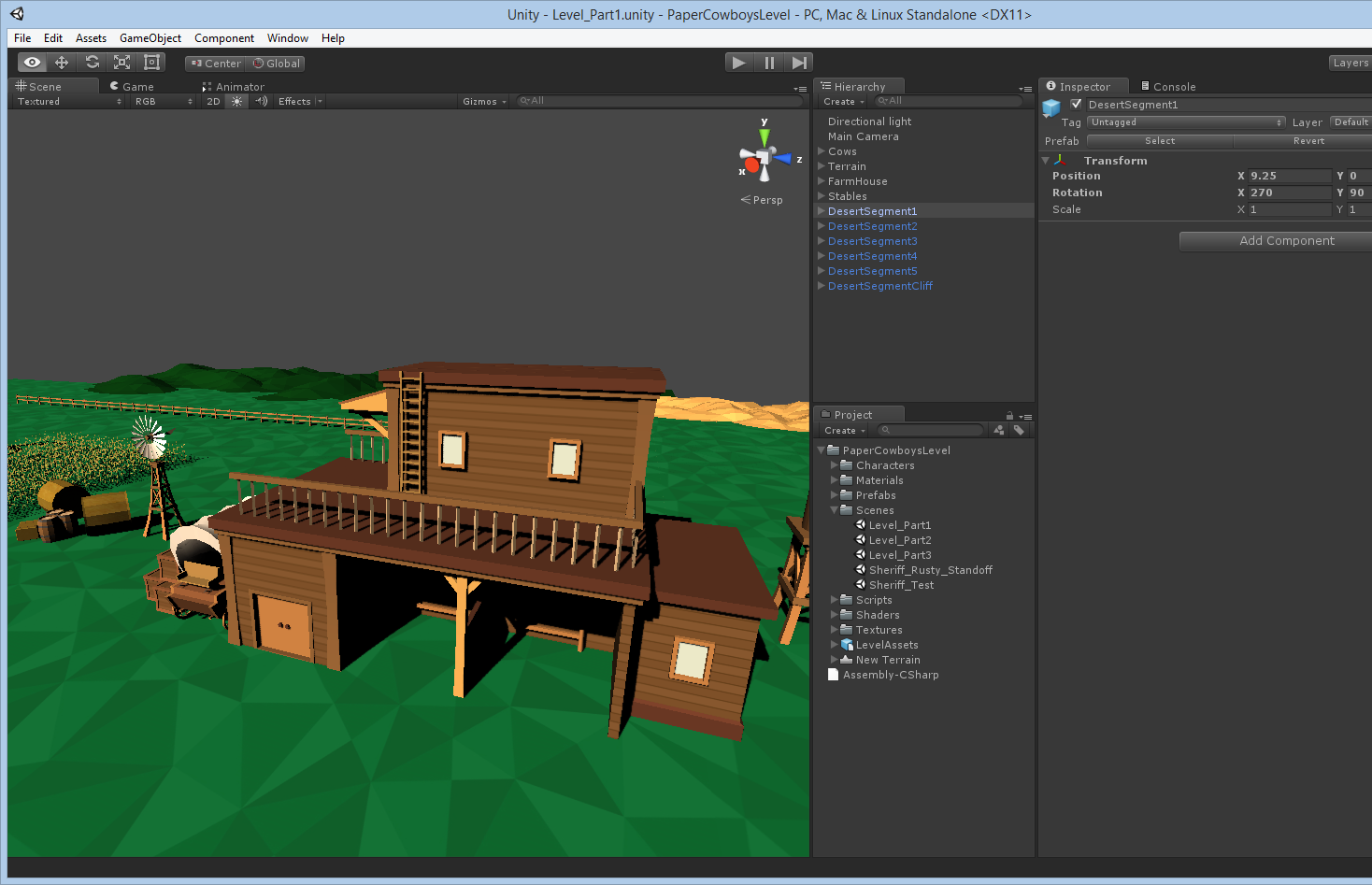 The current step is to remake level 1 of the current Paper Cowboys build in 3D. In doing so I need to follow certain guidelines:

There are also elements in this conversion that are not available in the GameJolt version; including recoil when shooting, knockbacks, muzzle flare, shell casings falling, "look-ahead" camera controls and special weapons. All of those things were inspired by the "Art of Screenshake" video.

I could probably have it all done within a few weeks, but another game of mine, Hyperspace Pinball just got Greenlit so I may be briefly shelving this. See my shameless plug below for details!

The 3D content isn't true papercraft but it's still cartoony and simple. I will try making it more paperish with different shaders; if that doesn't work out then I'll rename the project. I like how it looks right now even though the Sheriff does have a funny strut when walking.

After I have a playable 3D level, I will take movies and screencaps of four-player gameplay. That content will give me the tools I need to promote the game for the purpose of seeing whether it's financially viable to continue development.

There's a ton of content creation left to do and it will be expensive. I need to pass gameplay footage and screenshots along to gaming news sites, possibly to Greenlight too, to see if enough interest can be generated to justify moving forward. I'm also weighing the option of a funding campaign like Kickstarter, but that can easily become an albatross around my neck unless I really know what I'm doing.