EXTRA EXTRA EXTRA! The beta release of Painkeep v2.0 is available for quake players and the moddb community. Get it while its hot.

After 9 long months of squeezing in bits of spare time and struggling with a full time job, and 2 part time jobs (!!) painkeep v2.0 is far enough along in the beta cycle for release. A 6 bot match has been running for 48 hrs with no slow downs or crashes, so I feel confident about releasing now.

Download & install (click here).
The primary focus of this update is painkeep goody enabled bots and visual weapons models. Support is also included for painkeep plus (aka artefacts) and the convenience pak hubs and maps.

Some short bot videos: bot fight 1, bot fight 2
Some feature videos: gravity well action, corpse (from pkplus tomb) action
I plan to add a few more videos of bot action, features and weapons as time goes on, so check back.

You can also load quake 3 maps under DarkPlaces (note: you need quake 3 installed.) 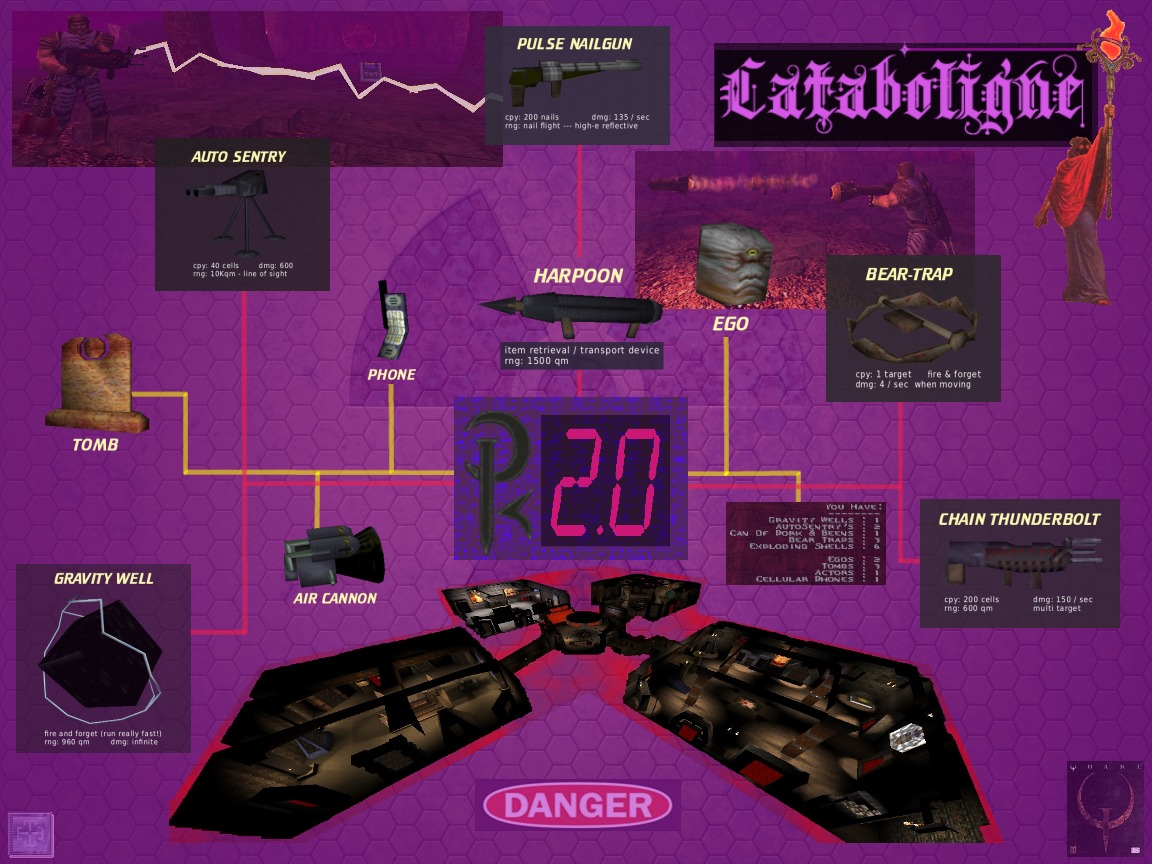 If you ever played painkeep back in the day, or still have fun with quake 1 deathmatch, give this mod a try.