Overfall is a fantasy role-playing game of rough diplomacy and tough action. Explore, negotiate, and fight your way across the high seas! 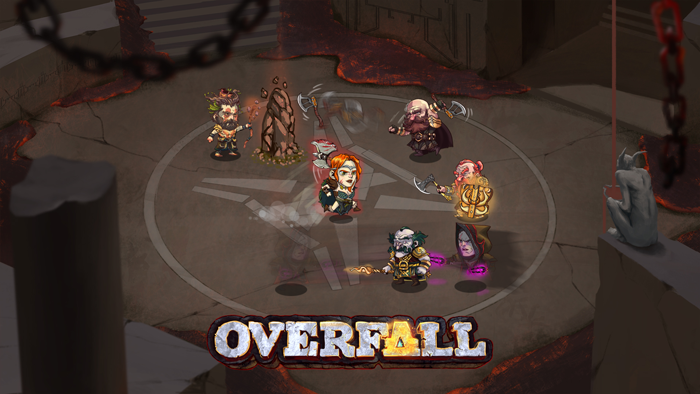 Overfall is a fantasy role-playing game of rough diplomacy and tough action. Explore, negotiate, and fight your way across the high seas!

You have stolen an artifact from another realm, and its guardians have followed you home.

Your mission is simple. The artifact is vital to the survival of your home and your people. Bring it to the king who entrusted you with its recovery before the fearsome Vorn take it back from you by force!

On the way, you’ll sail from island to island in search of supplies, friends, and - dare we say it - a little adventure. On some islands you’ll face raging monsters in battle; on others, you’ll befriend them. You might scavenge some food, stumble across buried treasure, or uncover the strange history of the world you live in - and the bizarre truth of your own destiny 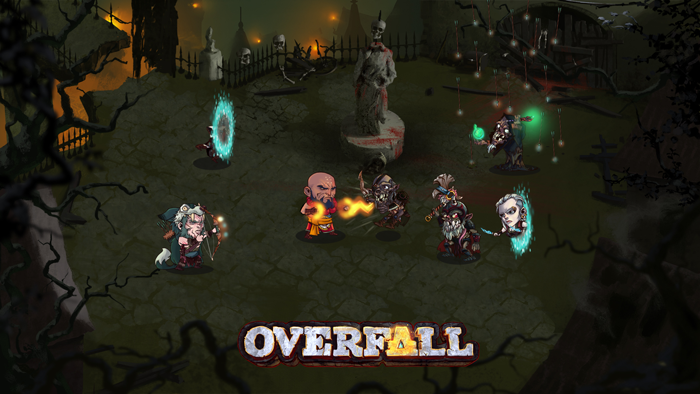 In developing Overfall we’ve taken inspiration from the roguelike genre to achieve its high level of challenge and replayability.

A procedurally-generated world ensures that you’ll be navigating a different world each time you start a game, never knowing quite what to expect from the next island where you make landfall. Permanent death lends urgency to every decision you make in exploration and combat, as failure means starting from the beginning. But it’s not all bad - during play you can encounter a series of unlockable traits, relics and weapons that will allow you to improve and further customize your player characters in subsequent playthroughs.

You’ll start from the beginning each time - but no two beginnings are quite the same. 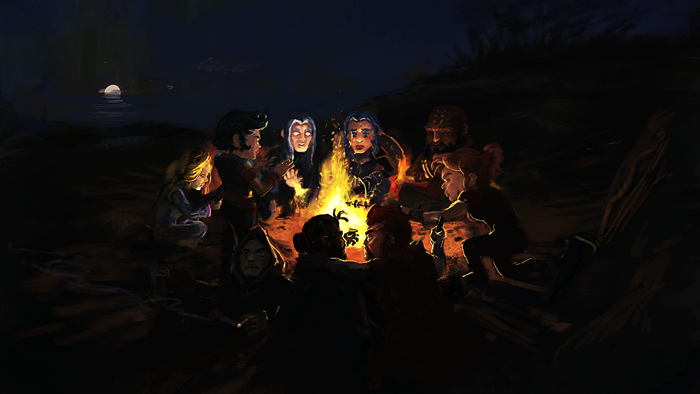 Overfall is a game of exploration and discovery in the face of great risk.

When you aren’t on islands lending aid to the downtrodden, fighting the monstrous or gathering supplies, you’ll be uncovering the world map - a real-time dynamic construct which features allies, enemies, neutral parties and natural obstacles. These agents travel, chase, make landfall and fight in accordance with their needs and goals. Through encounters, you can influence your own reputation with other races and factions, changing how they react to you and to one another on the high seas.

Navigating the ocean is a perilous undertaking. You’ll have to manage your resources carefully to ensure you don’t starve to death far from help, get caught in a storm or the clutches of a sea monster, or overwhelmed by hostile warships.

The sea is a cruel mistress, but it holds great reward for the clever and the courageous.

When you make landfall at one of the many islands in the game’s archipelago, you’ll participate in an encounter. Some encounters are as brief as taking a rest and moving on. Some are vignettes of intrigue, humor or the macabre. Some hint at the forgotten history of the world, and the vast powers that influence it today.

Overfall’s encounters are non-linear and player-driven, allowing for multiple approaches to a scenario depending on the capabilities and inclinations of your player characters and companions. Your Fighter might be tempted to beat the con artist who robbed you to a pulp…but your Rogue knows the sweetest victory comes from beating a man at his own game.

Will you play as an avenger of the weak or a mercenary opportunist? The choice is up to you.

A combat turn in Overfall consists of three phases: movement, utility, and attack. Every player character has powers relating to these phases, meaning every hero brings something to the table. Even the Fighter, renowned in traditional role-playing games for being nothing more than a meat shield or simple melee combatant, is a versatile tactical problem-solver on the battlegrounds of Dys.

But just because every player character is powerful and versatile doesn’t mean they’re invulnerable. Condition management is an important element of all combat - various enemies have powers that can impose crippling status ailments, some of which can block your characters from moving, using utility skills, or attacking on a turn.

This means that no matter how powerful your characters’ upgrades, they can still be left vulnerable - making for combat that retains its urgency and challenge throughout play.

There’s no grinding in Overfall: no enemy is a pushover and no victory is certain.

Overfall tells a story of betrayal and eternity in an age riven by conflict.

The setting is Dys, a high-fantasy ocean world of forgotten histories and remembered grudges. Settlers, misfits, outlaws and conquerors of all breeds and creeds vie for dominance, acceptance, or simply survival in the lawless archipelago. Some of them will oppose you; some will join you.

You play as a pair of adventurers working for an immortal human sorcerer known only as the Everking. At his command you have voyaged through a mysterious portal into another world and stolen the Disk, an artifact of great power. But the Vorn, the Disk’s terrifying guardians, have caught you in the act - and they are surging through the portal to conquer your home!

Your objective is to find the Everking and return the Disk to him, on the way navigating the perilous ocean of Dys and making landfall in search of alliances or precious supplies. But as you progress - and even succeed - in your quest, it will slowly become clear that there is much more to your journey than is at first apparent.

Sail the seas. Turn the tide. Save the world. 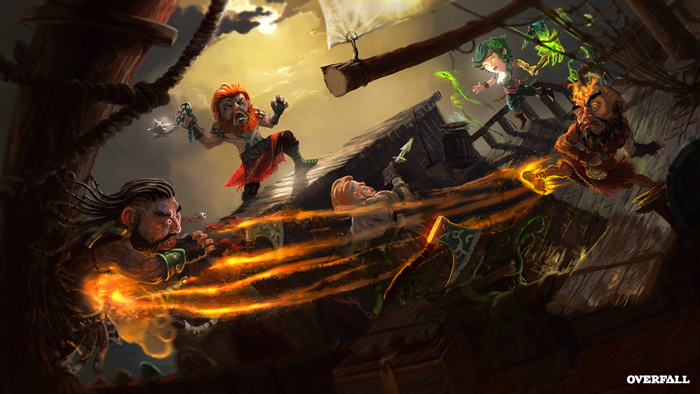 We are in need of honest feedbacks, comments and critics, because we want this game to be as AWESOME as it can! So please do not hesitate to write down anything you want.

Check out our: Steam Concepts Page

Check out our: Dev Blogs

May your heroes never fall !