Hey guys it’s once again time for a little status update so you know where we are, what the situation is, and just who is pushing those strange paper things through my door*. So without further ado, I’ll get to it!

So you may be asking yourself “Gav, OverDose started development when my child was born. He’s now 74 and in a care home. Any chance of this thing coming out before Trump notices he’s Mexican and has him deported?” The easy answer would be… Maybe. Allow me to explain.

OverDose is a big game. Its Call of Duty size without the single player. It’s not an easy task. It’s even less an easy task when you have so few people working on things, currently a single artist and sound designer (Me) and our two coders (lead coder Nicolas and Kevin). Sure, massive games have come and went. Massive games with multimillion dollar deals and thousands of staff working full time. You may even say some indie games have come and gone, which would also be correct. However even the slower indie titles usually consist of 30ish man teams, and that’s making games with simple art and old school 2d gameplay. Making a game with visuals that are still top tier isn’t exactly a quick process. The simple answer would be to dial it back, but we don’t strive for that at [TBG]. If we wanted to, sure, we could cut the corners and do it quicker. But then what would be unique about us? We STILL have, even today, one of the most advanced lighting systems on the planet. We still have the biggest asset per person work load going. We also have the biggest willies going. One of these facts is not true.

It’s complicated. But also very much needed. The easy answer would be more people helping us, which would get things done much quicker. I need an animator right now to help me with our new animation file formats and to give US ideas as to how our tools will work, so that they can say “yeah this is the .wibble animation format from 3d studio max 69, its ace” and we can take it and create the tools. Because let’s not forget, we don’t just great the art, the sound and the code, we also make our own tools. My last update focussed on our own advanced level editor which was far more advanced than Radiant, simply so that people could make custom content for OD with minimal stress. Those kind of things are big to us.

But we don’t get help for free. It’s not something people usually offer up so easily. So our best bet is to pay, but we have no money to pay. If we had the funding, we would be asking people to help a lot more, but alas, that’s something we cannot help. There is a PayPal link at the bottom if you feel this is something you could contribute to however.

But there's a bigger issue, something that I haven’t spoken about a lot here…

I have been working with children of various special needs in schools which was something that really gave me the kick I needed. Having done it for the past 10 years on and off, it was a demanding but very, very satisfying role. However that all changed when I was taken ill in July last year. I’ve since had to leave work because my illness, Chronic Myalgic encephalomyelitis (ME) and Chronic Fatigue Syndrome (CFS), coupled with several other issues that I have been coping with, got to the point where I was housebound most of the time. It gets so bad that most days I can’t even hold things without dropping them. I’ve gone through a few “favourite cups” just recently, promoting the next like it’s going to help some how. It lowers my concentration, and hurts my memory. It also hurts my memory, and lowers my concentration. It’s not fun. So as you can imagine, I’m doing everything I can now while I’m home to work on OverDose, including making new SDK assets that will help people wanting to work with us.

But this is something that could get worse. It will never get “better” as such, I can just learn to live with it. But with the rate it’s gotten worse over the last 8 or 9 months, I’m told that the chance of it deteriorating is high. But believe me, I love three things in life more than anything; My daughter, OverDose, and gaming. So something that will give problems with all three is something I don’t take lightly.

Oh did I mention I had a daughter? Yeah, I have my beautiful little girl, April, named after the one and only April O’Neil, of course, who is now coming up to 8 months old.

So as you can tell the last years been… Stressful. But it’s the reason why I haven’t given up. We don’t do that at [TBG]. In fact there's a bit of a running joke with Nicolas where he will moan he can’t fix a bug, and we just know give him a few minutes and he will respond with “yeah… fixed.” We don’t quit. We don’t take the easy way out. No matter what stands in the way. So development of OverDose may be slow at the moment due to my health but it’s by no means stopped… In fact, let me tell you what’s currently going on with OverDose:

The whole physics and movement code of OverDose was taken out the other month, junked and re-written. This means that very soon, physics will be much more enhanced. Rigid body/skeletal is in, allowing all manner of cool things that we can do, from rag doll on models, to simple physics in the game world such as boxes and bottles moving about. Things shatter when shot, can hurt when propelled through the air at you, and can be used to create obstacles or clear a path. Nicolas has really out done himself yet again in getting this working in such a small space of time. 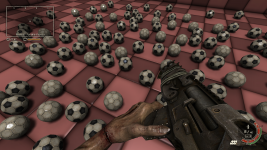 The Heads Up Display (HUD) continues to evolve, displaying more information in subtle ways to help gameplay. You will notice on the later pics several new things, such as weapon firing state indicators, reloading boost indicators, health displays, award displays, game times, scoreboards and more. We have also begun work on the radar, which will work very similar to most radars you see these days with our own twists as usual. Of course, as usual, every element will have a toggle so that the user can disable them as they wish. Unless in Hardcore mode, then you get no HUD at all. Good luck with that. The GUI has had new tweaks, with work on the Player Profile area begun as well. It’s all moving along.

Many, many moons ago, we added the ability to use PBR in OverDose. I’m talking years back. But I didn’t really see a need for it at the time… Yeah, big mistake, right? PBR is something that if you don’t have now, you may as well go home. Well, seeing as it was there all along, I went back and redid EVERY asset again. Thousands of them… All now working correctly with PBR. Good stuff. 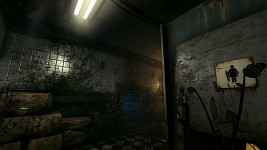 Or Donate? Or laugh at my socks, I dunno, whatever is easier for you? But do know that the team is fully committed to bringing you OverDose at some point before Skynet takes over. Which may be sooner than we all think!

Donating To The OverDose Project

I did originally have a short video by Bob Geldof here, but he didn't like the fact I wouldn't let him rename the game to "Bobs super happy fun time" and had to remove it. Donating to the OverDose project means the world to us. We are passionate, hard working gamers who want nothing more than to see our dream project come to life, but one thing always stands in the way, the time versus money argument. I myself have just recently become a father to a baby girl and work a full time job, so things like funds for new talent is something I just can't afford on my own. Websites, hosting, everything costs money these days. What I will say, is that we keep records of every donator and helper, and those of you who donate over a certain amount receive a pre-order promise, that is once the game is released, because you were a part of its creation, will be gifted a copy of the game. Regardless of contribution, every donator gets their names in the credits, no matter how large or small. So, if you can spare 20p, why not donate and let us life out our dreams. Thank you. 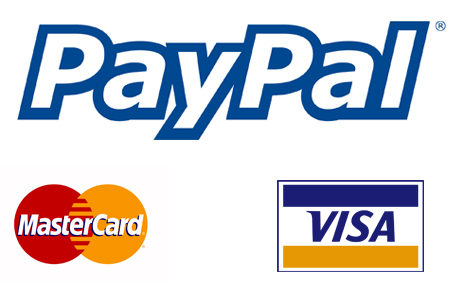 Dont worry man keep up the work! Take as long as you need!

Keep up the awesome work guys!